Hilarious. We’ve got a live look at Hilary sucking his soul right out of Bill. Either that or he’s stoned to the beejezus and can’t move his face. But still, not a good look for this spry HOF specimen being 69 going on 169. Yo, Bill, what’s going on man? I get it. If anyone was forced to hang around with that old hag they’d end up resembling the Crypt Keeper, too. May have to revitalize the soul via a few hundred coeds before taking the oath as the First Wife. Actually, if anything it looks like he’s been getting a little too much action. Or not enough. Never know with Slick Willy. Whatever it is, time for Billy to get his groove back. 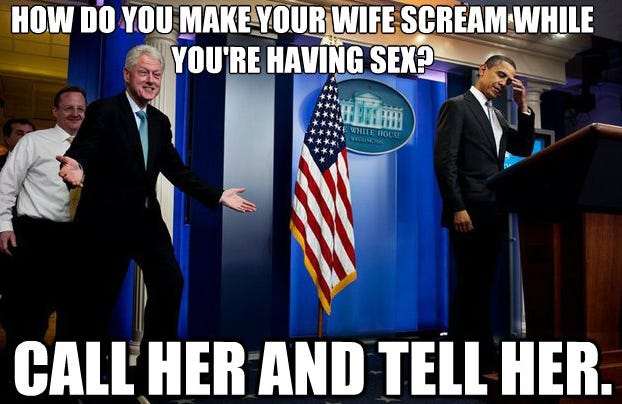