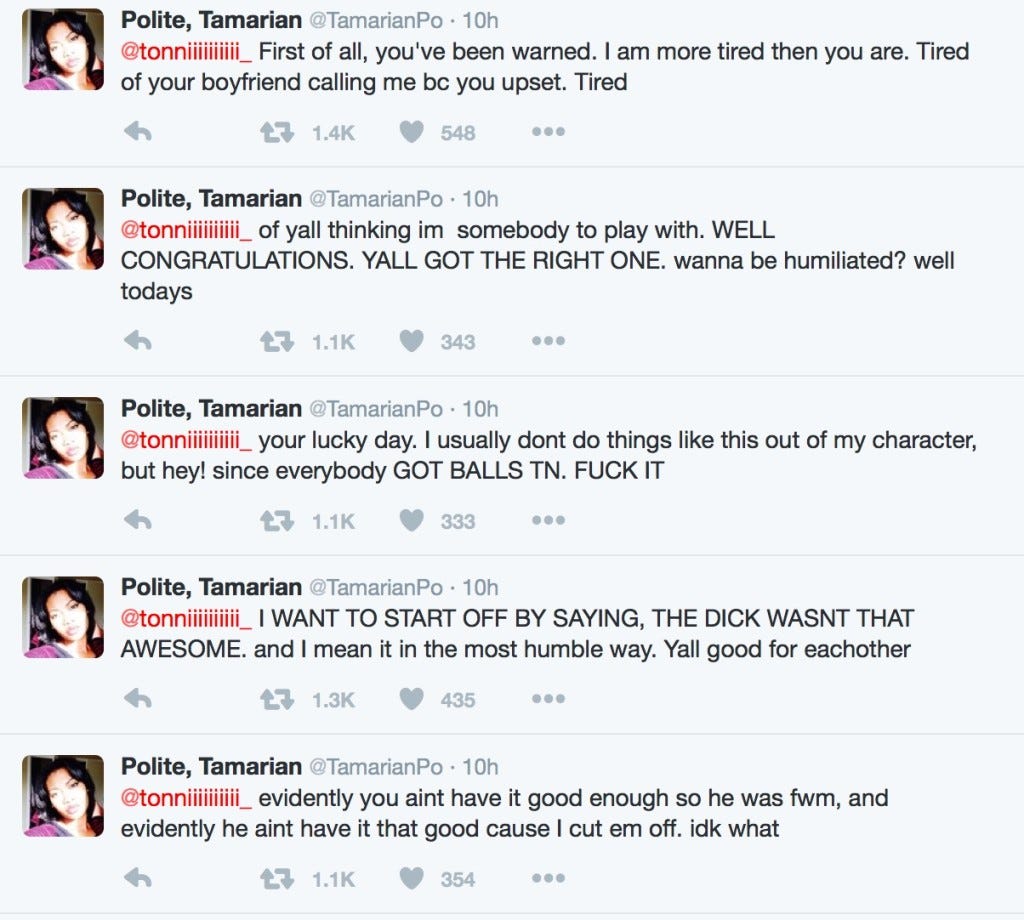 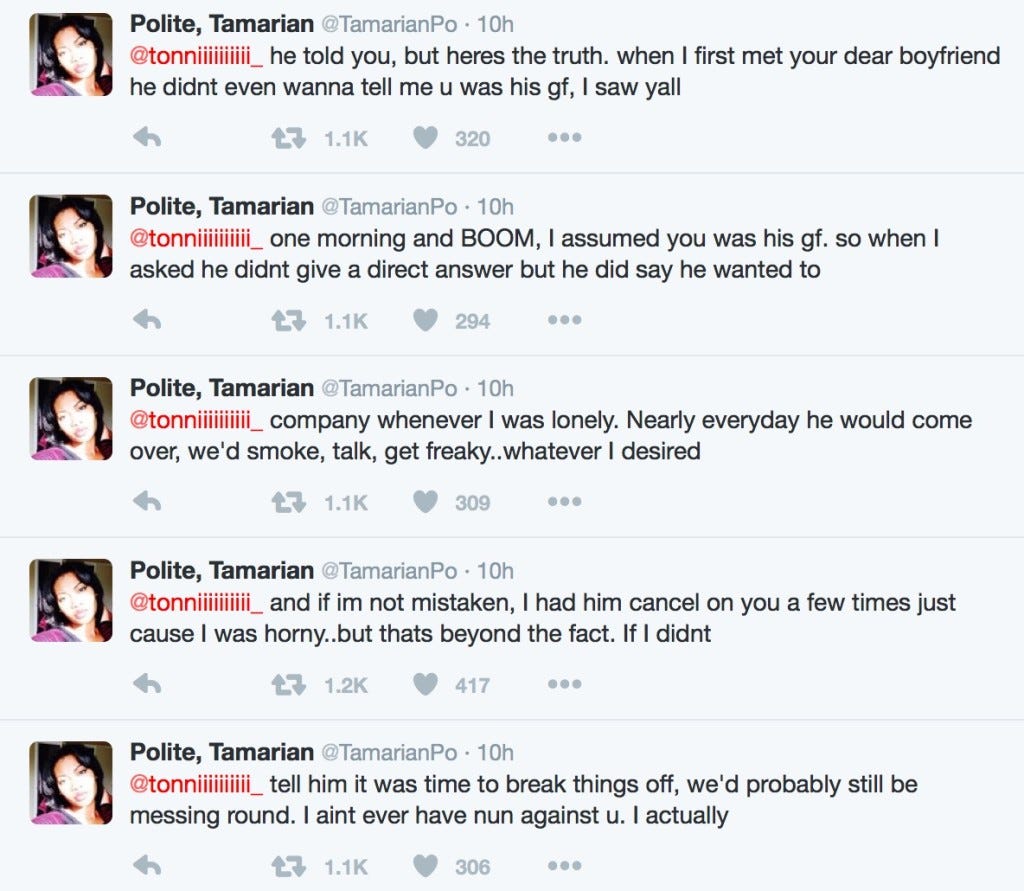 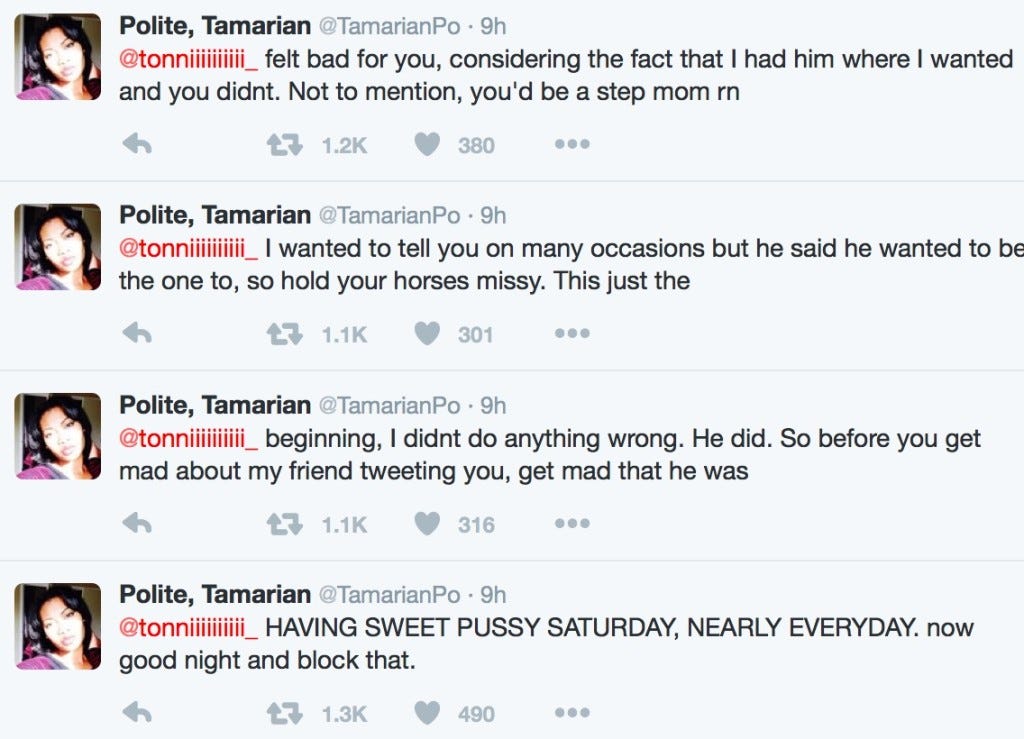 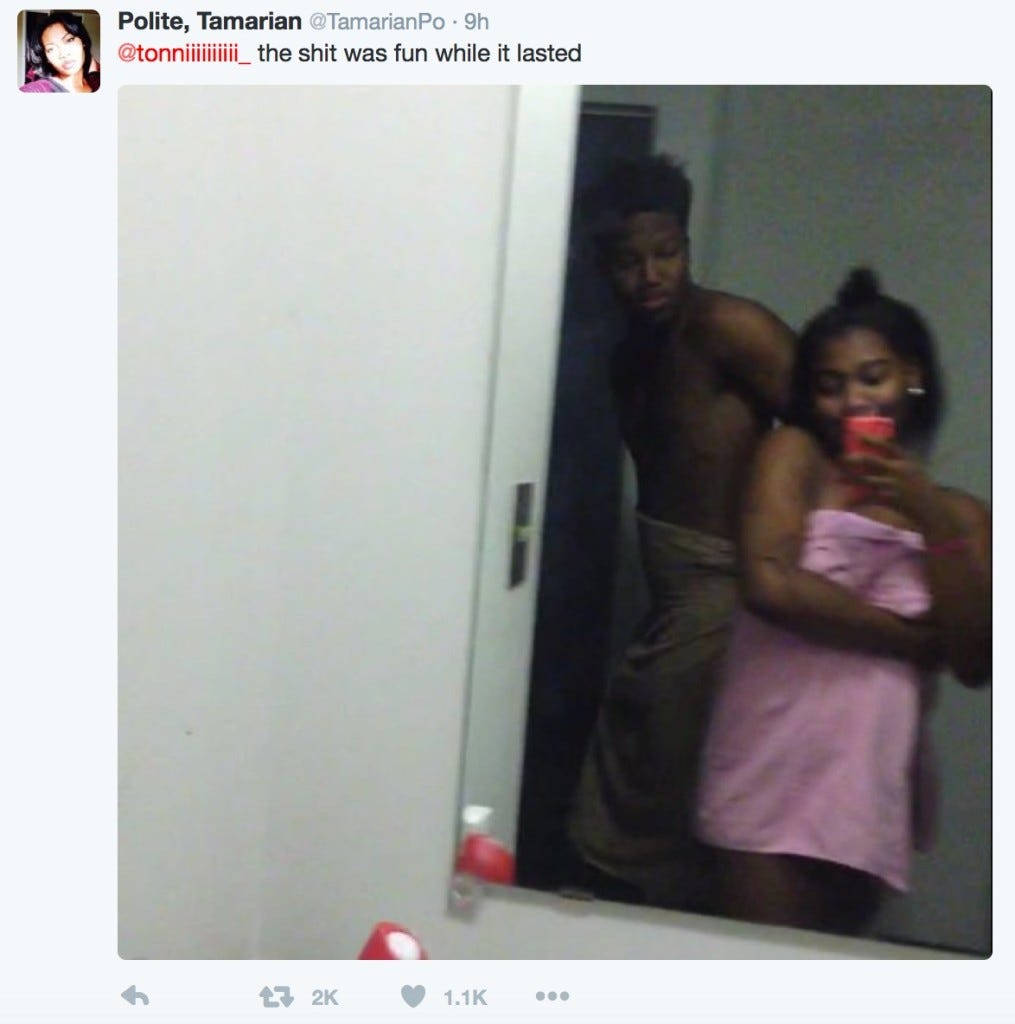 It’s easy to gravitate towards the caps lock dick game insults but I have to point out the master class in side chick logic going on throughout. In my mind, I’ve always thought of side chicks more as the “man without a country” type, no allegiances to anything, just living for themselves and perhaps a faint but unlikely hope the guy will leave his girl for her. But this is just so ruthless, like she’s been passive aggressively trying to fuck with this Toniiiiiiiiii girl’s life for months and now that she got the nerve up to confront her about it, now’s her chance to go in for the kill.

The one thing that seems dishonest is her shitting all over the dude. Maybe he wasn’t slinging the best pipe but it was good enough to keep her willing to pretend like he didn’t have a girlfriend and try to control his schedule like a psycho. You went to all those lengths to keep this dude wrapped up but now all of a sudden getting fucked by him was like getting a microwaved croissant shoved inside you? Fuck outta here. He may be a creep and she may be an idiot for dating him but give the man some credit for roping the both of you in somehow in the first place.

The good news is the guy doing the cheating showed how you handle going viral in circumstances like this with class and dignity: 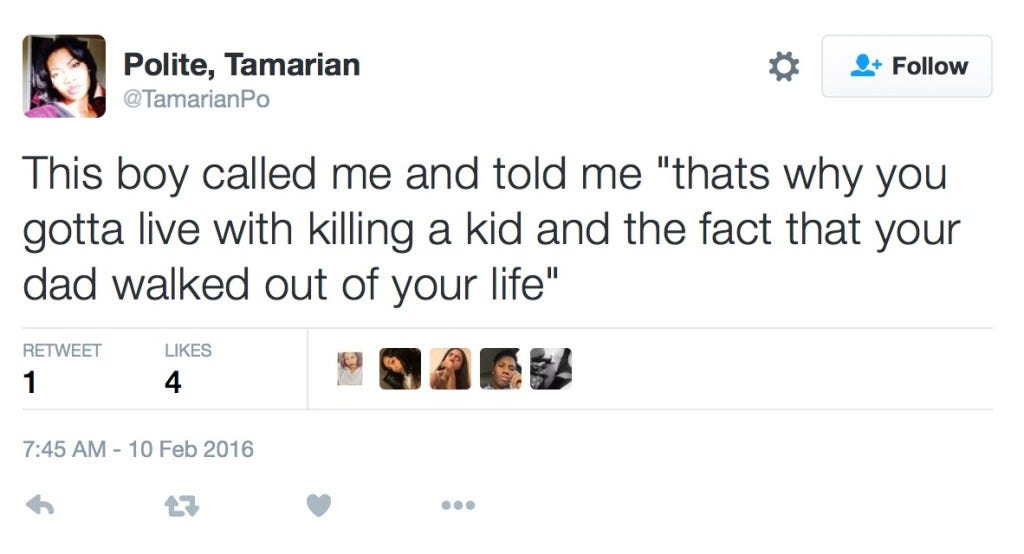