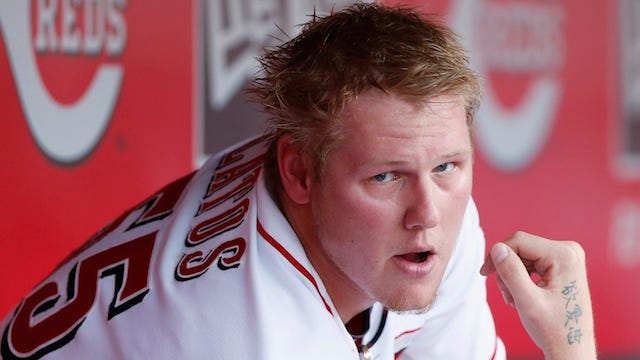 In the last week or ten days, more rumors have come out about the Sox interest in adding rotational depth. It makes sense; per Fangraphs, the Sox are projected to have the 5th best WAR in baseball from the top 3 in their rotation, but the worst projected WAR in all of baseball from their 4th and 5th starters. That’s a HUGE discrepancy.

We as Sox fans have clamored for one more addition after the Frazier and Lawrie upgrades, and rightfully so, as it’s incredibly obvious that their offense needs one more boost, even if it’s not a massive one. For the most part we as Sox fans have largely ignored the back end of the starting rotation, but looking at it under a microscope, it’s an area of major concern as well. That’s why the Sox have been linked in the past few days to names like Jake Odorizzi and to a much lesser extent Yovani Gallardo. In the end they wind up with Latos, which in my humble opinion, is yet another half measure when the narrative surrounding the team is “winning now”.

As of now, adding Latos is nothing more than a depth piece/ Cooper renaissance project. In 2015 he pitched to a tune of 112 innings with a 4.95 ERA and 1.3 WHIP – at a glance, not good. But he also had a respectable 3.72 FIP. If you don’t know what FIP is, it hypothetically places a league average defense behind a pitcher and gives you a more accurate measure of a pitcher’s performance than ERA. With the Sox defensive upgrades leading to hopefully at least a league average defense, if Latos does secure the 5th starter spot and pitches with similar effectiveness as he did in 2015, this was a good signing.

BUT, that’s a big if. Latos hasn’t thrown above 116 innings since 2013. If he can’t stay on the field and (effectively) eat innings, all of this is all irrelevant. With that said, his fastball velocity has dropped every year since 2009, going from an average velocity of about 94 MPH to 90. Scary trend.

On top of all that, apparently Latos is a complete and total clubhouse cancer. I’d assume the Sox consulted with Frazier before the signing as he played with him an X amount of years in Cincinnati, so I’ll try and give him the benefit of the doubt, but when everyone on the planet thinks you’re a fucking asshole, chances are where there’s smoke there’s fire.

Yep, gotta be an asshole.

Latos being a prick and having a few injury plagued seasons in a row isn’t what scares me about this signing, however. The deal was worth $3MM guaranteed, so there’s no doubt he’s going to be with the Sox on opening day. FUCK that. Sox fans know all too well that players tied to any significant amount of money, sans Jeff Keppinger, are basically secured a spot on the roster regardless of performance. If Latos is an asshole but throws up a respectable season, I can live with that. What I can’t live with is him pitching like shit but is still getting starts in a toss up of a division where where every single win is gonna matter. They better have a VERY short leash with him.

Hopefully it lights a bit of a fire under Johnson and/or Danks asses and the addition helps elevate their performances. After all, competition breeds success. Maybe Coop can work his magic and get the best out of Latos, maybe not. Now go out and sign Dexter Fowler and call it an offseason.

PS – spelling your name “Mat” instead of “Matt” is sociopathic behavior