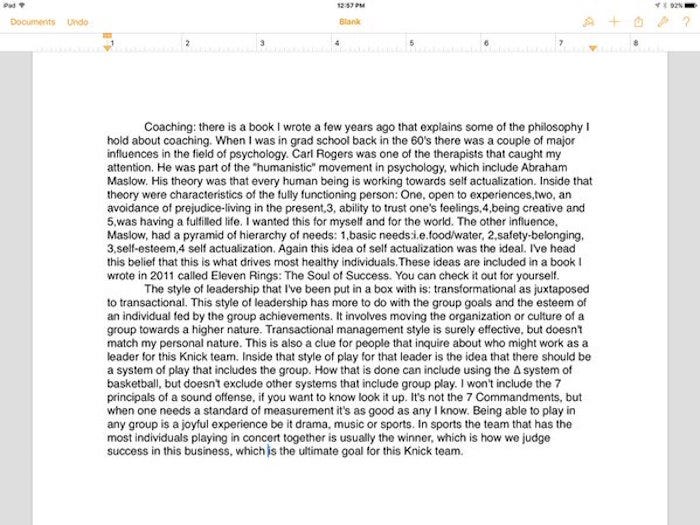 Typical Zen Master.  While other executives and coaches have mastered social media and emojis, the Zen Master continues to keep it one hunnid (thousand characters).  Phil, writing a thesis on the pillars of basketball and your beliefs in team unity is not goink to get us a Kevin Durant or Russell Westbrook.  Releasing a rambling statement via Pages on your iPad doesn’t make you look smart or willing to accept technology.  It makes you seem like Creed from The Office when Ryan sets him up with his own blog.

Now if you want to look at this thing glass half full, at least he didn’t type it in Notes like most grandparents would.  Then again, writing a document like that while (most likely) being in a remote part of Montana is more Ted Kaczynski than R.C. Buford.  Clean it up, Phillip.  This is the tweet/document that Knicks fans want to see.