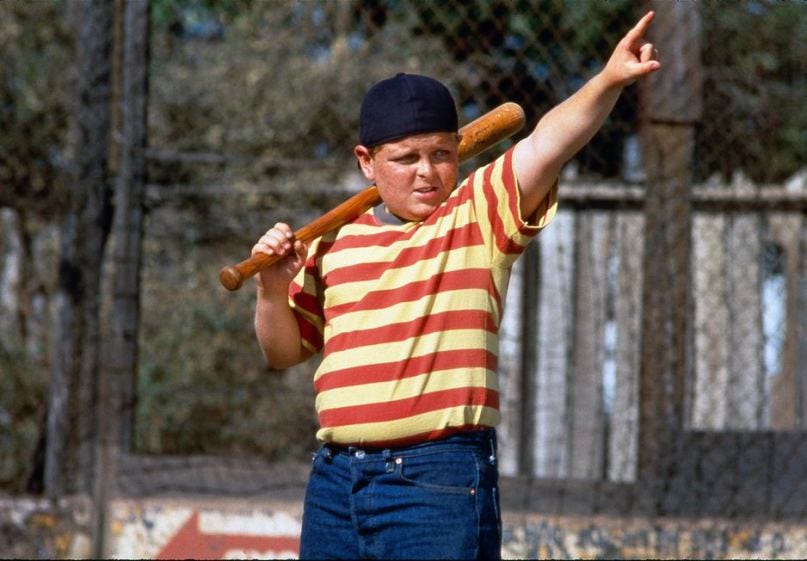 In Honor of Barstool Baseball having launched this week, I think it’s only proper that we help christen it with a blog about the best baseball movies of all time. I’m not really a list guy and, while compiling this, I soon learned it will be one of the most difficult undertakings of my young blogging life. I must have written down 20+ that I could think of off the top of my head and having to leave out some of these classics is just heartbreaking.

Obviously, this list is subjective and before we get started lets touch on some important category’s first.

Runner Up: Susan Sarandon in Bull Durham. She is such a little minx, ruining careers and flashing side boob for the boys. But she is more 70s-80s hot, a little before my time. 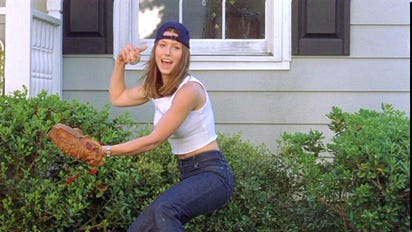 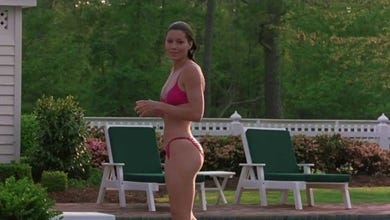 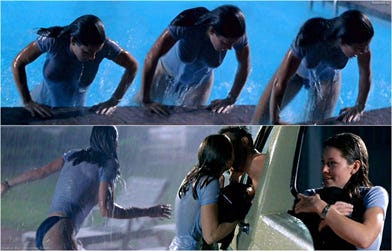 …and it’s not even close. This was Jessica Biel’s coming out party. We all knew she was the hot older sister in 7th Heaven, but boy did our jaws drop when we saw this.

Honorable Mentions: Mike Vitar “Benny the Jet” (The Sandlot) Kevin Costner (Bull Durham) Geena Davis (A League Of Their Own)

Runner Up: Robert Redford in The Natural. You can definitely tell he had a sweet stroke back in his day and keep in mind he was about 50 years old when this movie came out.

Winner: Charlie Sheen in Major League I, II and Eight Men Out

The high leg kick, the balance, he just looks like a pitcher. A little research will tell you that he played in High School and was actually a pretty decent player too. Even as Hap Felch in Eight Men Out, you can just see the ball player swagger in him.

Runner Up: Rachel Phelps in Major League. The whole movie she has that deathly stare, the same look my Italian mother would give me if I told her I wasn’t hungry for pasta. No hot water in the shower, a broken whirlpool, and a team plane held together by duct tape is as evil as it gets. Who can blame her though, why the hell would anyone want to stay in Cleveland?

Winner: The Beast in Sandlot 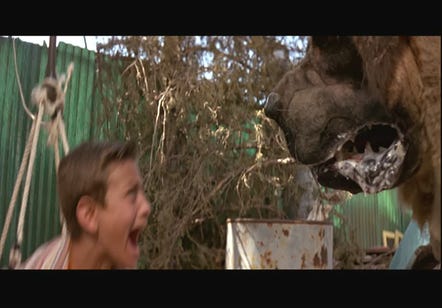 My prized possession growing up was my Ken Griffey Jr. autographed baseball and to think of that ball being hoarded by the most perfect junkyard dog that ever lived, well that was my nightmare. Sure he returned all the baseballs and later became the sandlot mascot. It still doesn’t negate the fact that many hours of practice and pick up games were lost, not to mention years of fear, because of the Beast.

Smitty already blogged about this here. My only qualm is that I would probably add George Knox into my top 5 and switch Jimmy Dugan and Lou Brown.

2. Trouble with the Curve – kind of a watered down Clint Eastwood film, but a solid baseball movie. Plus, Amy Adams plays a lawyer/ baseball scouts daughter/amateur scout herself, basically everything I am looking for in a woman.

3. When It Was A Game and Ken Burns Baseball – throwback documentaries. Used to watch these all the time with my dad, who is an even bigger baseball guy than I am. Solid content, but regardless if baseball is your thing or not, these will probably put you to sleep.

I almost left these out and the only reason they are on my list is because of Griffey. Watching him rob that homerun off Lou in LBL and crank one off Freddie Prinze Jr’s in his first MLB appearance always brings a smile to my face.

9. Angels in the Outfield

Washed up George Knox is stuck managing a bunch of has beens and never was’s. He’s ready to go all the way back to fundamentals until orphans, Joseph Gordon Levitt and his black companion who grew up in a car, become his most important assets. JGL needs the angels to win the pennant to see his dad again so he befriends head angel, Al. Al and his team of angels work alongside the California Angels and guide them all the way to the championship. I was always curious why none of the other teams were questioning the nature of these wins, but we’ll save that conversation for another time. Chain smoker Mel Clark throws a 225 pitch complete game victory and the Angels win the pennant. The two boys are adopted by Knox and everyone lives happily ever after. Just one of those flicks that always brings back those nostalgia boners and is a necessity in any top 10.

8. Rookie of the Year

The last time you’ll ever see the Cubs win something and all because of a 12 year old kid with a freak arm. The question that still bothers me is how does Heddo not crush that floated pitch anyway? An All Star cast of Chet Steadman, the Sticky Bandit and John Candy is a big reason why this movie is 8th on my list.

7. A League of Their Own

The movie that taught us there is no crying in baseball is a hard one to hate. While all the men were at war it was the women who kept the status quo. The greatest part about this movie is that the girls are actually playing live ball. They spent like 8 months participating in baseball training before they even started filming. “All the Way” Mae smoking up the screen and Jimmy Dugan advising youngsters to “Avoid the Clap” makes a League of Their Own a classic.

The first baseball movie that gives a glimpse of just how shitty Minor League baseball life truly is. Crash Davis perfectly portrays a minor league lifer that never gave up the dream of having that “Cup of coffee” again despite his age, a manipulative groupie and hot shot rookie.

I’ve asked a lot of people where this one falls on their list and the majority of them tell me they have never even seen it. Literally, mind boggling. This is as much of a story about American History as it is baseball. Imagine now if a team threw a championship series, let alone a game. It would be mayhem. This kind of stuff happened all the time back in the day. Just so happened the 1919 Black Sox were caught and ultimately, banned for life.

When Ray Kinsella finally has a catch with his dad…you don’t have soul if you don’t break down every time. This is the quintessential, sit down with your pops, and watch movie. Other than John Q, this is the only other movie I can remember tearing up to.

The ultimate fantasy movie. The story of a man playing the game the way it is supposed to be played. The American Dream is on display in the form of Roy Hobbs, a ballplayer who refuses to give up his passion despite numerous set-backs. If you are into unrealistic home runs, woodworking, and 1980s Kim Basinger, than this is the movie for you. Solid stat line too by Hobbs.

If you’re a 90s kid, than than this is most likely on your list of all time favorites. It’s the movie that brings you back to your childhood. Everyone in their friend group had a Benny, a Smalls and a Porter. Sandlot just reminds you of all the dumb shenanigans you used to get into and the awkwardness of your pubescent years. I can’t think of a baseball movie more quotable either.

Not even a question here. Major League is timeless and laugh out loud funny still to this day. Even when it’s on Comedy Central and the billion commercials they air, I’m watching all the way through. Great baseball movie, inspirational and of course, Bob Uecker.