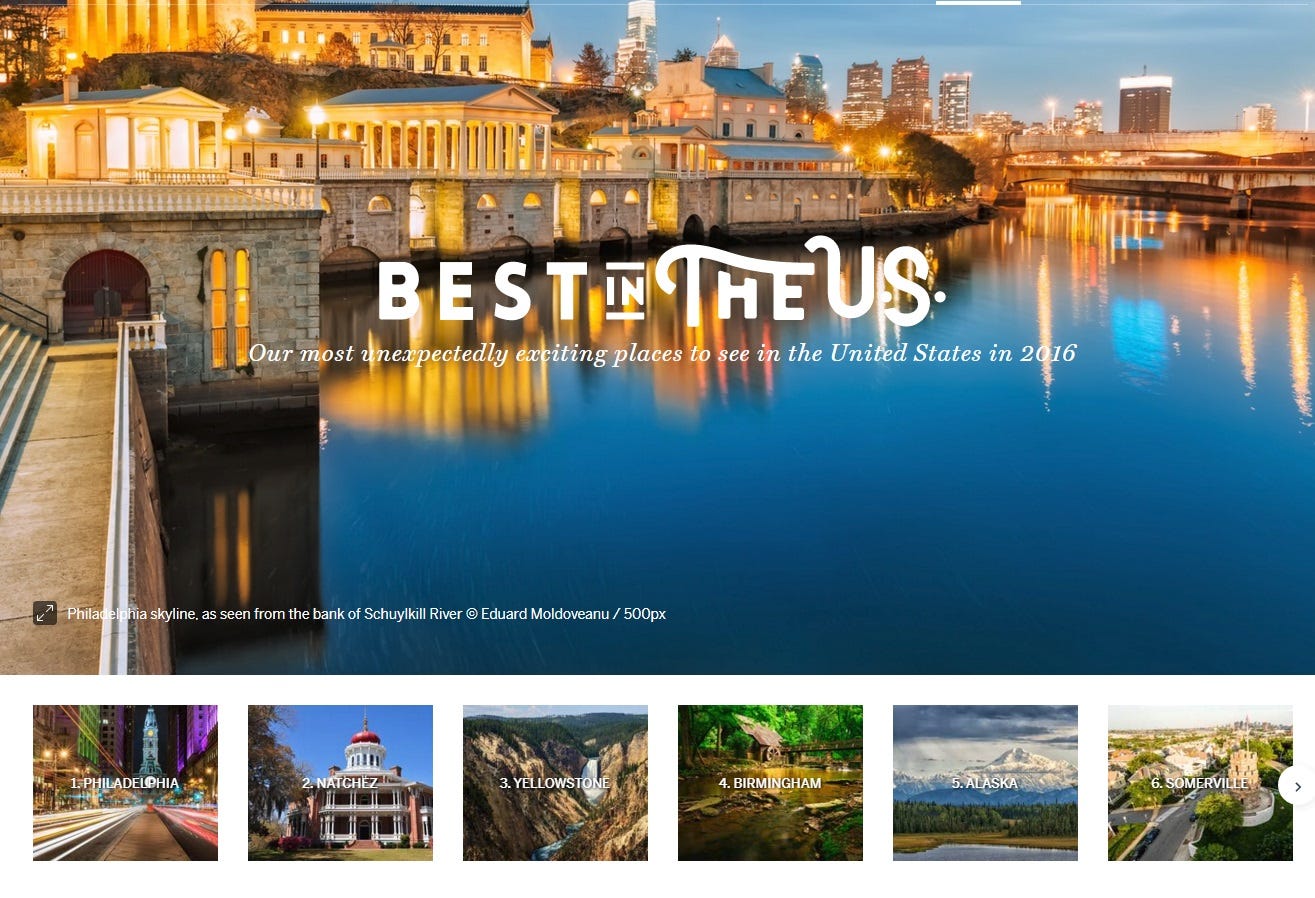 LonelyPlanet – Visited by Pope Francis, hosting the Democratic National Convention in July, and freshly crowned as the US’s first and only World Heritage City (joining the ranks of Cairo, Paris and Jerusalem), Philly’s on a roll. NYC’s more neighborly neighbor is experiencing a transformation to its urban core, as many US cities are right now. Craft breweries? Check. Hot new locavore restaurants? Big check. But Philadelphia is steadfastly managing to retain its historic roots and gritty flavor, as well as its affordability – a pleasant surprise for a city so cosmopolitan and accessible. Hands up to the sky, Rocky fans: celebrate the film’s 40th anniversary in 2016 with a sprint up the 72 steps of the Philadelphia Museum of Art.

Eat shit, Natchez (Googles location), Mississippi! We’re #1! How? The fuck if I know. Especially on a list that values such iconic scenic places as Yellowstone and Alaska in their Top 5. I would like to see the actual tour this cat took through town before declaring it the winner. Because nothing says atmospheric beauty like SEPTA and a homeless guy on Market Street ready, able, and willing to drop his pants for a few nickels.

I love this city and I think it’s devastatingly underrated by outsiders. The history, food, culture, young people, beer, nightlife – It’s all top notch (if you know what you’re doing and where to go). This city really has it’s shit together and it’s only going to get better. Still, being the #1 destination city on this list is puzzling, but hey, we’ll take our victories when we can. Now cue up gigantic Ben Franklin making an even bigger Cheesesteak ejaculate Whiz, because #Tourism!