Not a bad night, but not great…missed out on the 300 mark. 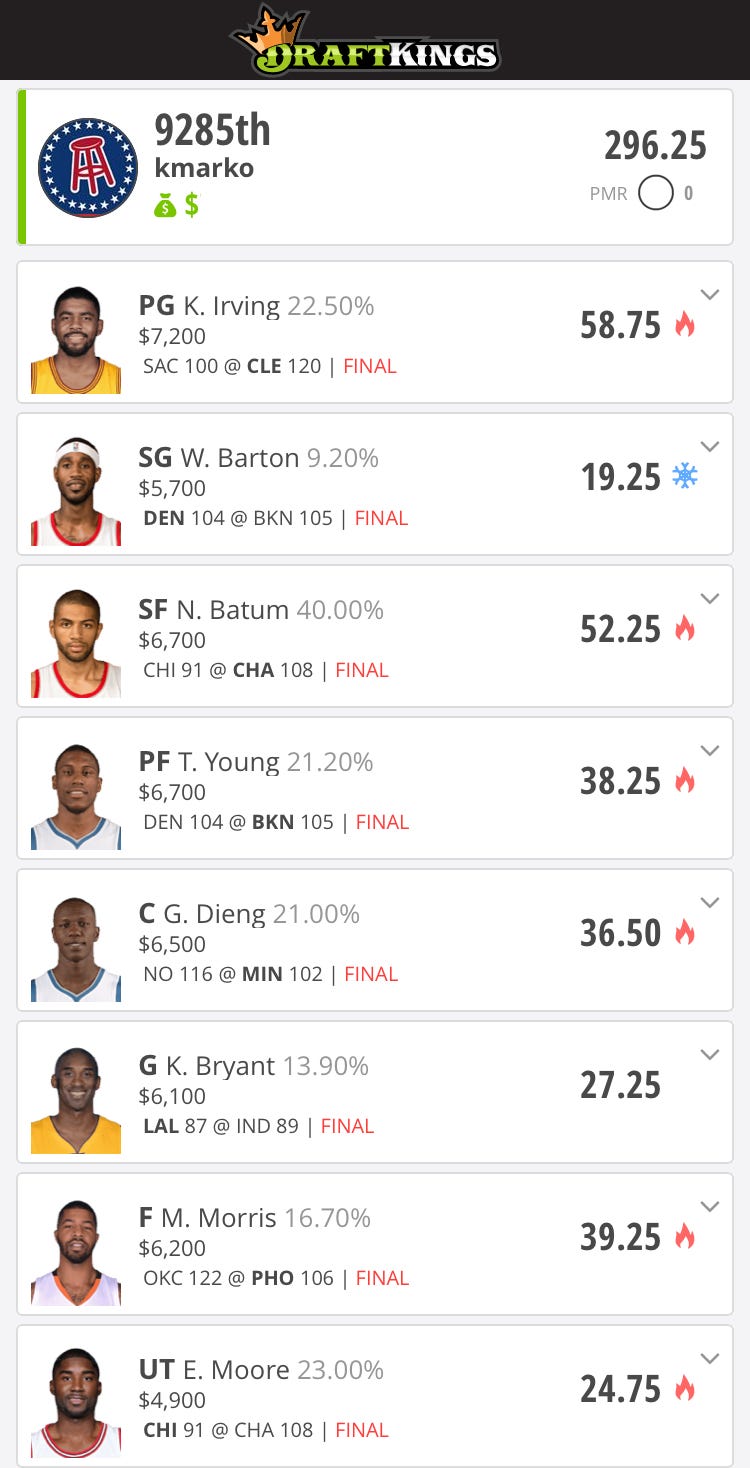 Blog picks were solid, got 120 points out of Anthony Davis, Batum and Moore. I wasn’t able to squeeze Brow into my optimal lineup here, which worked out ok because he didn’t get enough value. Batum crushed it, and Moore was fine as the value play.

Kyrie crushed as well – really the only place I totally missed was Barton, who was in a ton of my lineups. Surprised he bombed.

Shorter slate tonight so let’s jump into it, three plays from the three price tiers. 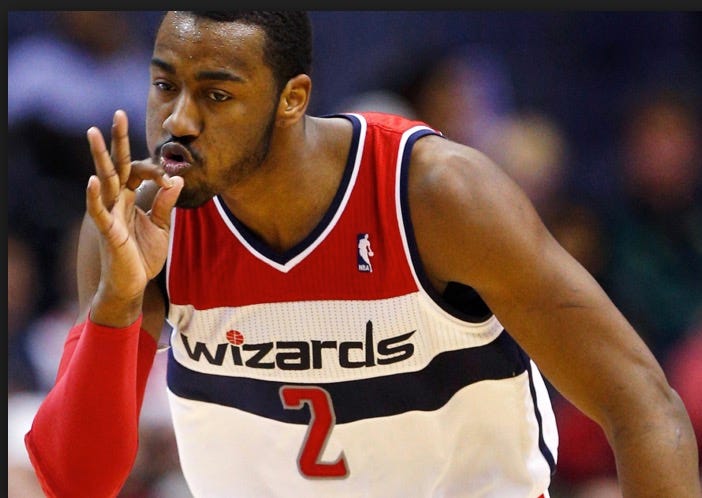 As much as it pains me to not take Curry or Harden going head to head in the late game, I gotta roll with John Wall here. Trust me, I will try to get as much Curry as I can, but getting Wall for a full thousand bucks cheaper seems like the smart move, especially when you look at some of the games he’s been putting up lately. 70 point upside and the 3rd highest priced guy on the board just makes smart economic sense. Oh and I love taking guys at MSG – the Mecca brings out the best in people. 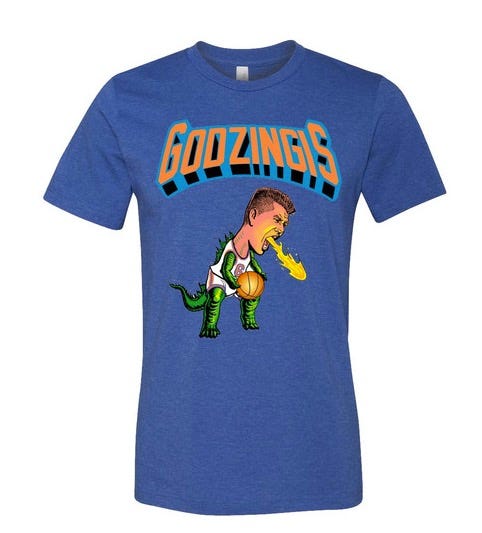 As much as I love Porzingis in real life, I try as hard as I can to avoid him in fantasy – he’s been consistently overpriced, and seems like he drops way more duds than he should for his cost. Soooo many 20, 25 point games. But, he’s had two huge games in a row, and now a coaching change has me very interested for tonight. I have a gut hunch that Rambis is going to get his big guys going tonight, and I like Kristaps’ chances of breaking 40 again. Definitely not the most confident I’ve been about a pick, but I’m sticking with it. 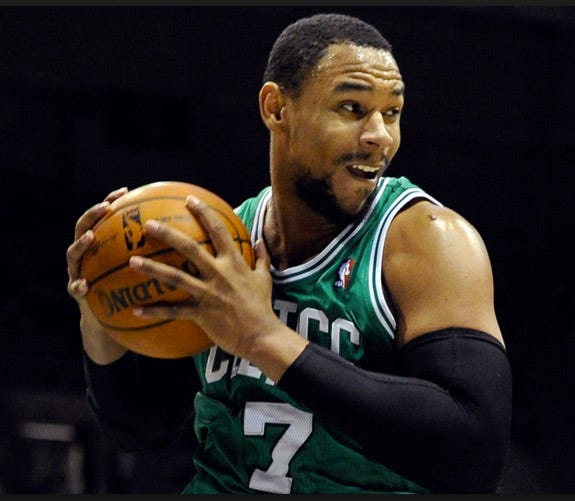 Sully has been off my radar basically all year, but after 3 good games in a row and getting bumped up for more minutes in the rotation, I think I can finally make him my value play. He’s a double double threat and has solid 40 point upside against that Milwaukee interior D – on a night that you can get Gobert and Gortat pretty cheap, I like the idea of paying down here and spending up at a different position.

PG: It’s Wall or Curry for top billing, bust don’t sleep on Isaiah Thomas down there. MCW is always a boom or bust dart throw, Dragic has been solid, and Bayless and Neto are possible value plays.

SG: Harden is Harden, but I think Klay might be my favorite play here, price considered. Evan Turner has been really good, and Rodney Hood doesn’t jump off the page but is a solid play.

SF: Otto Porter for me – Giannis or Hayward if you’re spending up.

PF: Love Draymond’s spot, and Favors too for pretty cheap. Aldridge has been great with Duncan out, and David West is the value play getting his minutes.

C: Monroe, Gobert, and Gortat are all toss ups for best play here.