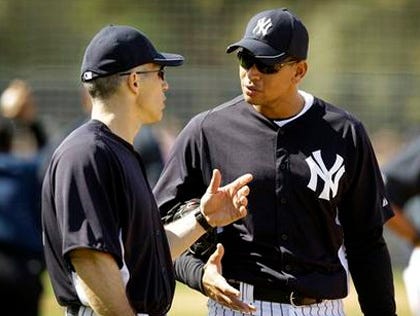 Fox News – Despite the recent scandals, injuries, suspensions and other controversies continuously surrounding him, Alex Rodriguez has always seemed most comfortable when on the baseball field, playing the game that put him on the map.

Rodriguez is signed with the Yankees through 2017, and the relationship between him and the New York ball club has seen it’s share of ups and downs over the years. So whether or not the 40-year-old continues to even play in the Bronx — or elsewhere — remains to be seen.

But when A-Rod’s playing days do actually come to an end, Yankees reliever Andrew Miller thinks his teammate could stick around in baseball, and make it as a manger.

“I’ve been blown away by Alex Rodriguez,” Miller recently told FanGraphs. “Does he have any desire to manage in the major leagues? He’s made something like $400 million in his career, so maybe not. But the way he sees the game has blown me away. You hear our hitters talk about his insights, whether it’s pitch sequencing or lineup matters. Whatever it may be, Alex has a really advanced grasp.”

Of course A-Rod would make a great manager. His baseball IQ is off the charts and he’s gone through every up and down you can go through within the game of baseball. He’s been the best player in the regular season and the playoffs, and also had crippling slumps. He’s been the best player in baseball, and the most hated. Literally every extreme a person can experience A-Rod has gone through and just last season he found middle ground to be a normal guy playing the game of baseball, and he has thrived as a leader.

Last season we saw him working with a slumping Didi and heard stories about him taking rookies out and buying them suits, so they could look the part of a big league ball player. We saw his leadership both on and off the field with the way he played and the way he interacted with the media and lastly we saw his knowledge on full display in the playoffs. You wrap all of that up and give him a coaching job to get some experience and next thing you know he could be a great MLB manager. I mean if Manny can be a coach, why can’t one of the greatest to play the game get a shot.

Unfortunately for A-Rod lovers like me, we probably won’t see this happen. A-Rod will have made more that $400mil on the field, plus whatever endorsements he had when he was one of the most dominant players in the game so he won’t need the salary. A-Rod is like Jeter and has made too much money to work for someone else. Instead he will probably just take over the world, once he can get his website working. Just like Barstool. 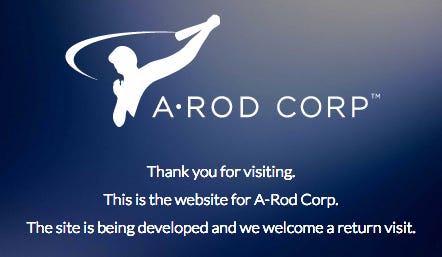