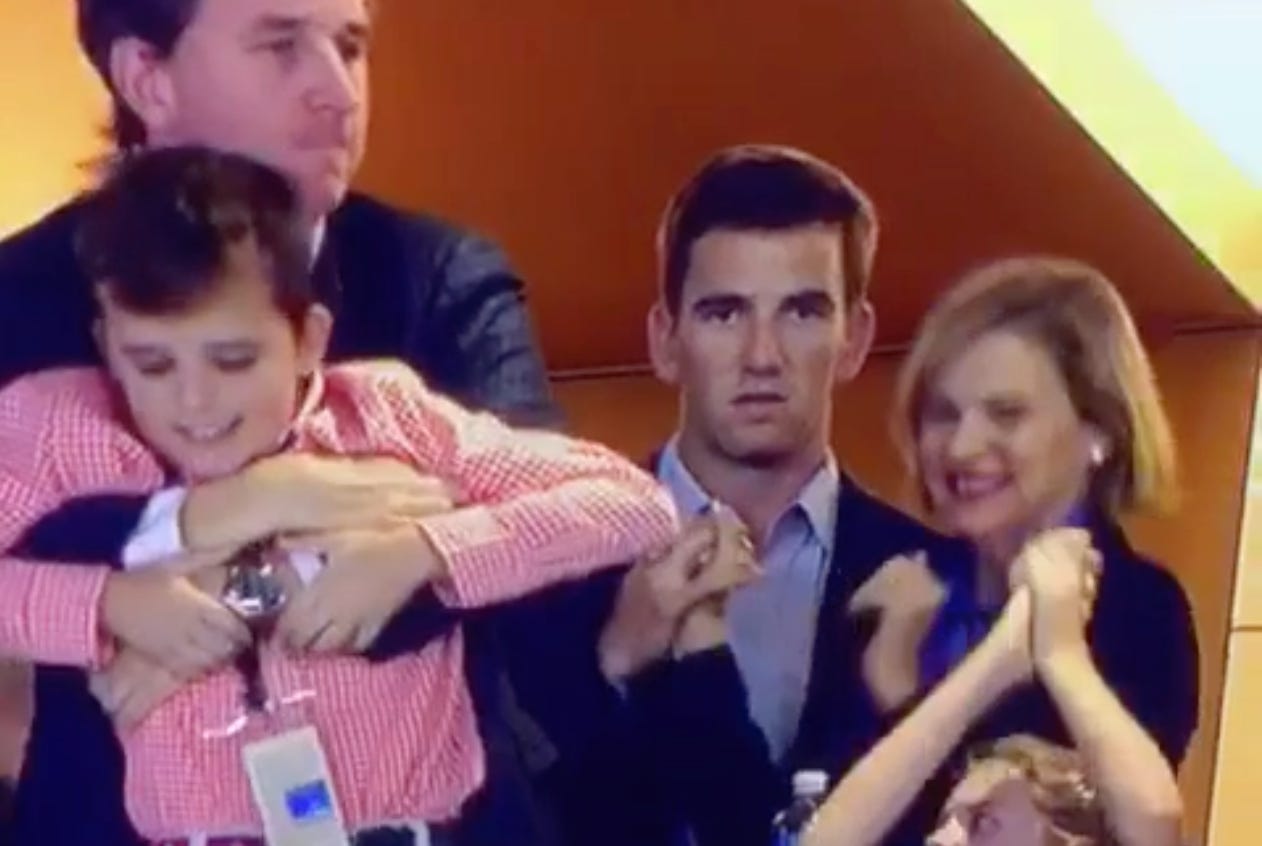 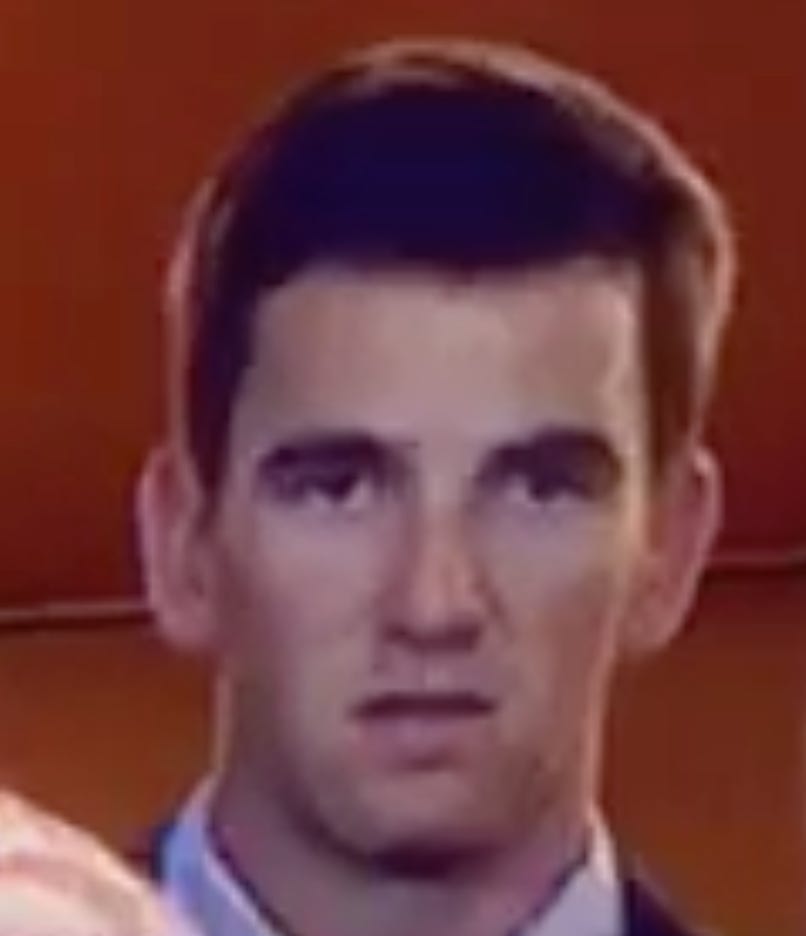 NY Daily News – If Eli Manning has learned anything from playing with the Giants, it is that a two-score lead with about a minute left on the clock is far from safe. In a video posted on TMZSports.com, Eli tried to explain his blank look after the Broncos scored what turned out to be the touchdown that clinched Super Bowl 50: The Giants signal-caller said he was thinking hard about whether brother Peyton’s team should kick the extra point or go for two.  “I was just focused on whether they’d go for two and uh, the defense had to step up and make some stops,” Eli said to the cameraman. Manning’s poker face went viral — he was seen in a luxury box with the stare of a man waiting for a bus as his brother’s team scored the touchdown that pretty much won the Super Bowl. When asked if he saw the memes and thought they were funny, he said: “Yeah. It’s all good stuff.”

Well there’s your answer, folks. Its a pretty solid answer too. Math is hard. And anyone who’s done some math in their head before knows you can freeze up like a statue. Its weird how your body does that. Its like I need 100% of my brain to do mental math. Can’t spare any brainpower to tell my arms and legs to keep moving or my face to look normal. All engines are currently working 22 + 2 – 20. 20 + 3. 20 + 7. All the different scenarios. It just so happens that Eli is goofier than us so his Math Face looks particularly weird. You should see him at dinner when he’s trying to calculate the bill: 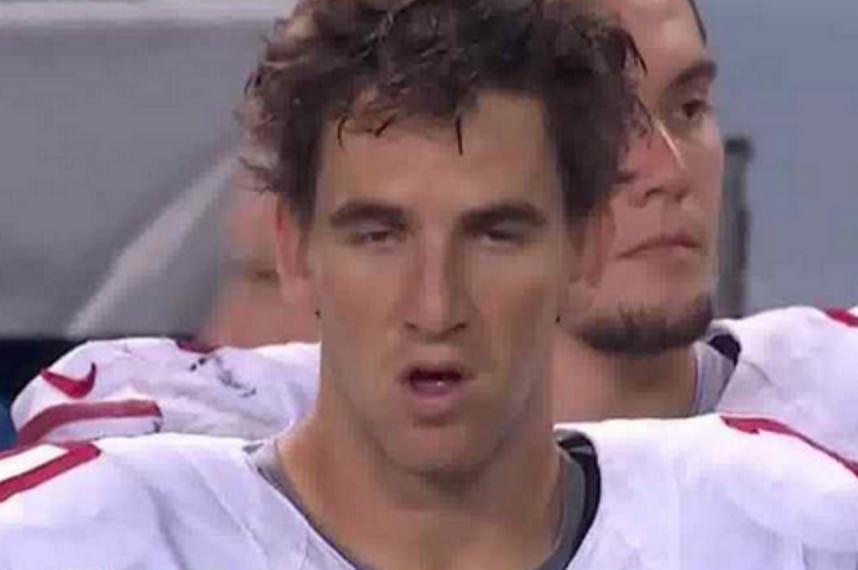 Wait tax was included or not included? 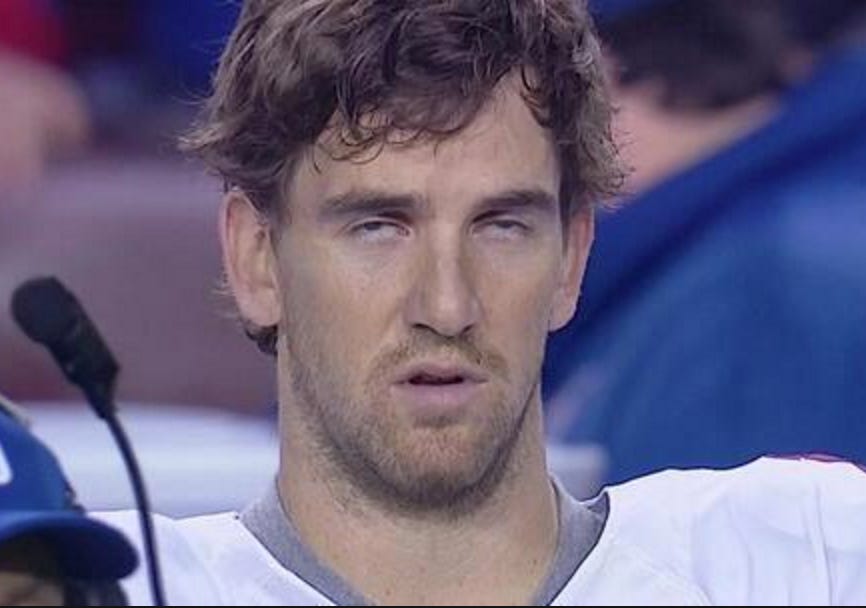 Do you tip on alcohol? 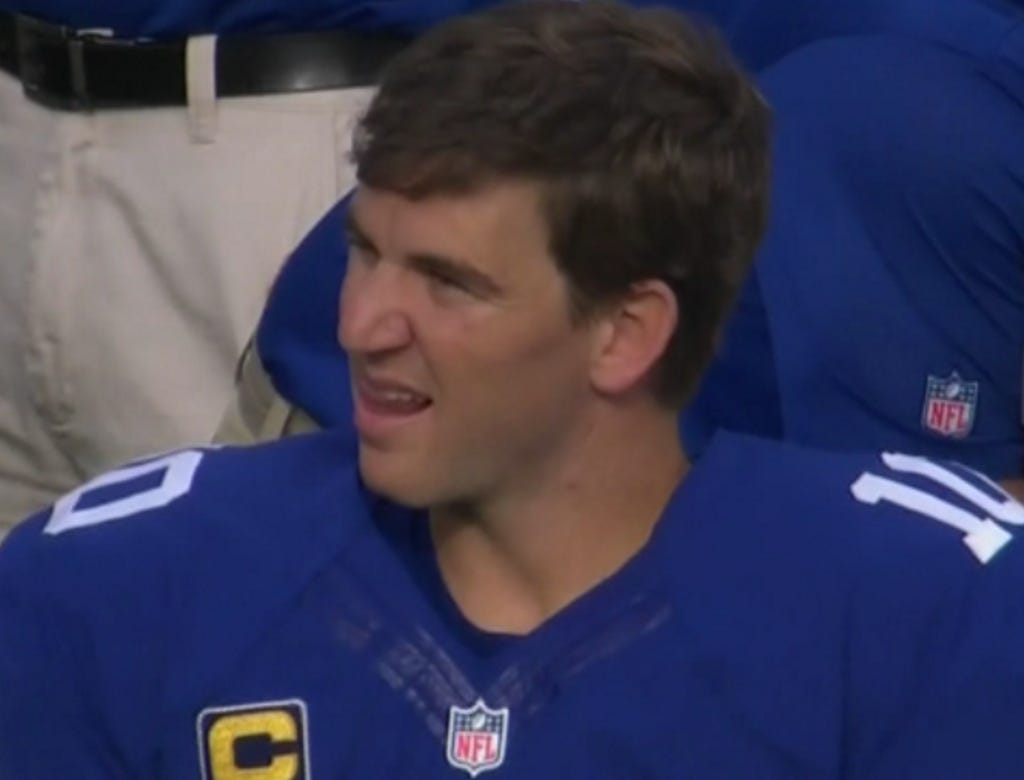 Fuck it, I give up, this is too hard 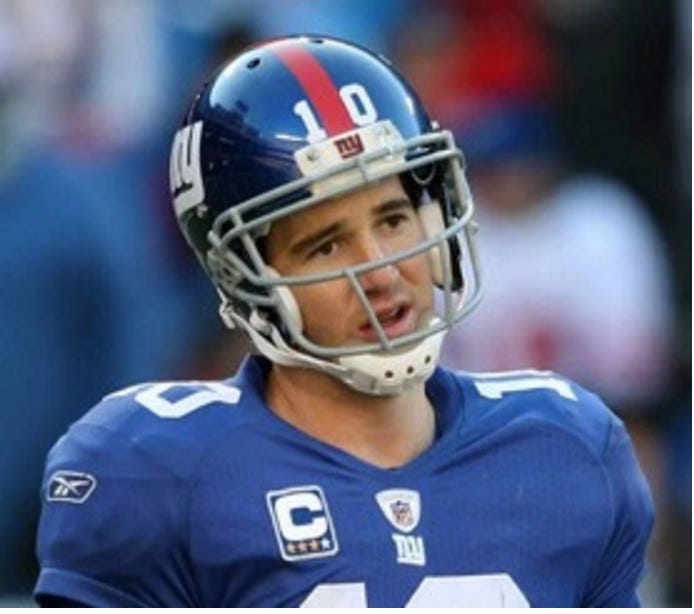 Maybe thats whats been going on the whole time. Maybe Manning Face is just Mental Math Face. Like “Shit, I threw another interception. Thats 21 on the year. I have 30 touchdowns, so I have nine more to go before I’m in a lot of trouble. I have 2 games left, so on average that means I can throw 4 point fi… 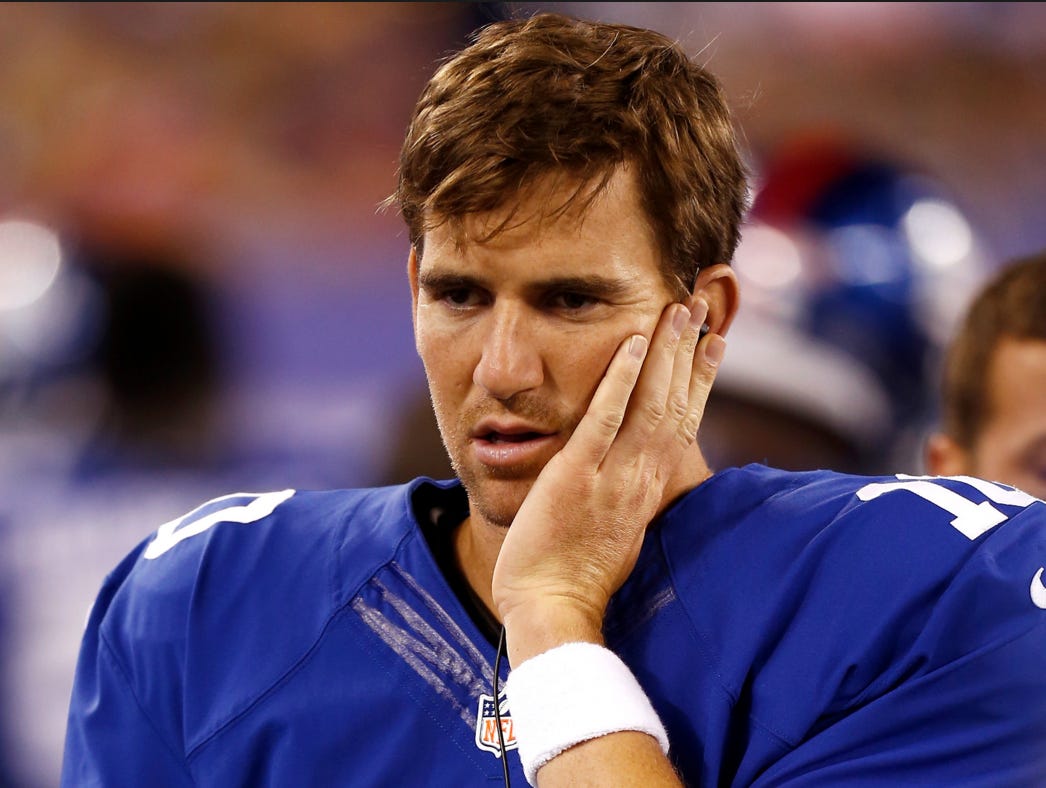 Fuck it. This is too hard. Gonna just throw it up and hope someone catches it with their helmet again.

It all makes perfect sense now.