So we’ve got a Coming Up Roses podcast with Kelly Travis from Juan Pablo’s season coming out later today where we talk all about last night’s episode but I had to blog this because it was truly great TV.  And if you think The Bachelor is for faggots and pussies then you should click to the next blog. Just know that you missed out on one of the greatest moments in TV history if you have yet to embrace how awesome this show is because you’re not comfortable enough with yourself to watch trash reality TV.

Alright, so Olivia got abandoned on an island in a hurricane. What a sentence. Last night wasn’t the first time something like this has happened where a contestant gets abandoned after not getting a rose. A couple seasons ago we had Kaitlyn leave a guy named Cupcake on the side of a mountain and we all thought he was literally gonna jump off a cliff. I thought last night topped it.  Call it recency bias or whatever. But when Emily and Ben H hopped on that boat and left Olivia on a island in the middle of a hurricane, I cried. I cried tears of joy and tears of laughter. It was the best of times. Mostly because Olivia had become the most hated woman in America. The news anchor from Texas slowly morphed into the Devil from Hell. That’s what made it better than every other time. She was such a fucking bitch to everyone in the house that it was satisfying to see her get left on an island forever. She called Amanda an episode of Teen Mom, she stole time away from the other girls, she gave a cringeworthy performance in Las Vegas after talking a big game. The list goes on and on. Even before her 2-on-1 date with Ben and Emily she was uber cocky. And it all blew up in her face in a truly satisfying way.

By the way, I don’t know which ABC producer came up with the idea to have Ben grab the rose and then walk away with Olivia as if he was going to give her the rose, but that person deserves a 300% raise. They played it perfectly. I believed right up until he pulled the rose away that Olivia was getting the rose. I cheered like my team won the Super Bowl when she got dunked on. Barstool SPORTS.

And Chief is exactly right about this

Yes, it was a set up.  Yes, parts of this show are semi-scripted.  No, they didn’t leave Olivia out on that island forever.  But that’s what you have to believe. I’ve bought into this show so hard that the thought of them eventually going to get Olivia never even crossed my mind as it was happening. I fully believed that they just left her out there to fend for herself and I laughed my dick off because of it. 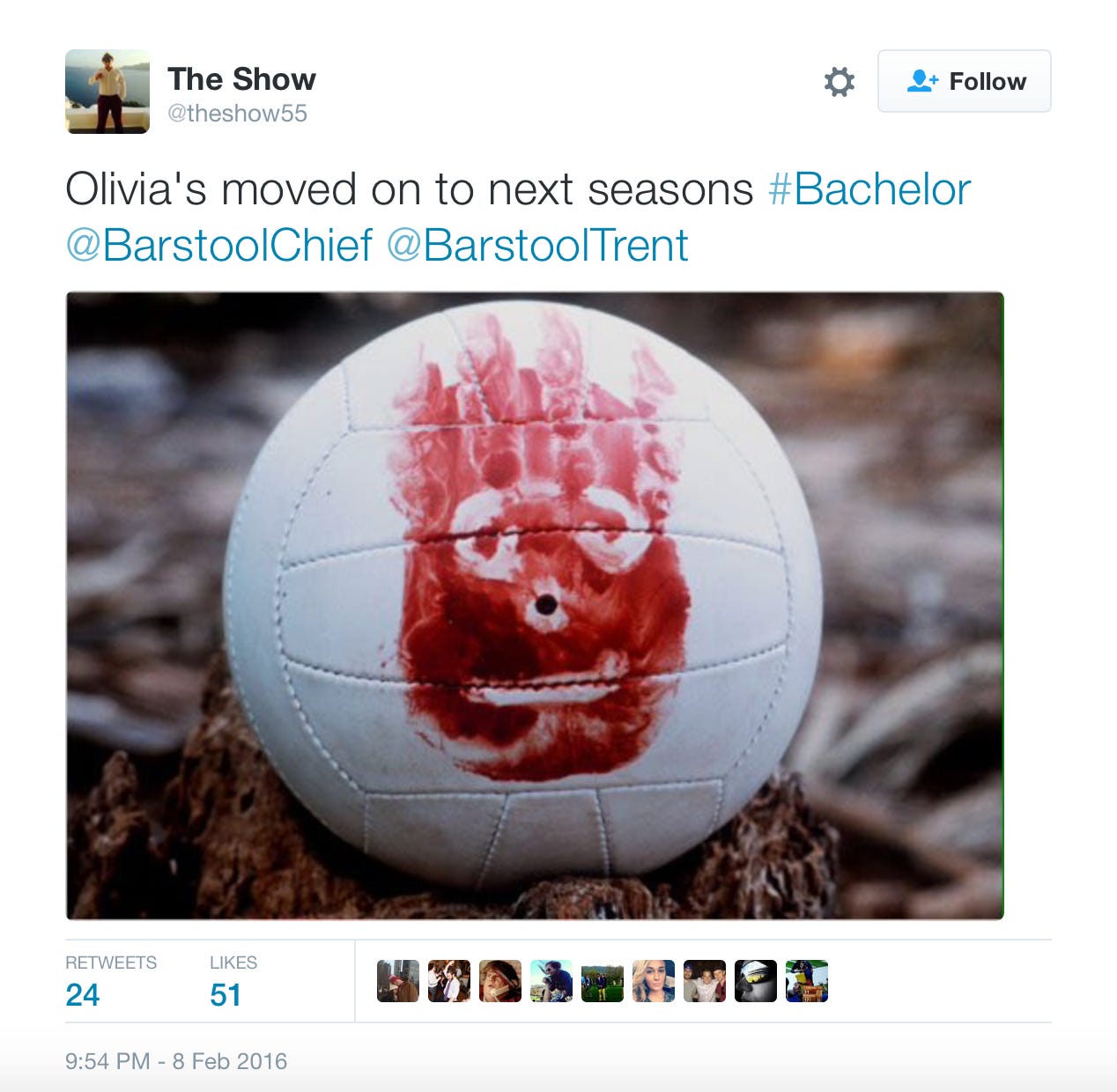 Underrated moment from last night was Olivia continuing to cover up her cankles as the boat drove away and left her.  Thatta girl.  Never let’em see the cankles.  Even at your lowest moments.  A true pro.