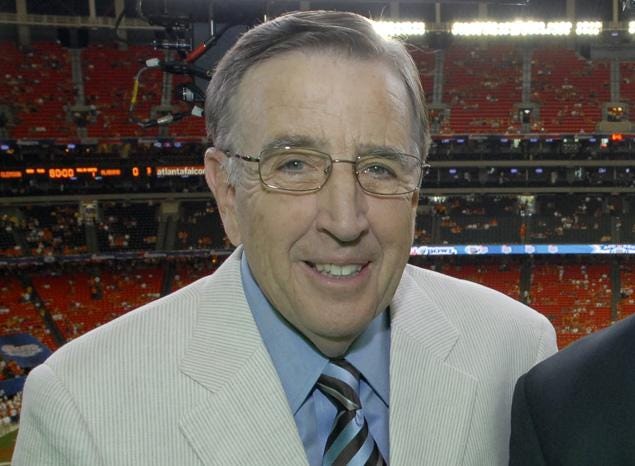 Look, earlier in the season I was only half kidding about Brent Musburger being must watch TV on Monday night at 9. Well, he solidified that role surpassing anything Ben from the Bachelor could do with his performance last night.

We had Texas – a team surprising some people, getting into the top-25 in Shaka’s first season – heading up to Oklahoma and Player of the Year Buddy Hield. The Sooners coming off a loss at Kansas State desperately needed a win to bounce back.

Yeah, that’s all great and all. But, the true hero here was Brent Musburger. Talking about Joe Lunardi and his Bracketology (second only to Barstool Bracketology), Musburger dropped us a prop bet out of nowhere.

There’s a billion percent chance Musburger has that prop bet locked in. He seems like a company guy and will be cheering for Lunardi to go 68 for 68.

Oh, then Buddy Hield did this later in the game: