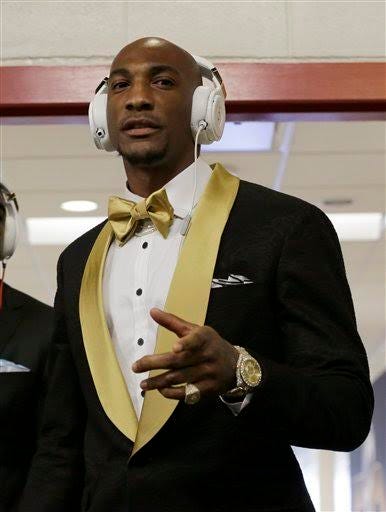 For one last time we have the NFL Fashion Wrap Up. Lets dive right in

Just a killer “This may be my first and only Super Bowl ever, I need to wear a gold tux” move. There is absolutely no doubt in my mind that Talib wore a white tux to his prom. No Doubt. 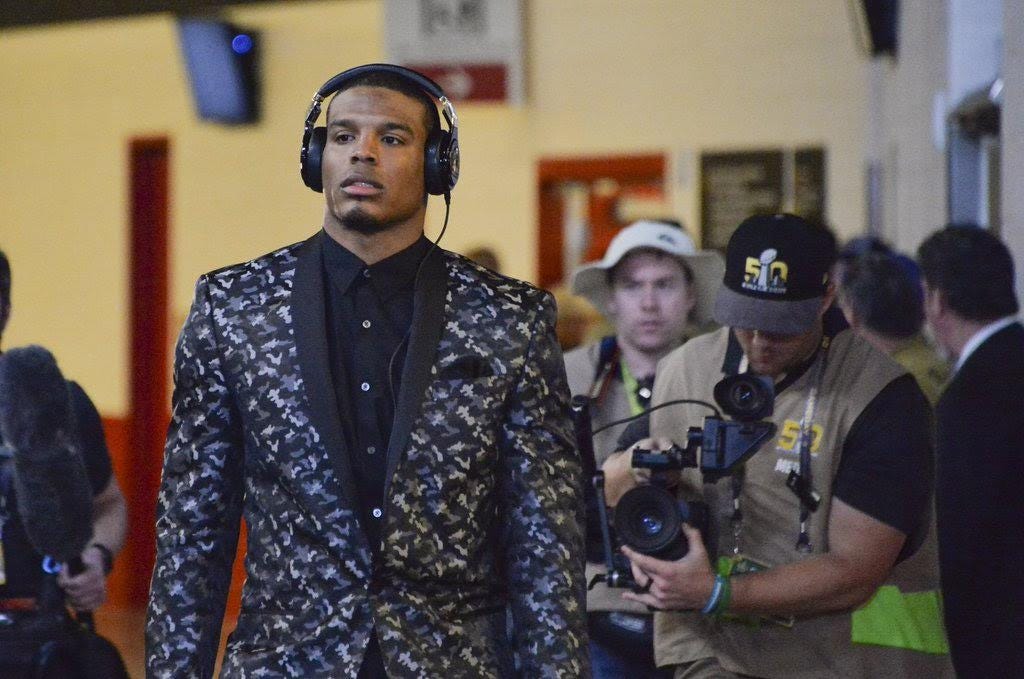 I’m not kidding when I tell all of you that I thought this game was over once I saw cam in this suit. Not too obnoxious but down right the most stylish guy in the building and he knew it. I thought that confidence would have carried over to the game. I was wrong. 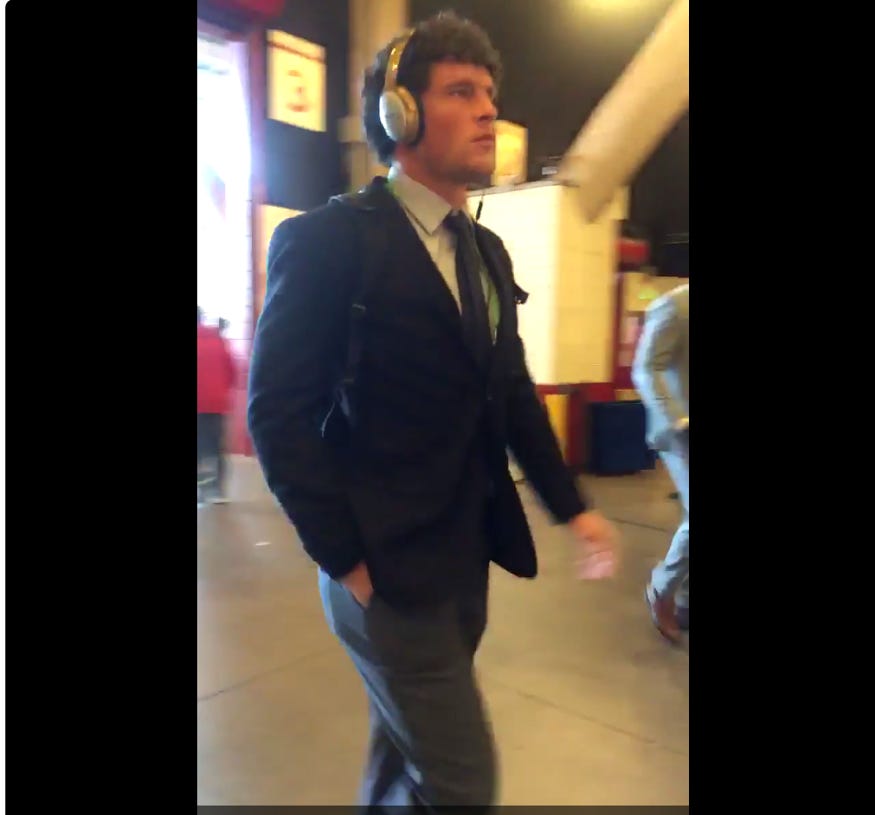 Kuechly is definitely the type of dude who wore his suit like the rest of his teammates on game day in high school but never removed his headphones. Metallica all the time. Even the teachers were in on it. “Its just Luke getting ready, we don’t like to bother him.” As Luke has been staring at a wall for 45 minutes straight. 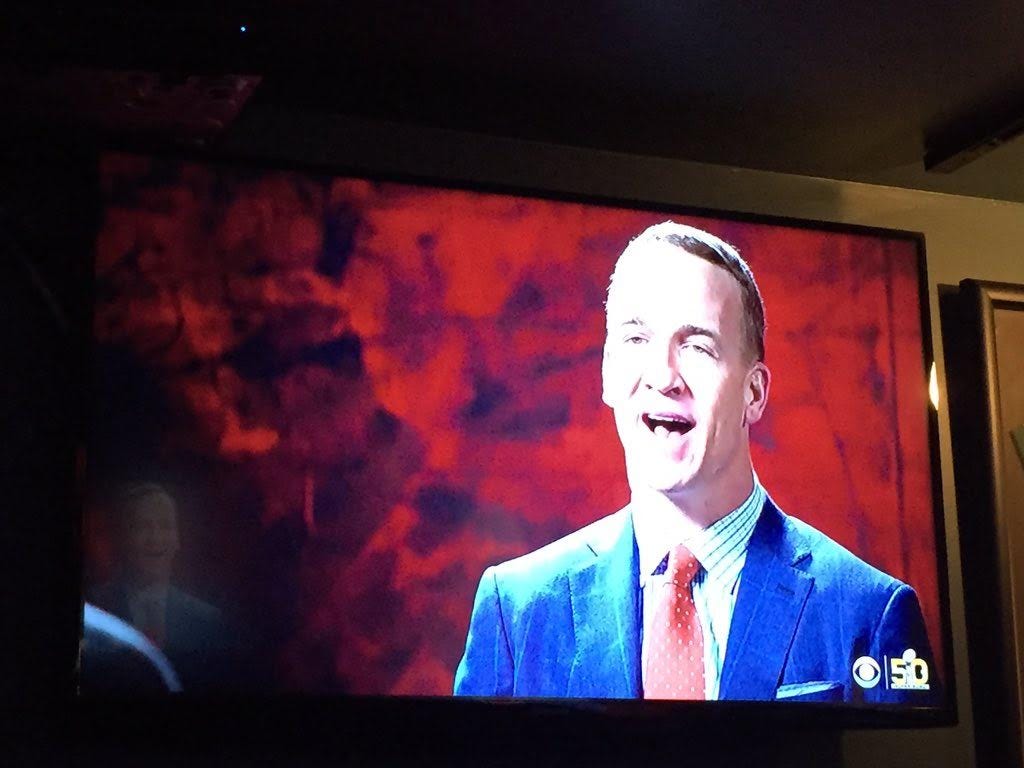 I couldn’t believe it. When I turned on my TV and saw him in another plaid blue suit I thought it was a legit joke. Does he only have one suit or does he have just a bunch of blue plaid suits? I need to know. 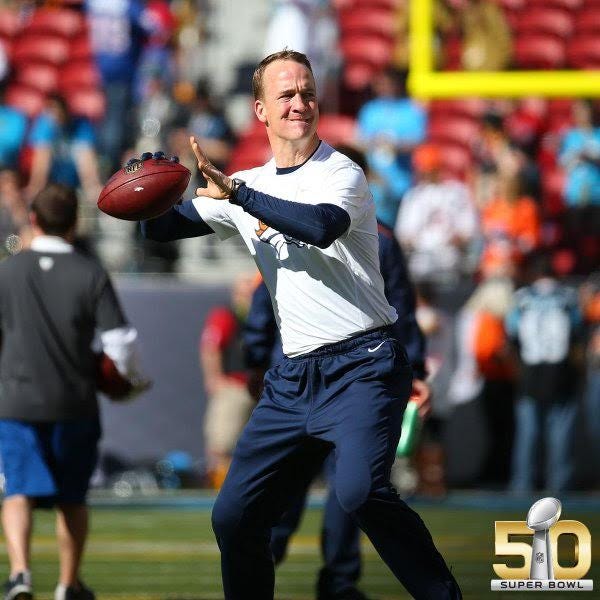 “Come on kids, let’s throw the football. I need a break from raking all these leaves!”Then there was that odd ceremony where old Super Bowl MVPs all got recognized and you just watched a bunch of old players barely even make it to their standing area 10 feet away. However, there were some highlights. 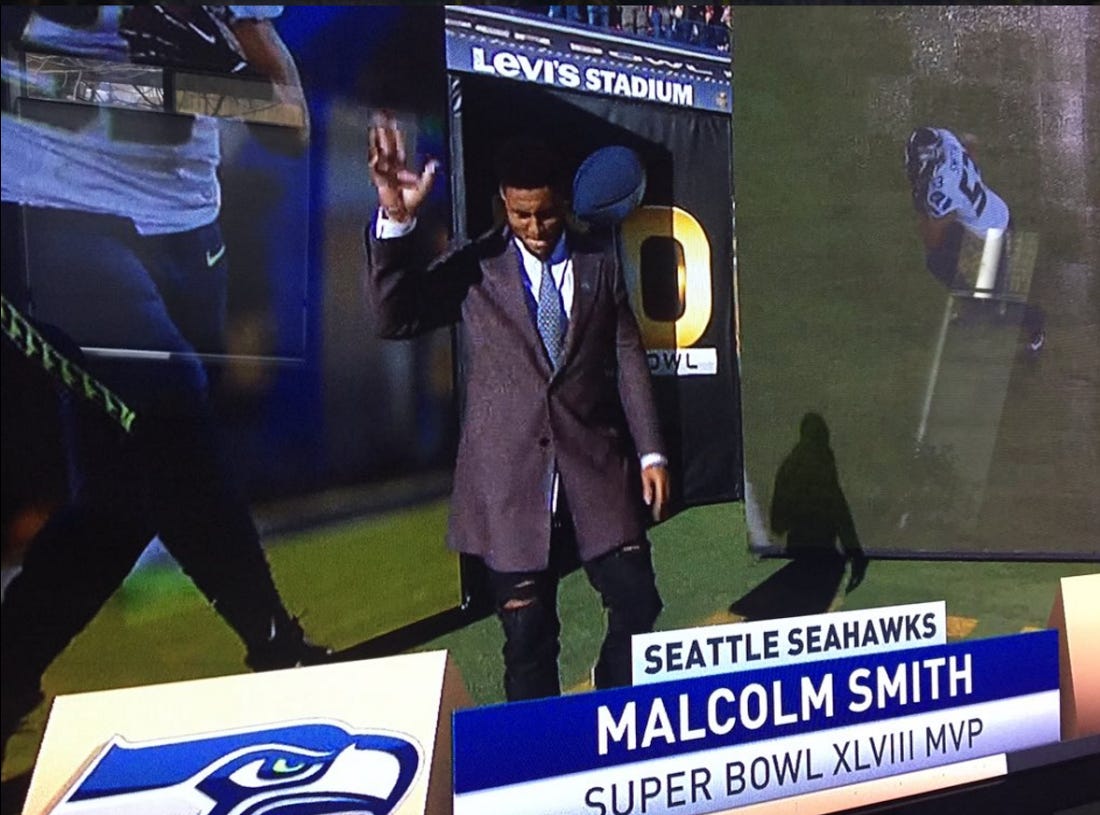 Hey dude, maybe you shouldn’t dress like you’re more out of place than you already are. If you are the most unrecognizable Super Bowl MVP ever, maybe you should just wear as suit and salter on down into your spot instead of trying to go for the grunge trendy look. 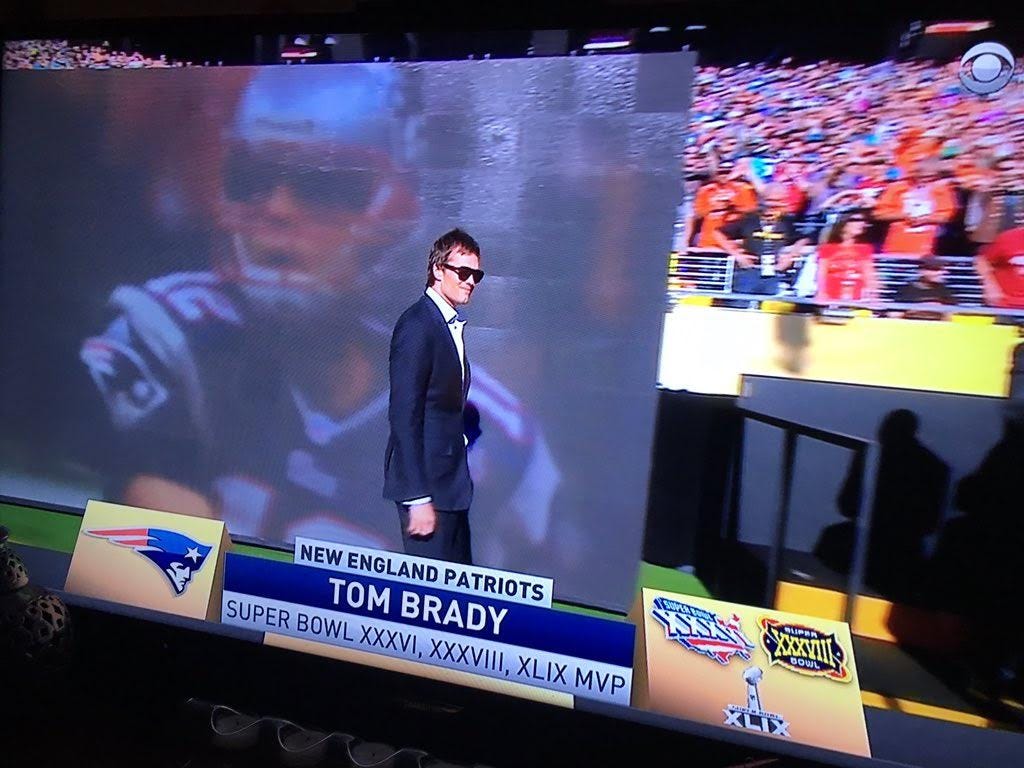 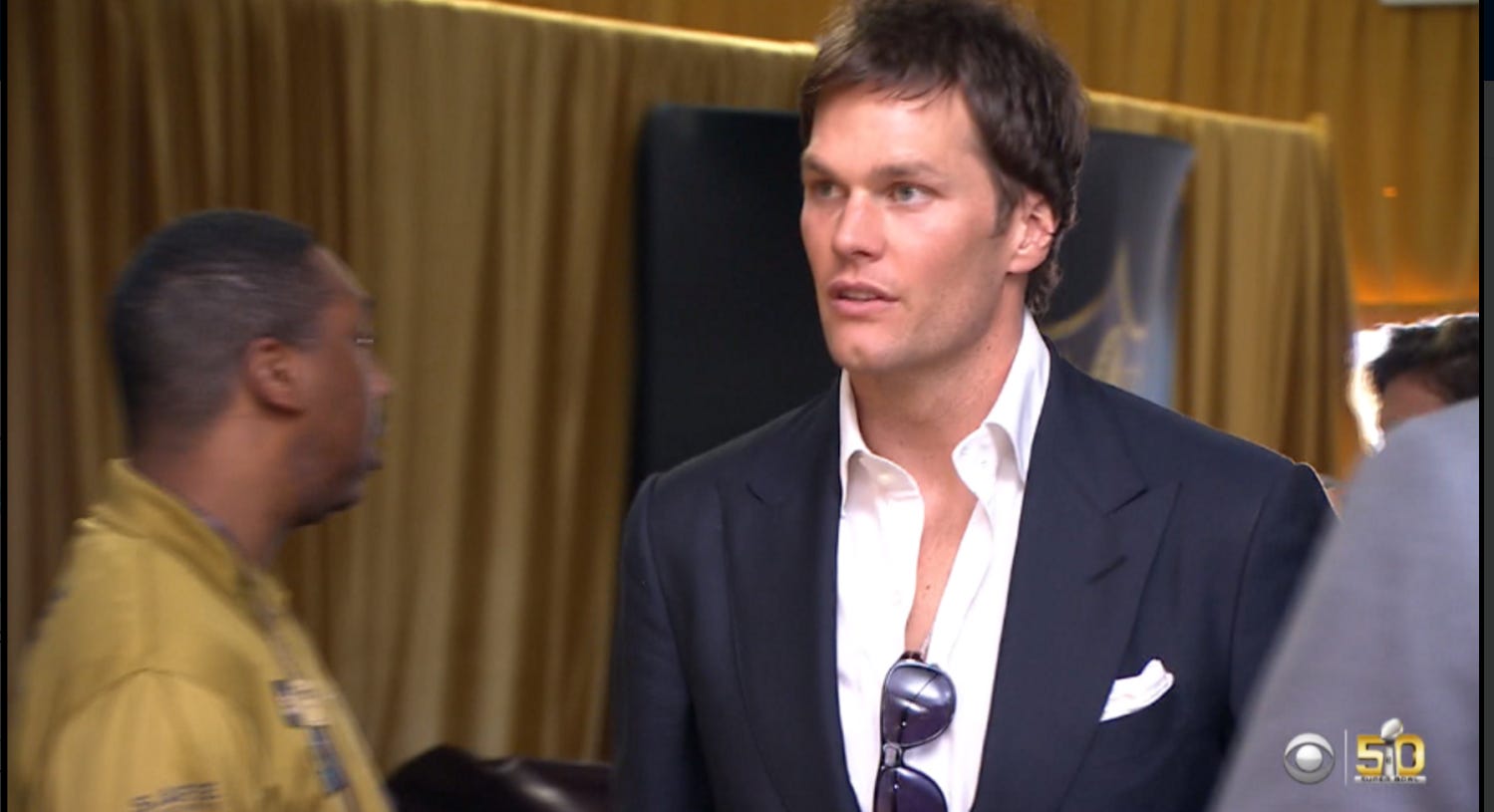 HOW? How the hell did Tom Brady win another week of fashion wrap up and he wasn’t even in the game? Just a complete FU to the NFL with the shirt unbuttoned almost halfway, sunglasses on. Just letting everyone know he is still the champ 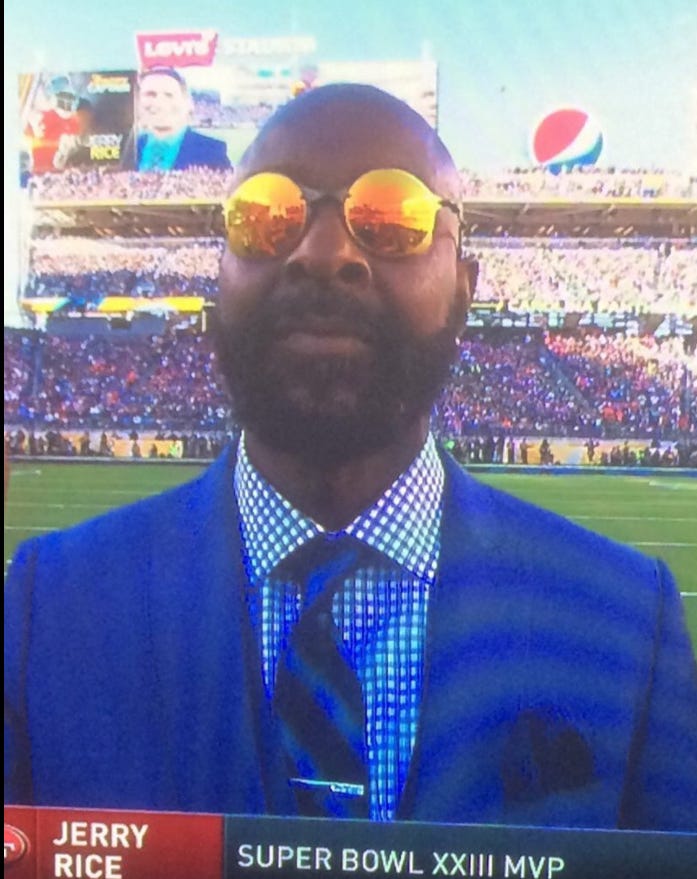 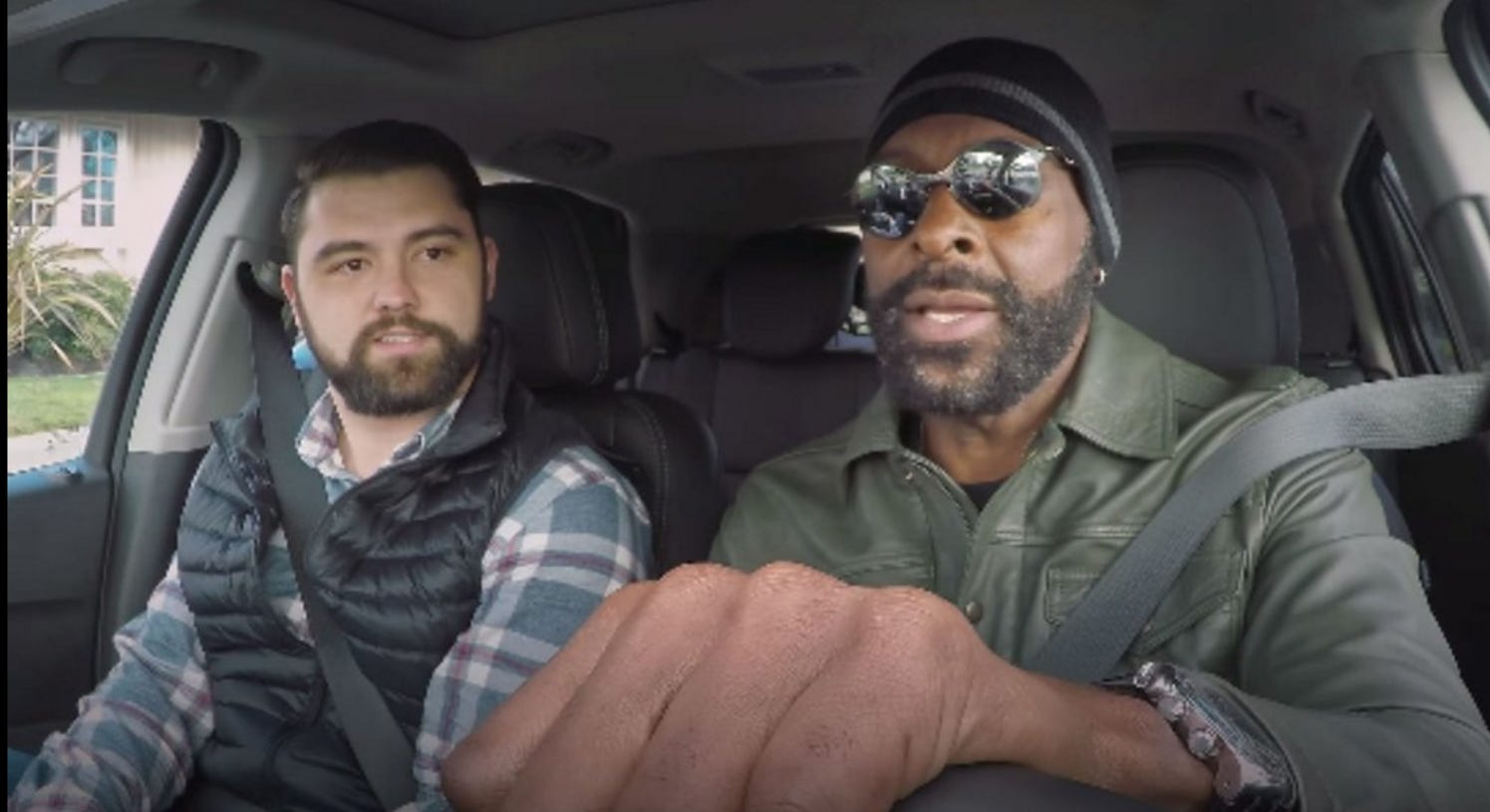 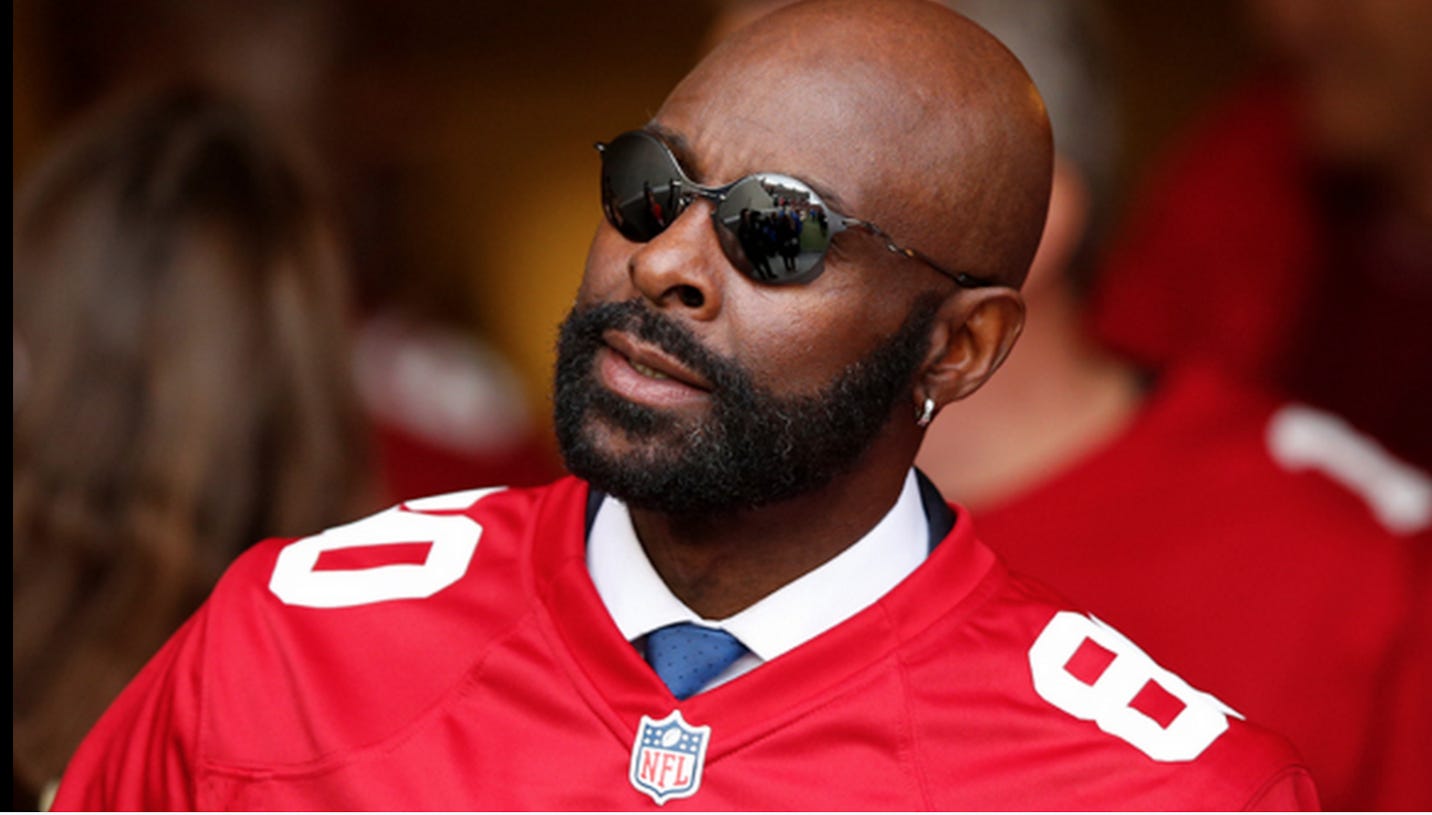 HEY GUYS! If you couldn’t tell, Jerry Rice has a new deal with someone for really stupid (probably really expensive) sunglasses! Then there was the main event… 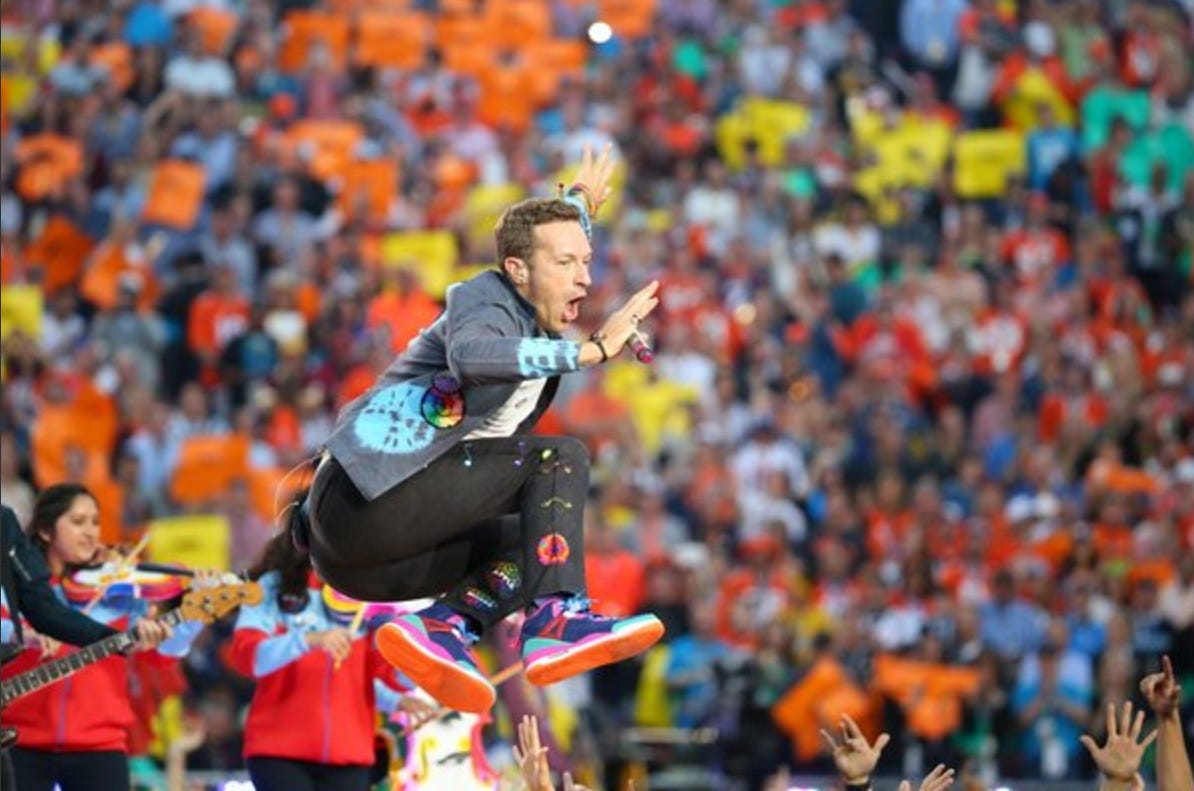 I feel like Chris Martin showed up for Super Bowl week with one outfit. If I see him in that sports coat with the colors in different spots one more time, I’ll PUKE. 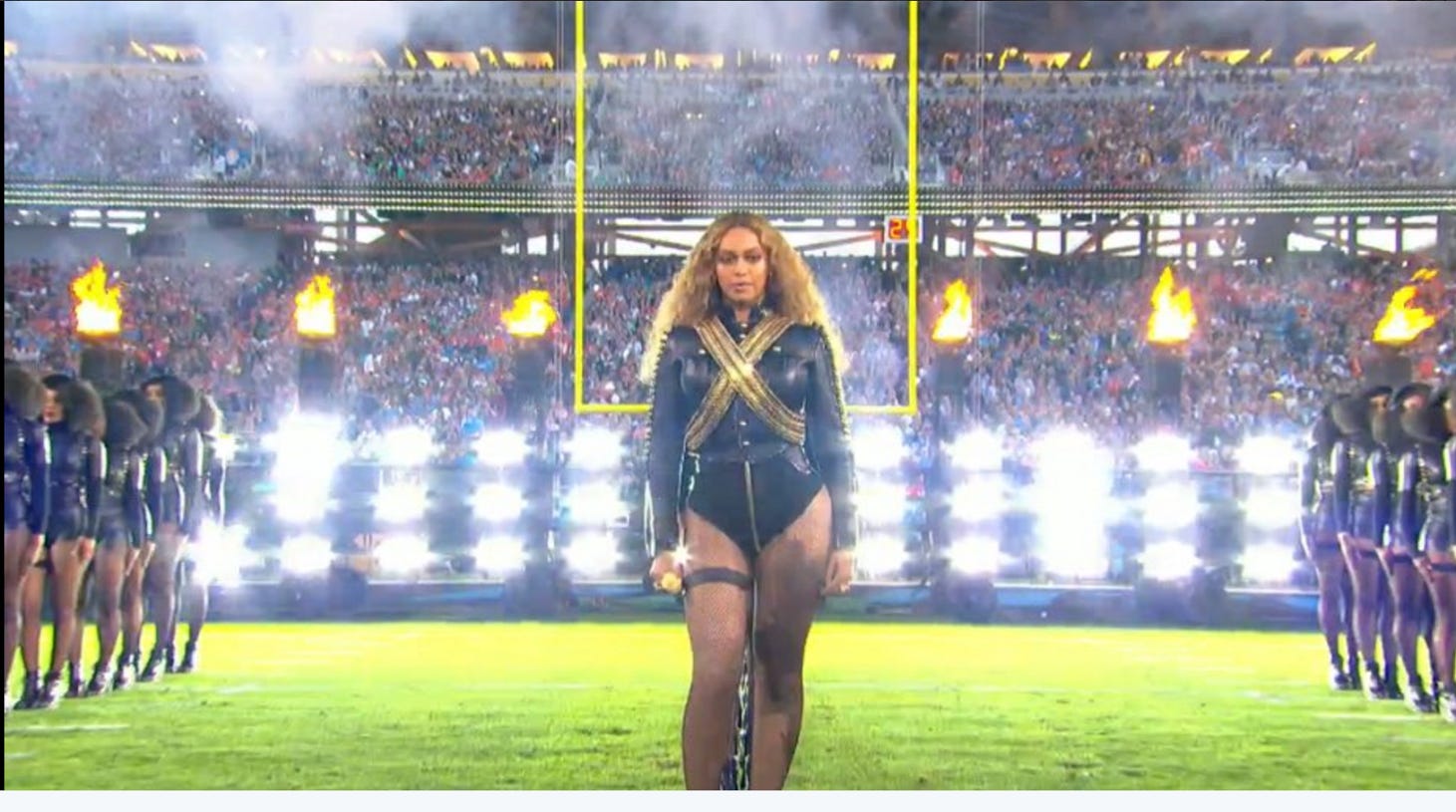 Does she ever just wear jeans and heads to a diner at like 8 o’clock because she wants a milkshake and chicken fingers? CONSTANTLY trying too hard. I wasn’t the only one wishing she fell while walking in from the grass right? I can’t be. 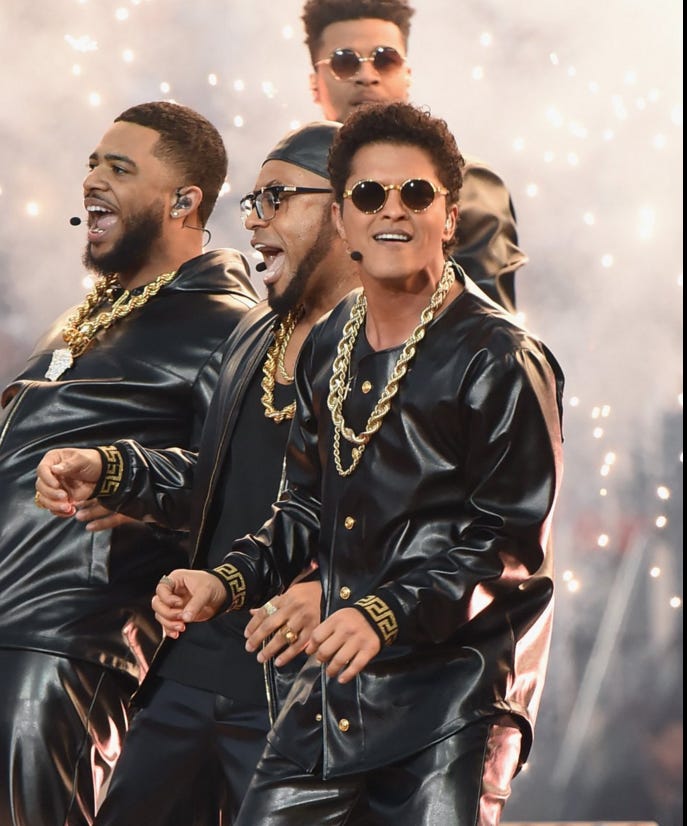 Stole the show. All 5 foot 5 of him. The Run-DMC all leather look was absolutely unreal. Bruno Mars is cool and I don’t know if I love it or hate it.

It’s been fun, Friends. The fashion wrap up will go into hibernation until August now. As always, come heckle me at @BarstoolBrosh. It’s time for me to root for a winning team, the Quinnipiac Bobcats hockey team. Come join the bandwagon!