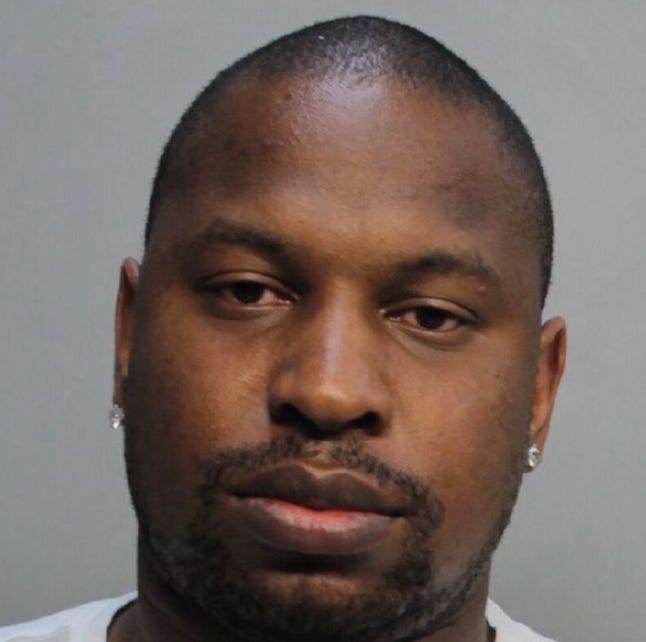 Source - Major League Baseball player Delmon Young was arrested late Sunday night in Miami, accused of choking and threatening to kill a valet attendant, and using ethnic slurs. Young allegedly grabbed a valet attendant by the neck at the Viceroy hotel in Miami after he wouldn’t open a door with access to a club.

“Stupid Cuban, open the f–king door,” Young allegedly told the victim. After repeatedly telling Young he couldn’t open the door because the club was closed, Young said “I’m gonna f–king kill you, you Latin piece of sh-t” and then reached over the valet podium and grabbed the victim around his neck with both hands, strangling him, the police report states.

The victim said he was able to break away from Young’s hands. Young then fled but was later met by police at his residence, which is also at the Viceroy. Police say Young answered the door naked from his waist down. According to police, Young said he didn’t know anything about the incident, but was identified by the victim. Just before getting arrested, Young told the cop on scene, “I’ll slap you in the face with money you f–king Cuban,” the report says.

Oops. Should he have not done that? I love Delmon Young thinking he’s big time enough to skip lines and take back doors into clubs. Hey bro, you’re Delmon Young, not even Dmitri Young, take it down a notch. And the even better part is the club was closed. The stupid Cuban should have just let him into the closed club, certainly would have been better than getting choked out by that tubby. But thems the breaks. Sometimes you’re just trying to do your job, the next thing you know Delmon Young’s fat fingers are around your neck, eyes popping out of your head.

And then it gets better. Did you read the best part? He flees the scene, but he stays at the same hotel as the club he was trying to get into. Then just answers the door with his dong swinging in the breeze. Cops are trying to arrest him for strangling a lil car parking fella, and Delmon’s cockpiece is staring them in the face. I love it. And you know he’s not lying when he said he had absolutely no recollection of nearly killing the stupid Cuban. Guess he had a few too many RBVs last night.

I guess the moral of the story is if you’re Delmon Young, if you’v made 22 million dollars in your career bouncing around the league being fat, don’t go around trying to kill valets to get into clubs that are closed. Maybe hit a treadmill and try to make a major league club.