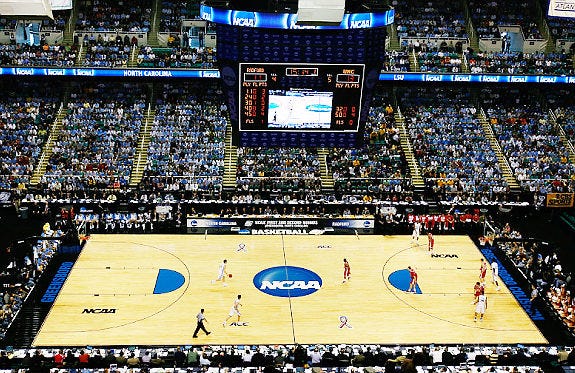 Alright, we’re dropping the first Barstool Bracketology for everyone. I have to say the first time around doing this was a major bitch, solely because of all the stupid rules in place for creating a bracket. You know, geography matters, the first 3 selections from each conference have to go in a different bracket, no rematches and can’t play a host site.

So, let’s take a minute to talk about this. The top line was pretty easy right now with the closest call being Villanova over Xavier. Ultimately I think Nova wins the Big East, giving them and Big Cat another chance with Nova as a No. 1 seed. I truly believe no conference this year deserves two No. 1 seeds like we’ve seen in the past. The way the nation is with parity this year, if you had a strong nonconference and won your league title, you deserve that top line.

Note: This was done before the postseason ban by Louisville. 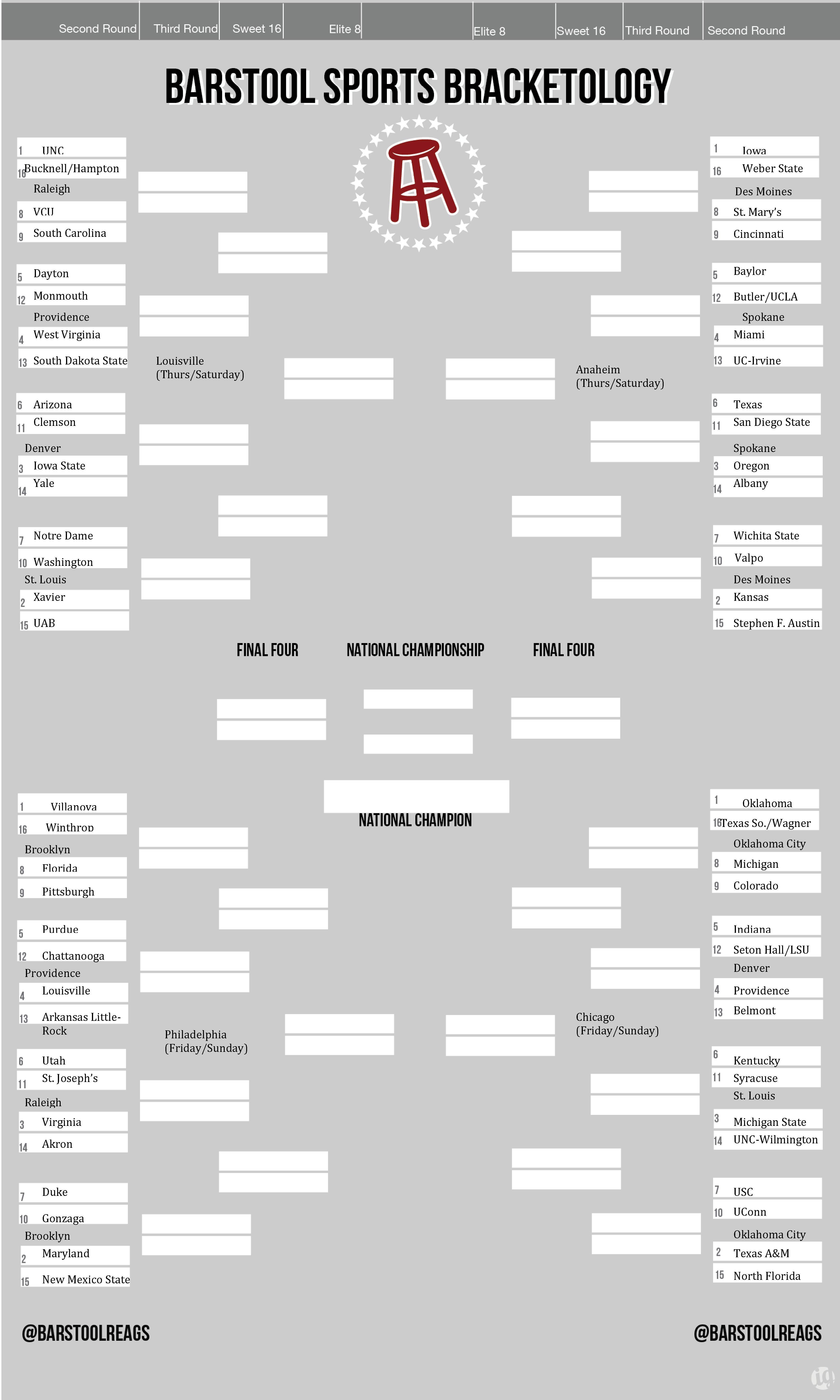 I do believe this will end up being a soft bubble this year, meaning there won’t be a whole lot of teams sitting there wondering their fate. So, my last four teams in with the ‘bye’ are the following: Washington, St. Joe’s, Syracuse and Gonzaga. Washington has been the surprise of the year, an incredibly young team led by senior Andrew Andrews (helluva name) to a 15-7 record. If they can beat Arizona at home tomorrow, that’s one step closer to solidifying the bid. First four teams out for me were California, Georgetown, Florida State and Vanderbilt.

Games this weekend that will directly affect the seeds are: Columbia at Yale, Virginia at Pitt, George Washington at VCU, Cincinnati at Memphis, Michigan State at Michigan, Villanova at Providence, South Carolina at Texas A&M, Arizona at Washington, Furman at Chattanooga, UNC at Notre Dame and Baylor at West Virginia.

h/t to James Fraschilla and Ian Connor for helping with the design.