Mirror- Steven Joyce, a member of the New Zealand National Party, was talking to crowds in Waitangi, near Paihia, when he was ‘attacked’ by a woman in the audience. In the clip, the large, pink toy comes flying across the camera screen before hitting the 52-year-old squarely in the face. As she threw the sex toy, the woman is head yelling: “That’s for raping our sovereignty.” She adds: “That’s for raping our country, because of the TPP and selling away our rights and our freedom.” After throwing the lewd object, she was then escorted away by members of the politician’s security team. It is though the woman was referring to the Trans-Pacific Partnership, which was signed in Auckland yesterday. The agreement is one of the most ambitious free trade deals ever signed and aims to deepen economic ties between 12 countries including the US, Japan, Australia, Canada and Peru.

Also, definitelyyyyyyyy would.  Cute, feisty, and has enough toys in the bedroom that she can just Uncle Rico one at her least favorite politician. 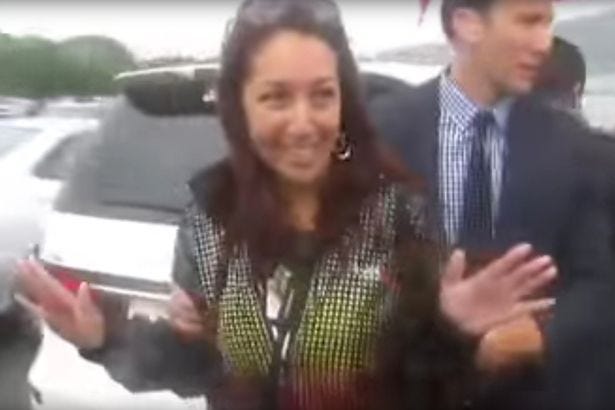 As much as I love this video, the best thing to ever happen in New Zealand was the ridiculous Haka dance opening from MTV The Challenge: Duel 2.

By the way, if you are going to buy an adult toy to throw at a politician, go to AdamAndEve.com with the promo code KFC to get a great deal (I am just writing this so I can have off on St. Patrick’s Day, which is also the first day of the NCAA Tournament).