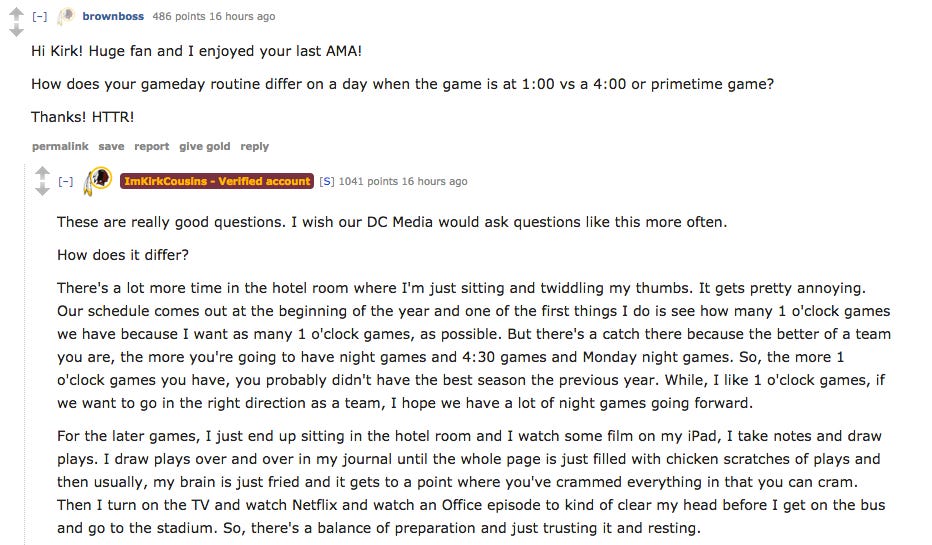 Kirk gave an awesome, detailed Reddit AMA and he didn’t shy away from answering difficult questions either. One of the best answers is that he prefers 1 pm games, but doesn’t mind the later games because that means the team is better. But when he has later games after he’s done cramming he pulls up Netflix and watches The Office. That’s what you want in your QB. And probably where his screaming of YOU LIKE THAT! came from. Just channeling his inner-Michael Scott.

Yo fuck Shake Shack. Name a burger after Kirk you assholes.

Lots of more interesting answers, well worth the read over there. Love you Kirk.