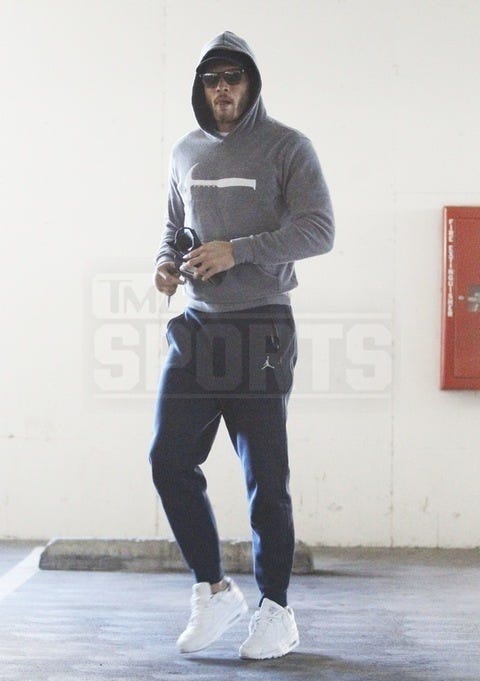 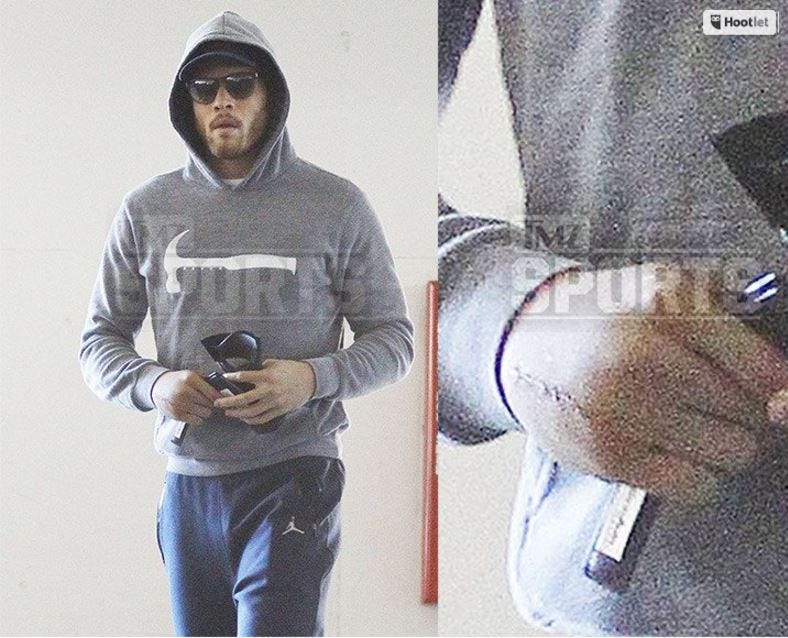 TMZ – The Clippers star finally surfaced in L.A. on Wednesday — and you can see the scar on his right hand from last Tuesday’s procedure to repair the spiral fracture on his 4th metacarpal. Blake busted himself up punching the team equipment manager during a violent altercation in Toronto on January 23rd. The team has said Blake needs 4 to 6 weeks to recover.

Jeez. It looks like he’s headed to a barbecue with half a pack of hot dogs. I still wanna know what was said that made Blake’s enormous ass get so mad that he broke his hand on the 5’8″ manager’s face. When there’s that big a size difference, you don’t even need to use your own hands to get your point across. You can just toy with them. Blake could have made done the old “quit hitting yourself” routine and accomplished the same thing without turning his digits into Andouille sausages. I bet he feels like the Rock Giant from the Neverending Story. Just wandering around L.A. mumbling about his big strong hands and how he lost his friend.