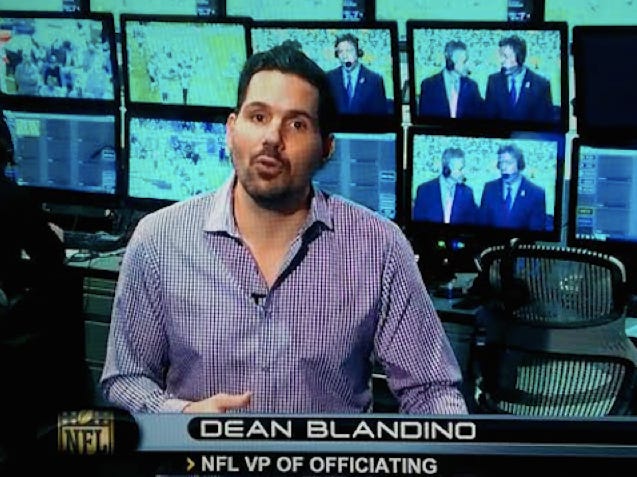 (Source) – NFL vice president of officiating Dean Blandino seems to be contradicting the NFL commissioner.Roger Goodell said Tuesday that the spot checks on air pressure levels in NFL footballs during the 2015 season weren’t “a research study.” On Wednesday, Blandino said the NFL would see what they can glean from their limited sample.“We did spot checks throughout the year and we measured PSI levels and recorded that information,” Blandino told SiriusXM NFL Radio. “Right now we’re evaluating the information. We didn’t have any violations this year, but again, we’re still in that evaluation phase to look at the information and then we’ll see what that tells us.”

I’m well aware that everyone is sick of Deflategate, so I’m not even really going to talk about that here. But how can anyone take the NFL seriously anymore? Don’t be a Patriots hater, don’t be someone who has been beaten down by talk of this nonsense over a year, think about it objectively, please. How is the NFL allowed to continue to lie like this? Forty eight hours ago the commissioner of the league said that they didn’t run a research study, they didn’t collect the data, and they simply did “spot checks.” Today, the vice president of officiating is saying the exact opposite. According to Dean Blandino, the league is still “evaluating the information,” or, another way to say that, they’re still “researching the study.” Exactly what Roger Goodell says it wasn’t.

The NFL’s commitment to lying, or releasing false information, or trying to take their words back when the public doesn’t react in the way they’d hoped is remarkable. But, if they intend to release this information that they didn’t keep now that everyone has called them out for their bullshit “spot checks,” you can take it to the bank that “evaluating the information” means either cooking up fake numbers or trying to spin it in a way that makes the league looks good. It doesn’t take very long to “evaluate” numbers. What was the PSI at kickoff? What was the PSI at halftime? Did the numbers go down like the ideal gas law and Nobel Peace Prize winners say they will? Boom, evaluated. That took 5 seconds and I’m an idiot.