Self apologized to “the K-State team, their program, coaches (and) players” for an uncontested dunk by junior Brannen Greene with one second left in the 18-point victory.

“It was totally classless,” Self said, not mentioning Greene by name. “I guarantee you it will never happen again.”

Self held back even less in his radio interview just minutes after the game.

“Brannen Greene, we’ve put up with him doing some stuff in the past, but that was probably the biggest dick move I’ve ever had a player do during a game,” Self said. “To dunk the ball like that when the other team — even their players are going, ‘How disrespectful to the game.’

“I’m so pissed right now,” Self added later in the radio interview, “that we represented the way we did at the end.”

Holy shit coach! It was just a dunk! This reminds me of those old Southwest commercials, thinking of Brannen Greene’s face in the locker room while he hears all this. “Wanna get away?” I mean for a coach of Bill Self’s caliber to let a little anger out about a specific player to the media is rare…let alone an entire rant about you being a “classless dick” who showed poor sportsmanship and didn’t represent the team.

Clearly Self hates this guy to begin with.

Greene, who scored eight points in six minutes but played only two minutes in the second half, has had a rocky relationship with Self throughout his time at KU. He was suspended five games earlier in the season for conduct detrimental to the team following the team’s 79-73 loss to Michigan State on Nov. 17, 2015 in Chicago. 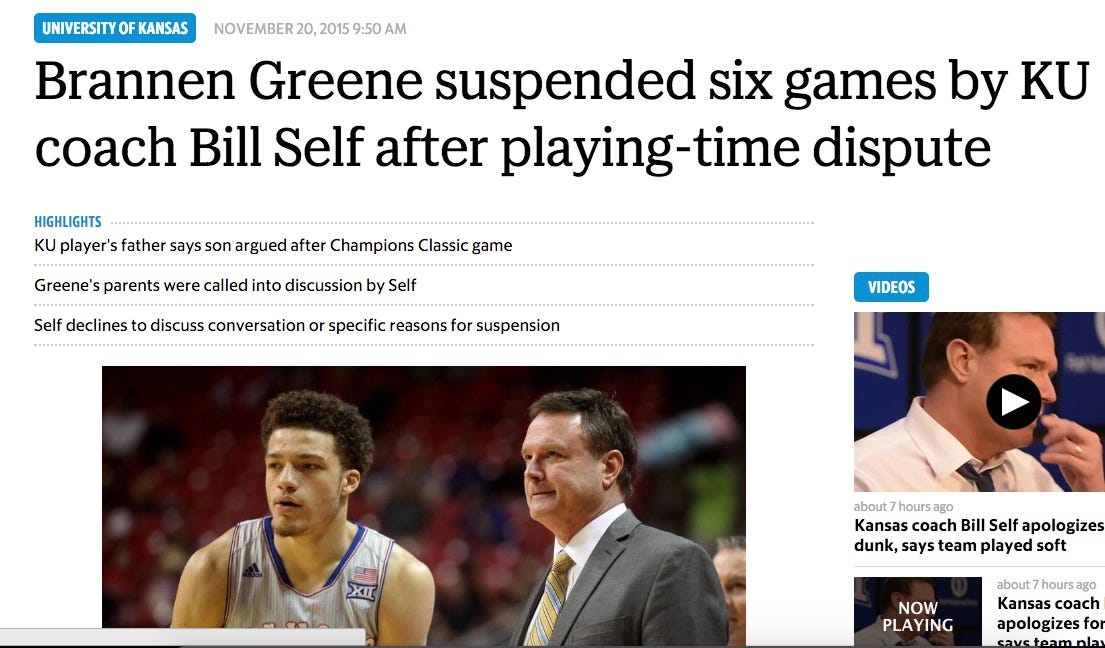 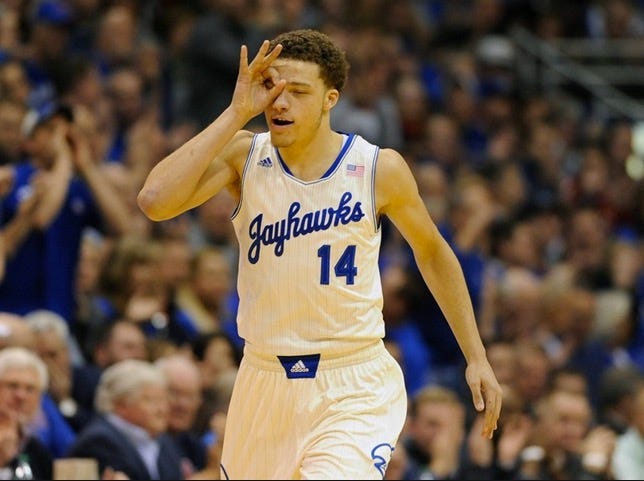