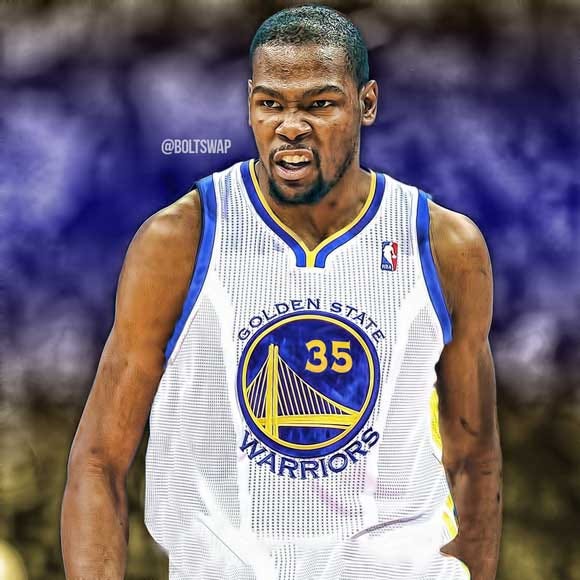 Yahoo-  The Golden State Warriors’ plan of pursuit predates their 2015 championship run, a bold plot to declare the futility of resistance. It isn’t only that the NBA champions are determined to recruit Oklahoma City’s Kevin Durant. The truth is that they’re the most intriguing destination to him. If Durant leaves the Thunder, the Warriors are the significant frontrunners to sign him, league sources told The Vertical.

The Warriors already have everything and yet they’re threatening to take more now. Steph Curry. Klay Thompson. Draymond Green. Committed ownership. Bob Myers, the executive of the year. Steve Kerr, a championship coach. Yes, Golden State has everything, including the ability to create the salary-cap space and a belief that Durant’s persona could fit seamlessly – even onto a potential two-time defending champion.

Make no mistake: Durant isn’t close to gone in Oklahoma City – no decision, no leaning, sources said – but the real threats on the summer market are beginning to reveal themselves. Durant is determined to win – to be an immediate championship contender at 27 years old – and that keeps bringing him back to the Warriors should he make the decision to leave Oklahoma City.

There have been rumblings about this over the last few months, but holy shit this is scary.  Because it all starts feeling a lot more real once Woj starts throwing his sources around.  The thought of Steph Curry, Klay Thompson and Kevin Durant raining threes in this NBA while Draymond Green is doing Draymond Green things is End of Times shit.  And you know what the worst part about Durant potentially going to Golden State is?  It will be impossible to hate the Warriors.  If you hate Steph Curry or Kevin Durant, you are likely an asshole who actually hates himself.  It was easy to hate LeBron for leaving Cleveland, Dwyane Wade for complaining about the hate, and Chris Bosh just for being a weirdo.  But the Warriors are going to set records, win championships, and systematically take apart your favorite team while all you can say is how nice they are like Tommy Callahan talking about Ray Zalinsky.