If you’re a Boston Stoolie, then you probably remember the Saugus American Little League team that went to the Little League World Series in 2003.

For me, that doesn’t seem all that long ago. I remember taking the bus from Saugus to Bristol, Connecticut to watch the regional tournament before the team advanced to Williamsport. The United States semi-final game against Richmond, Texas was nominated for an ESPY for Best Game in 2004, and went up against Game 7 of the 2003 ALCS between the Red Sox and Yankees, Super Bowl 38 between the Patriots and Panthers and some college basketball game that nobody cares about.

That seems like yesterday, but then things really get put in perspective when you see where some of those kids from that game are at now. Dario Pizzano, who scored the winning run against Richmond, was taken in the 15th round of the 2012 draft by the Seattle Mariners. Just a few days ago, the Mariners announced that he would be getting an invite to big league camp this year.

And that Richmond pitcher who got tagged with the loss, a blown save, and a traumatizing childhood experience? That would be Randal Grichuk, who was taken in the first round of the 2009 MLB draft by the Angels with the 24th pick. In November of 2013, Grichuk was flipped to the St. Louis Cardinals with Peter Bourjos in exchange for David Freese and Fernando Salas. Grichuk now figures to be a major part of that Cardinals outfield in 2016 now that Jason Heyward is in Chicago.

And Joe Kasabuski, who felt the need to do every religious hand gesture in his coach’s face while getting a pep talk (also hit a three-run home run for Saugus in that game against Richmond), now spends his days trolling KFC about his mom on Twitter. 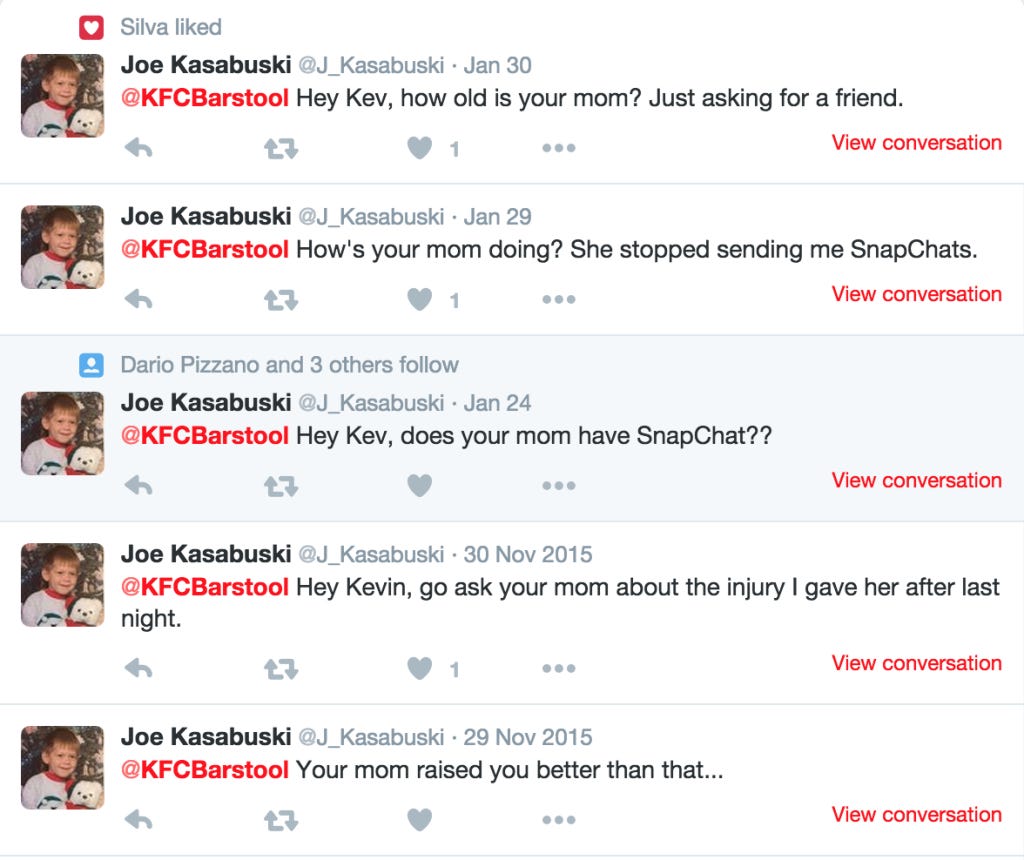