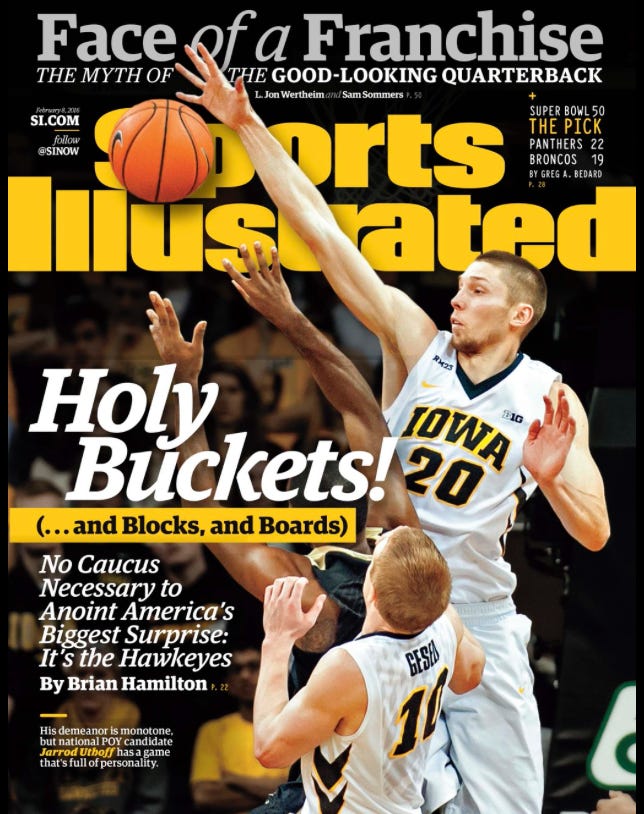 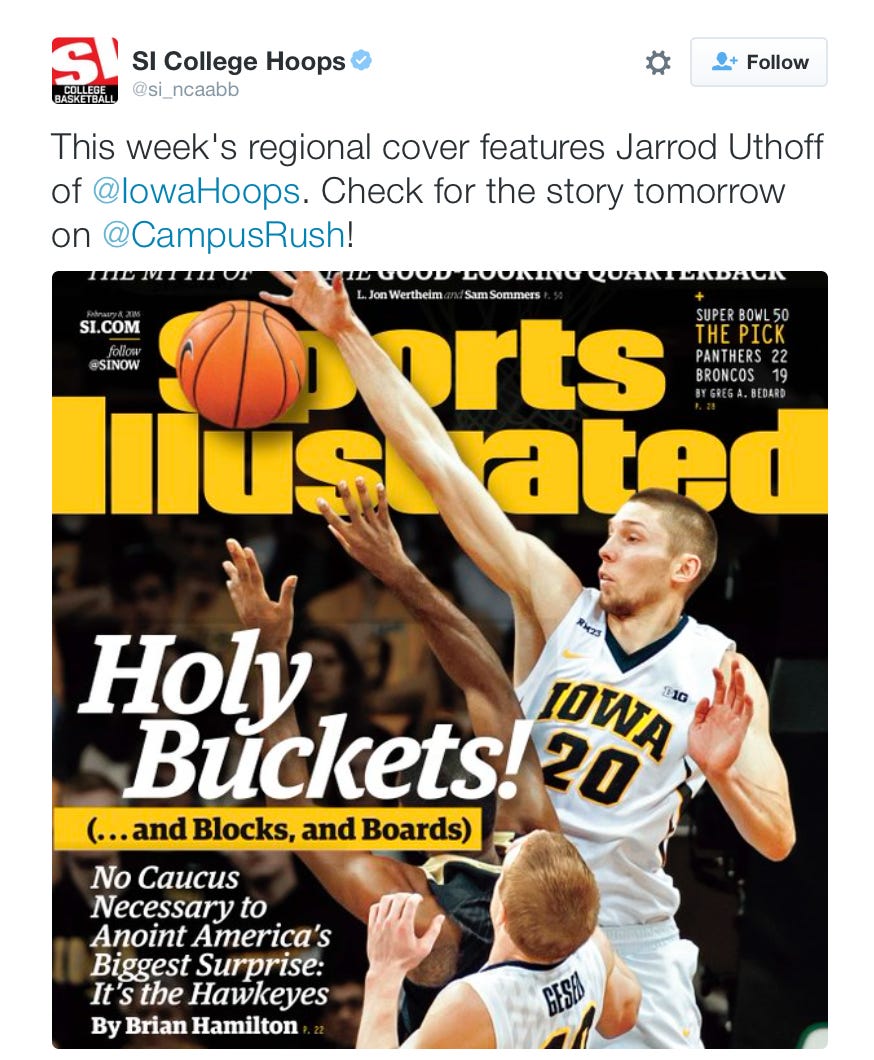 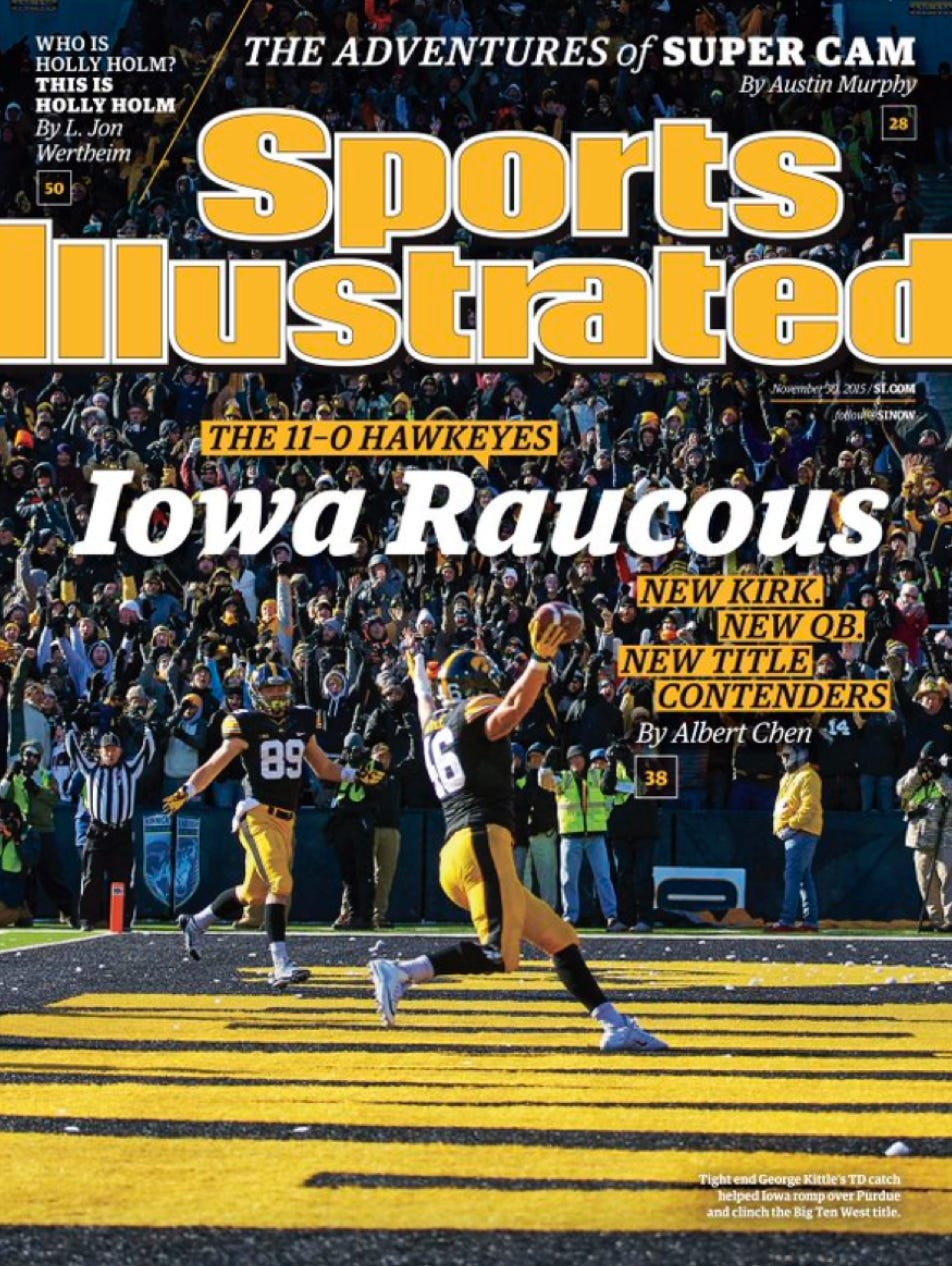 OH HELL YES. An SI cover for Iowa football and an SI cover for Iowa basketball in the same season? This might actually be heaven.  Two teams we expected very little from making big waves once their seasons got started. I’m telling you, there’s something to be said about low expectations. Not only in life but in college sports. That’s when Iowa teams in any sport seem to do their best. Hawkeye football went 7-6 in 2014 and got blown out in their bowl game so nobody thought anything good was gonna happen n 2015. Then 12-0 and a trip to the Rose Bowl happened (what happened in the Rose Bowl? I don’t even remember). Hawkeye basketball made a little bit of noise in the tournament last season but lost their leader, Aaron White, and their rock solid presence in the middle, Gabe Olaseni, to graduation. All that’s happened this season is a top-5 ranking, numerous big time wins over ranked conference opponents and conversations about them being a no.1 seed come March. How hum.

And no, I don’t believe in the SI cover jinx. I said it in the blog when the undefeated football team got on the cover. I’m choosing to lean into these waves of media coverage as opposed to running away from them.  It’s the only way to be if you wanna truly enjoy a season where your favorite college teams do well. Otherwise you’re in constant fear of waiting for the other shoe to drop. Not me. Maybe Iowa basketball loses a string of games down the stretch and limps into the tournament. Maybe they keep it going and make some real noise in the tourney come March. I choose to not be miserable and believe the latter will happen. What a fun ride this year has been for Iowa sports. 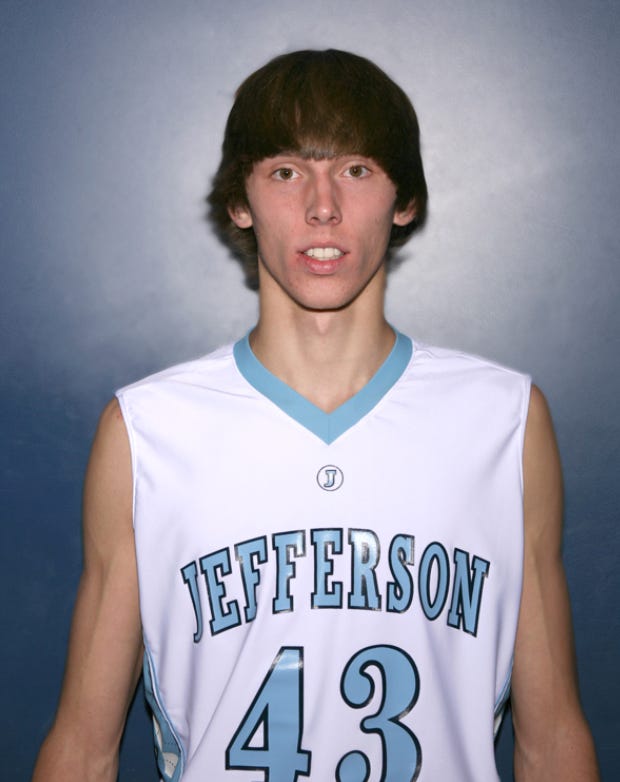