3 star offensive tackle Alaric Jackson was about to announce his choice between Iowa, Iowa State and Nebraska.

Then Michigan offered him. 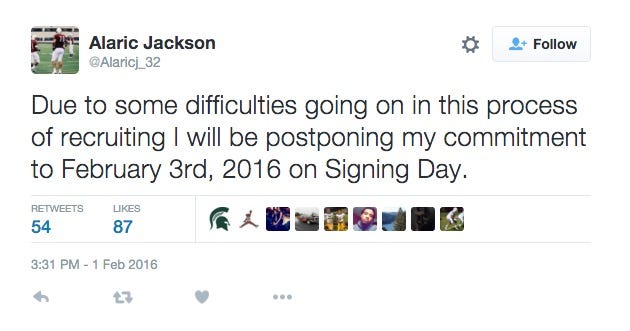 “Some difficulties” = Harbaugh made me an offer I couldn’t refuse.

And now everyone like Zach Johnson is crying. Wahhhhh Harbaugh tries to do his job too hard, it’s not fair. Acting like Jim Harbaugh is the first coach to offer kids that are already tentatively committed to other schools. How about just being confident enough in your program that you can lock down the guys that really want to go there? Or is your coach not masculine enough? Is he not alpha male jackhammer enough?

Are Tom Brady, Derek Jeter and RIC FLAIR not at YOUR Signing Day??

It’s Harbaugh’s College Recruiting World and we’re all just living in it blogging about it. 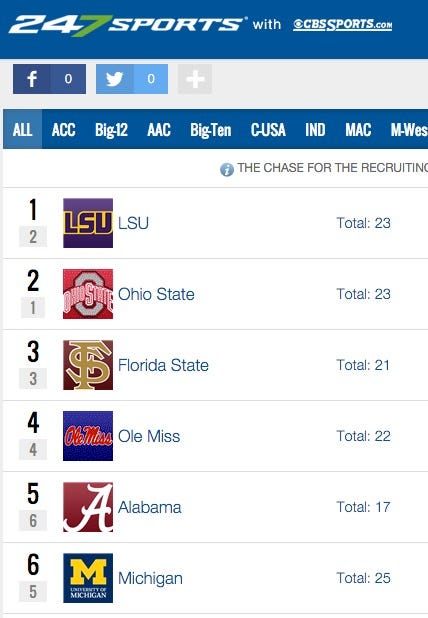 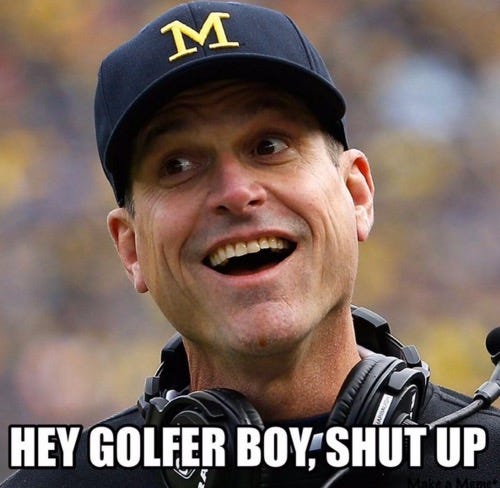