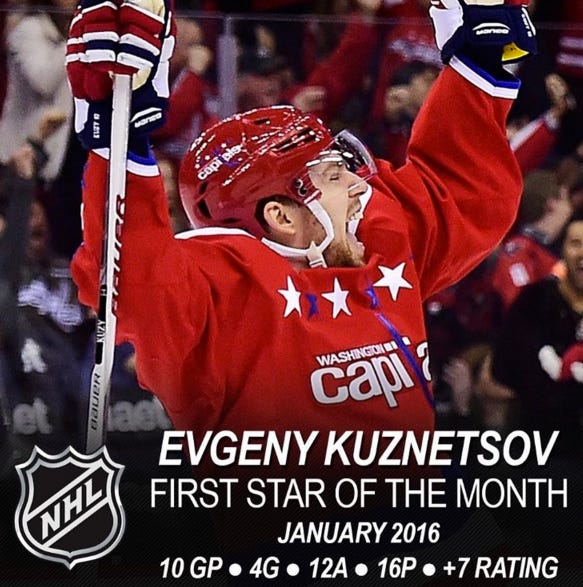 Are you paying attention to young Kuzy yet? I was blogging about him way wayyyyyy back when he was still in Russia. I was so hyped for him and boy is it paying off in spades. Kuzy is a complete player. He’s an electric playmaker who makes 5 on 5s look like powerplays with how he creates open ice. He’s as skilled of a passer as anyone in the league, and can score goals with the best of them as well. And he’s no slouch defensively either- he’s great with his stick, doesn’t commit stupid penalties, and always seems to be in the right place. Oh, and because you guys love +/- stats so much, he’s first in the league in +/- with a +24.

Kuzy’s ridiculous playmaking ability is a big reason why the Caps are first in the NHL in points despite playing the least number of games. He’s 5th in the league in points with 49 through 47 games, and he’s only getting better.

Just ready for the unofficial 2nd half of the season to get underway. Because of the 2 games postponed due to the blizzard, the Caps have played 1 game in 14 days. Time for them to get back into the swing of things and keep dominating. 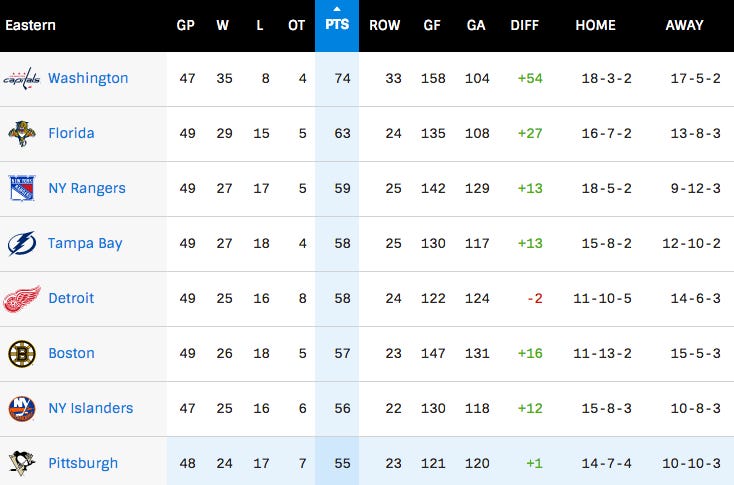