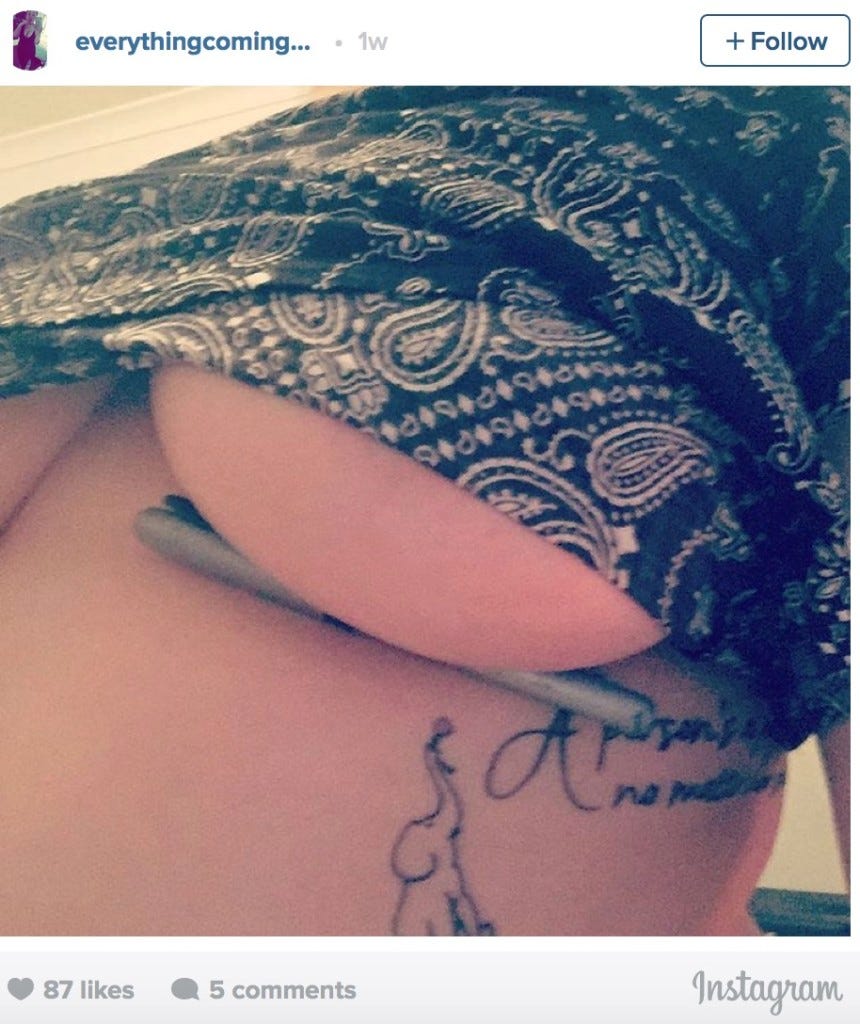 Mic – A new viral trend, the latest in a series of attention-grabbing, body-conscious stunts, has blossomed in the wilds of the internet. It involves a whole lot of underboob — the part of the anatomy made famous by Rihanna’s tattoo and Beyoncé’s magazine cover — and a writing utensil. Your high school English teacher is already blushing.

The trend has spawned a few different hashtags, including #UnderboobChallenge, #PenChallenge and #CarryPenUnderBreast. The task is simple: keep a pen or pencil snug beneath one’s breast. Unsurprisingly, it appears to favor women with larger chests, which has certainly made some bystanders happy.

Congratulations, ladies: We finally have our very own version of a dick-measuring contest.

Here are a few more to review before we can judge the awful awful bodyshaming ramifications: 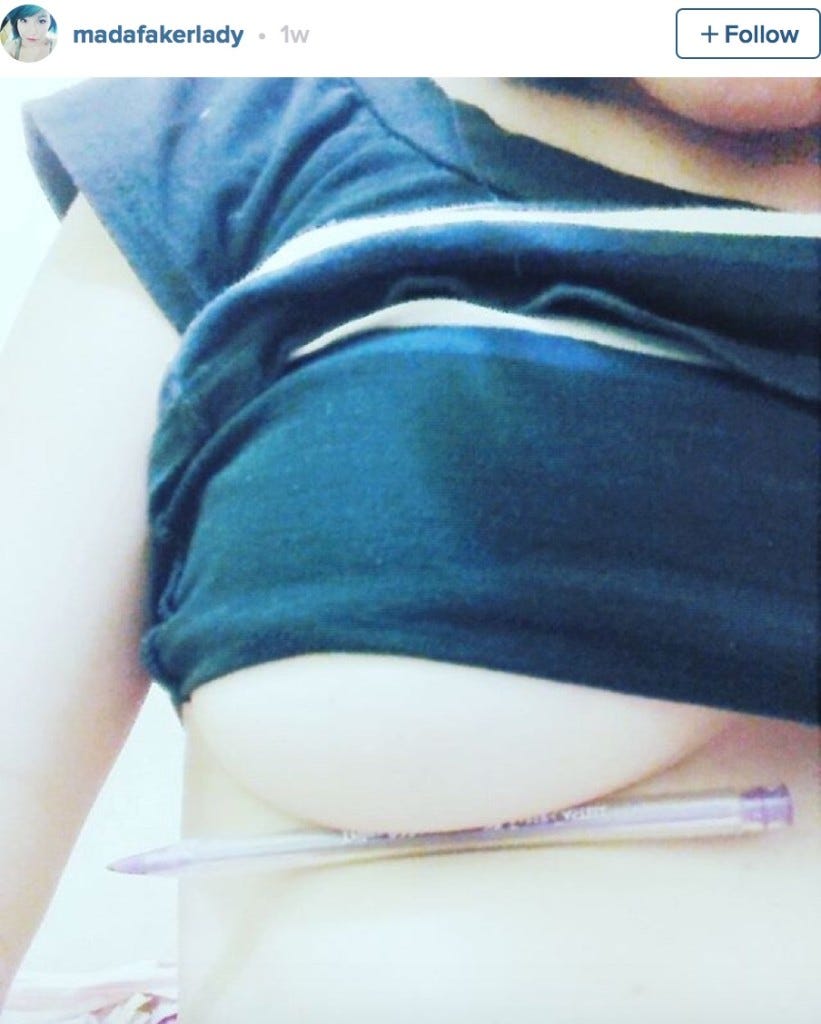 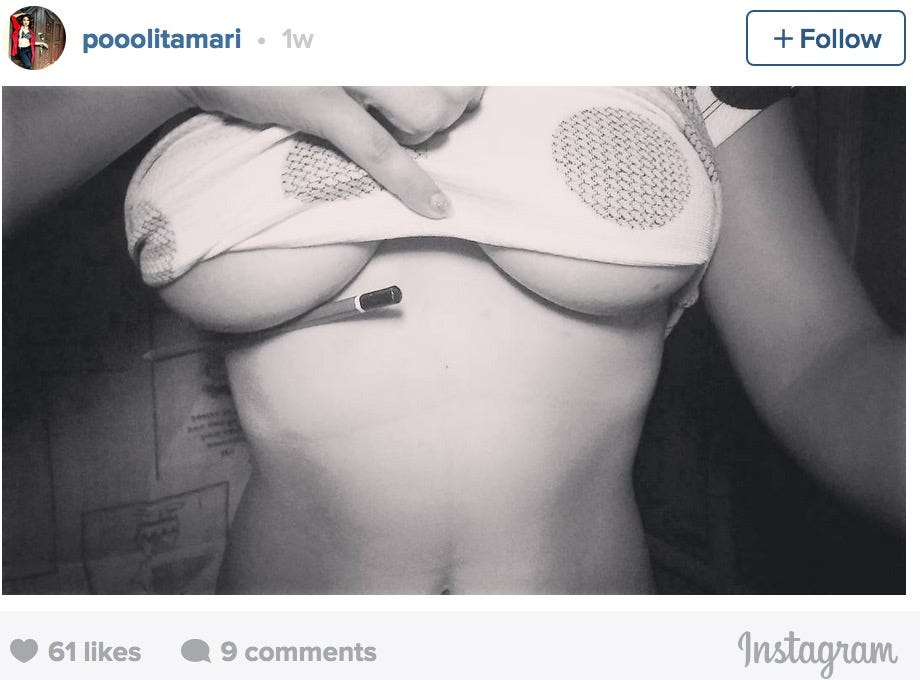 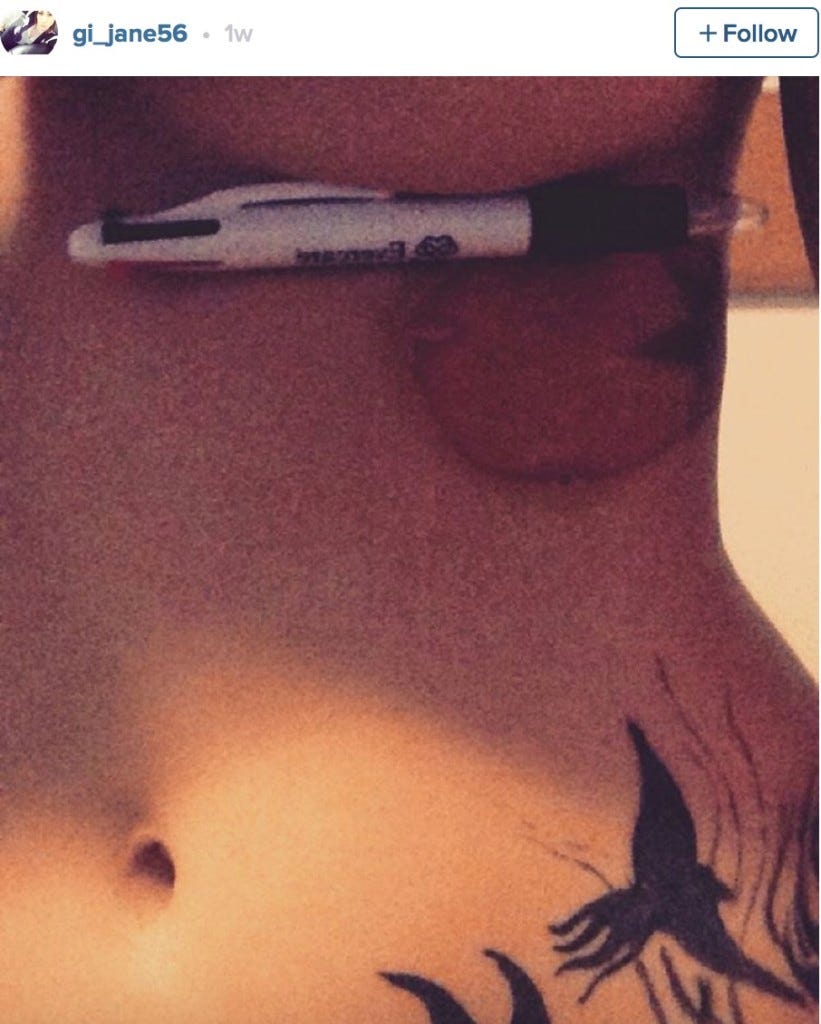 There are more here if you need to keep reviewing before we discuss. So here’s the thing I don’t get about this modern concept body shaming: Is there not room for women to be proud of their bodies without having to worry about it trickling down to other women? Like yeah this is 100% pointless and just for girls looking for attention to show off some dope tit meat that in more cases than not is probably just balancing out an awful everything else…but are these the people women are looking to for guidance in life in the first place? Not everything has to have a serious cause and effect on your psyches and, if it does, maybe your psyche shouldn’t be so delicate that we as a people have to expect dumb people to stop doing dumb but mildly amusing things. I just can’t believe we live in a world in which something as silly as chicks trying to hold objects with their boob is a thing that gets 1,000 word thought pieces about it.

And also isn’t this like body appreciating? For the last two decades it’s been “blah blah blah real women have curves” and now here we are with women proud of their curves and proving they also have uses beyond just putting your face in them and going “Wrrrgrgrghghghghghghghghbkbkbherrr” and they’re being torn down just like the waifish chicks with A cups were crucified before them. All titties matter ladies, I don’t know why I always have to be the voice of reason in the female community to save you gals from yourselves but we all have our crosses to bear.