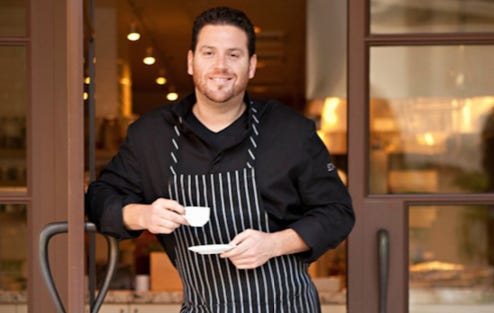 Does this look like the face of my newest enemy?

If you’re on the Internet, chances are you’ve made an Internet enemy. Sometimes it’s because you write for Barstool (every hockey twitter woman), sometimes it’s out of pure hatred (I hate Norman Chad), and sometimes it is completely random. Case in point, my new enemy, Scott Conant, a famous chef and oft-time judge on my favorite show, Chopped. If you follow me over on Twitter, you know I watch a ton of Chopped. You know my least favorite thing in the entire world is when a contestant leaves out an ingredient…and then the judges STILL put them through to the next round. I don’t care if another chef took a shit on the plate- if they used all 4 ingredients and someone else only used 3, the person who forgot one should be gone.

But I digress, let me take you back to Saturday night. I’m having my usual rowdy Saturday night, eating an 18 inch Vocelli pizza and drinking by myself while watching Chopped. It’s Chopped All Stars, and Rocco DiSpirito walked through that door. It was like the Rock returning on Raw, the place went nuts. Even the other All Star chefs were in awe. Rocco proceeded to wipe the floor with the 3 other chefs, but leave it up to Judge Scott to be his normal surly, holier-than-thou self and try to act like he is better than Rocco. So I fire off a tweet to my homies on #ChoppedTwitter who are watching with me on a wild Saturday night.

And Scott, well, he did not take too kindly to that.

Now I will say this- I should have @’d him. Didn’t even think to look up his Twitter name. Just fired off a Tweet without really thinking. Someone @’d him and I was blocked no more than 6 seconds later. Soft, Scott. Softer than crème fraîche. But that’s EXACTLY who Scott is. Probably the most famous example of this is his distain for raw onions. He hates raw onions. An ingredient that’s in so many dishes, he won’t eat and he will get people chopped if they use them, even if they make sense and taste good in the dish. It’s so classic Scott. Also it turns out he has fan girls like you read about.

Andddd I’m dead. I suggest you check out her timeline by the way, she is definitely going to kidnap Scott and store him in her walk-in freezer.

I don’t want to be enemies with Scott. I never intended on being his enemy. But ooops, looks like when one chef blocks you, another one becomes your best friend: 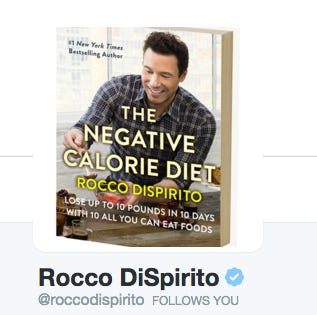 That’s a trade I’ll take any day of the week. My new goal is to have Rocco teach me how to cook while I get drunk. We will call it RBV Kitchen. Million dollar idea.

And now for my Chopped judge power rankings: 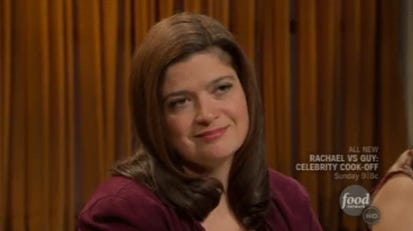 In a land slide. If Alex isn’t your favorite judge you’re doing it wrong. Simply put, Alex is a bad bitch. 99.9% of the time she’s the best chef in the room, and she knows it, and she knows everyone else knows it. She’s a fair judge- she’ll tell you if you fucked it up, but she will compliment you if you did something that impresses her. Impress Alex and you’re more than likely moving on to the next round. Also, if you want to see her in action, watch the Thanksgiving episode from this year. The judges go head to head in a Thanksgiving themed episode, and spoiler alert: she cooks circles around them. One of the most impressive Chopped performances of all time. 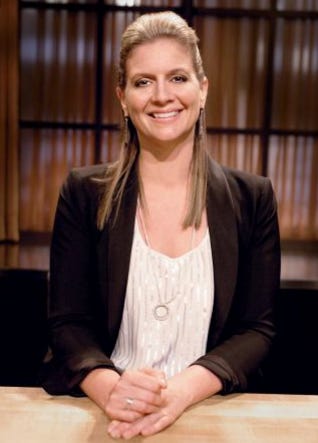 There’s not much to dislike about Amanda. She makes the contestants feel welcome, while offering constructive criticism to them even if their dish sucked. She seems genuinely happy to be there and eat all the chocolate possible. Plus she’s a Chopped 10. 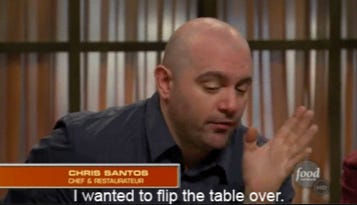 I feel like Chris is the most recognizable of the judges. He’s always there, or at least it seems that way. He loves meat, he loves when you cook it properly, and he doesn’t mince words if you don’t. He’s honest to a fault, but he’s not there to make you feel better about yourself, he’s there to judge a cooking competition and acts accordingly. 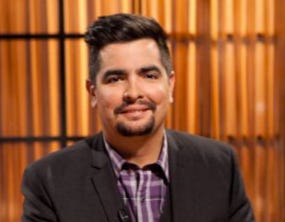 To be honest, I’m not really sure what to say about Aaron. He flies under the radar with me to the point I forgot his name was Aaron. Whenever he’s judging I feel I agree with him. Also, just make tacos for the appetizer round and you’re golden. 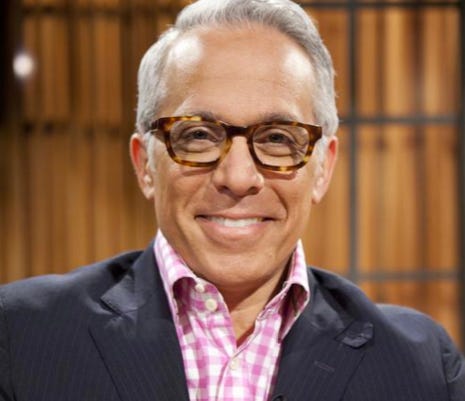 Ok so I know I have Geoffrey at 5, but he’s actually my number 2 behind Alex. I just wanted to put him last on the list for the shock factor. EVERYONE hates Geoffrey. He’s so pretentious and it’s hilarious. I don’t know if Geoffrey has ever been happy with a dish in his life. But he just has this way about him that is endearing. I want him to be meaner. While Scott is a dick because Scott thinks he’s the hottest girl at the prom, Geoff is a dick because he was born into that life. He simply can’t help himself.