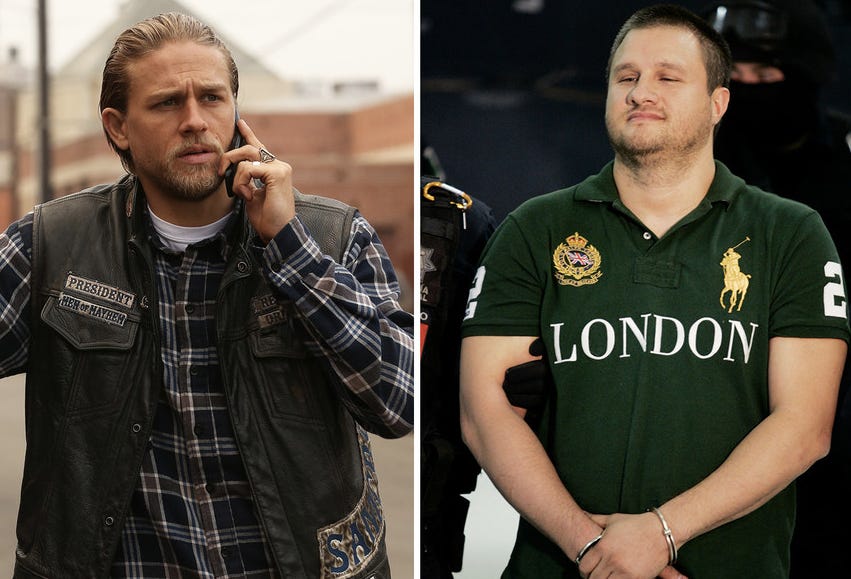 (VanityFair) — In the midst of one of the biggest diversity uproars in Hollywood history, Legendary Studios has announced that blond-haired, blue-eyed English actor Charlie Hunnam would be playing real-life Mexican-American drug lord Edgar Valdez Villarreal. This, a Los Angeles Times headline reads, “is exactly what’s wrong with Hollywood.” With backlash to the Hunnam casting coming so loudly and so quickly, have we finally reached a breaking point with Hollywood’s whitewashing issue? Villarreal had the nickname “La Barbie” thanks to his lighter hair, skin, and blue eyes, which could help Legendary’s case. The film’s producers—no doubt hoping to capitalize on Hunnam’s devoted Sons of Anarchy fan base—thought Hunnam was a good enough match for Villarreal, and Hunnam’s gangster character Jax Teller certainly has plenty in common with the notorious Mexican cartel leader. Or maybe it was the word “London” emblazoned across the Ralph Lauren polo shirt Villarreal wore during his arrest that gave them the bright idea to cast such a Caucasian actor in a rare leading Chicano role. None of those arguments, however, are likely to quell the response, which won’t get any quieter once the film is released. Just last week, George Clooney said of the Oscar scandal, “By the way, we’re talking about African Americans. For Hispanics, it’s even worse. We need to get better at this. We used to be better at it.” A meaty Oscar-worthy biopic about a notorious Mexican-American gangster written by American Sniper’s Jason Hall? That seems like the perfect opportunity to think outside the Caucasian box. If the backlash on this casting is as effective as it was for the Academy, this could be a tipping point for enormous change.

Incredible. Just incredible. You’d think that during all this #OscarsSoWhite controversy, films would be smart enough to not release any controversial casting decisions and perhaps even rethink them. But no, Hollywood continues to be a bunch of racist buffoons. Charlie Hunnam playing a guy named Edgar Valdez Villarreal? How does that make any sense whatsoever? Charlie Hunnam has blonde hair, blue eyes, and is white. Edgar Valdez Villarreal quite famously has blonde hair, blue eyes, and is white. Pretty disgusting that producers seem to think audiences are going to buy that they’re the same person. Oh did I mention that Hunnam is from England and Villarreal is from Texas? They don’t even have the same voices. How exactly do the filmmakers expect us to believe that they’re the same guy? What, is Hunnam going to wear different clothes, speak in a different voice, and pretend to be a different person or something? Sounds pretty ridiculous. Good luck getting me to believe that Jax Teller — I mean Charlie Hunnam — can pull off being an American gangster.

PS – I am slightly offended because Hunnam is way too pretty to play this dude.

PPS – The first time I saw Green Street Hooligans I was like 16 in high school, hanging out in my friend’s basement, drinking beers like badass high school kids do. After it was over I immediately shaved my head and put the Petey slit in my eyebrow. Sweetest/lamest thing I’ve ever done.