This is what the NHL fantasized about when they decided to go to 3-on-3 for overtime. Up and down, constant motion, scoring chances and breakaways every 5 seconds. It was exhilarating to watcg the Penguins and Blackhawks in OT last night. I loved it so much that I barely even remember that the Hawks blew a 2-0 lead. The Penguins stink, but they were made to play three on three hockey. Crosby, Kessel, Malkin, and Letang against the Hawks with Toews, Kane, Keith, Hossa, and Panarin. Every shift in OT was an all-star game.

And it ended perfectly with a little broccoli cheddar from Panarin

Max effort from Kessel on the Panera goal too.

Making this guy play three on three is like when Michael Scott tried to make Kevin do the fun run. He’s probably so pissed he has to go to the rink tonight. 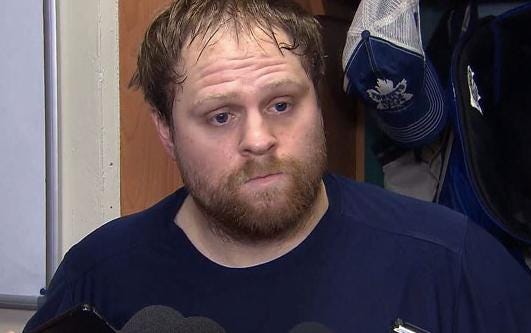