Of course the media is making this all about the Patriots. Of course they are. I’m surprised we haven’t lost a couple draft picks yet for Peyton being caught cheating.  We’re the straw that stirs the drink. Peyton Manning gets busted for HGH let’s blame it on the Pats. You can’t write this shit.

Now before I get into this let me say for the 1,000th time I don’t care that Peyton Manning used HGH. He 100% did, but I don’t care. Anybody who thinks his wife just happened to be getting HGH shipments at the same exact time he was trying to come back from his neck injury is either covering for Peyton or a buffoon. Did you listen to the Al Jazeera tape? Charles Sly wasn’t lying. You don’t name drop Taylor Teagarden and Peyton Manning if you’re lying. He was telling the truth when he didn’t realize he was being recorded and then panicked when the Manning Mafia started threatening him. He never wanted to be in the spotlight. That’s why he retracted his statement. It really couldn’t be more obvious. But again that’s really neither here nor there. This blog is about Peter King. 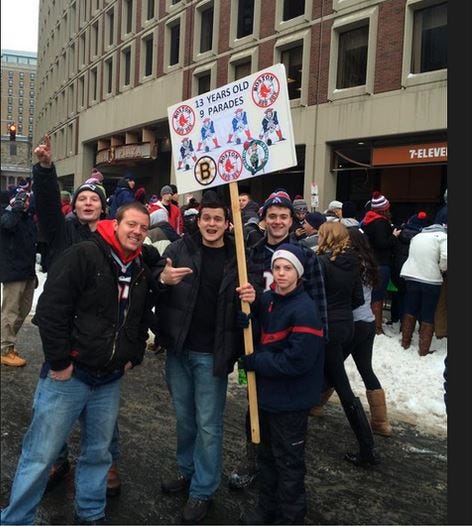 But as I’ve said from the beginning this isn’t about Peyton or Brady. It’s about the way the media has handled it. How guys including Peter King not only rushed to indict Brady without knowing any of the facts, but actively spread misinformation. The exact opposite is happening with Manning. The media is rushing to defend him and trying to discredit his accusers. They are making it seem like Al Jazeera is the National Enquirer. They say there is no evidence of Manning actually using the HGH because it was just sent to his wife.  Manning is innocent until proven guilty. Where was all this logic when there was no evidence connecting Brady to deflating footballs or even that the balls were actually deflated? That’s what Pats fans are angry about.  It has nothing to do with having an inferiority complex. No story in the history of American culture has exposed the hypocrisy of the media more than this one. The fact that Peter King is too stupid to see this is obscene. I’d even go as far as to argue that Patriots fans have made Peter King a better reporter. Remember when he rushed to judgement on the Ray Rice case and made a fool out of himself and was forced to apologize? Remember when he rushed to judgement with the Brady case and was forced to apologize? At least this time he didn’t pick sides yet. He’s actually letting the facts play out and not being used by Archie Manning. He has Patriot fans to thank for that and nobody else. As the below video shows we are keeping him honest. I’d rather he just say thank you and go on his merry way. Inferiority complex? No. We have a truth complex.