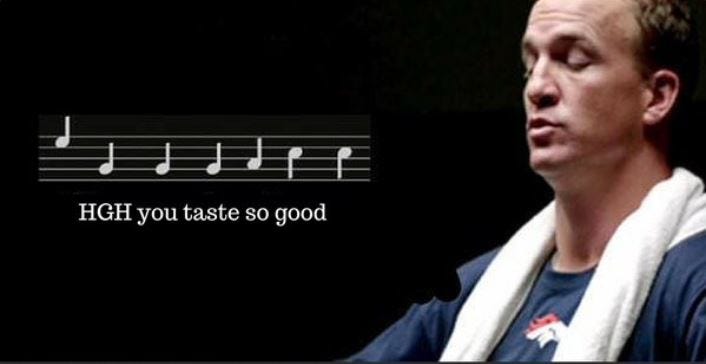 It’s late. I got Pete’s Plunge tomorrow. I need to get my beauty sleep. But I just got to chime in real quick on this Al Jazeera story about Peyton Manning using HGH. Listen I don’t care that Peyton cheated. I don’t care that his entire public persona is a fraud. I’m just curious to see whether the NFL and the national media attack him with the same vigor they attacked Tom Brady. Whether they suspend him for 4 games. Whether Chris Mortensen makes up lies and then refuses to retract them. Whether Mark Brunell cries on National TV about the integrity of the game. Whether Roger Goodell makes it his personal life mission to ruin his image. We all know the answer already though. They won’t. I know that. You know know that. Everybody knows that. Because Peyton Manning is a media darling. He plays footsie with Chris Mortensen. He gives them what they want to hear.