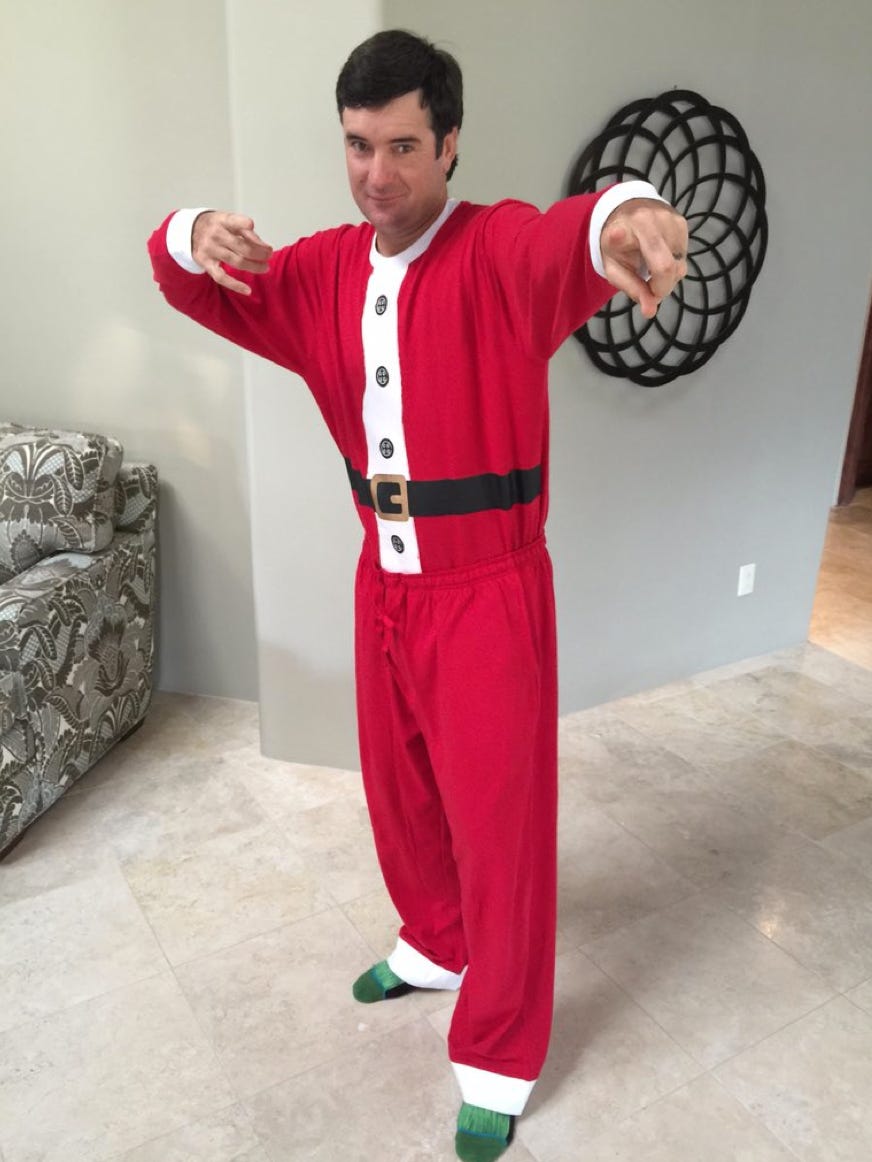 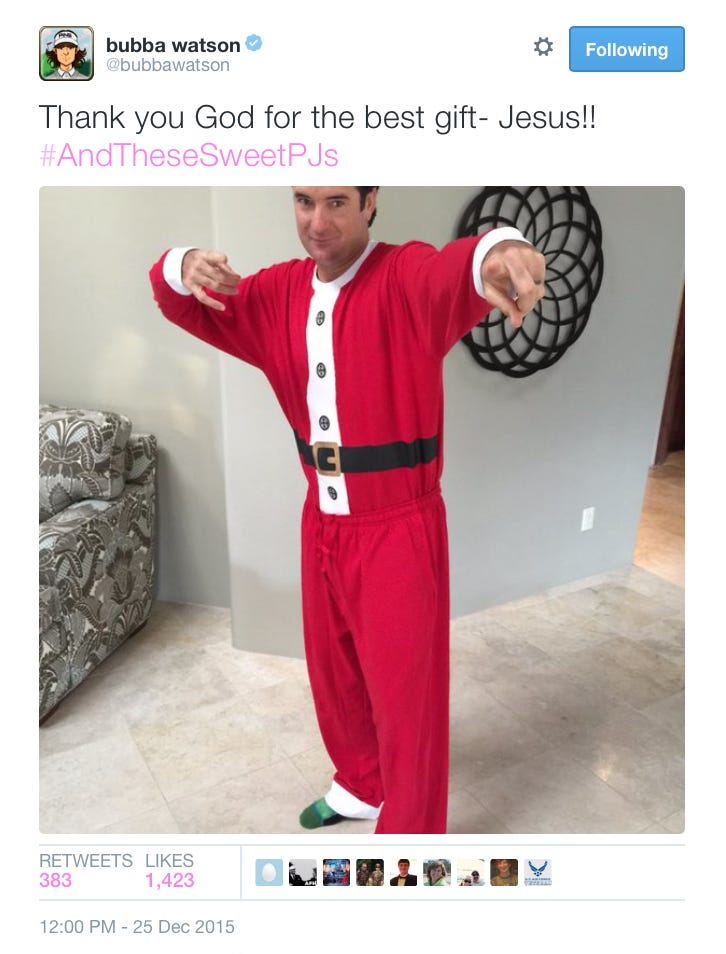 Here’s what I need Bubba Watson to do.  Any impulse he has or any thought that floats up into his brain I need him to do the exact opposite.  Don’t dress up as Santa and try to ruin my favorite holiday of the year. Don’t say Jesus is the best gift when the Nintendo 64 snatched that crown in ’96 and never let it go. Don’t play that pie-in-the-face game wrong and then do that god awful, “you’re welcome” thing that he apparently still thinks is the coolest thing in the world. Just stop.  This is the only way Bubba can ever become cool even if there’s a 0% chance it ever happens.  He needs to do the opposite of everything his brain tells him to do. Fucking Bubba.

At least we still have Dustin and Paulina who are the very definition of #RelationshipGoals. 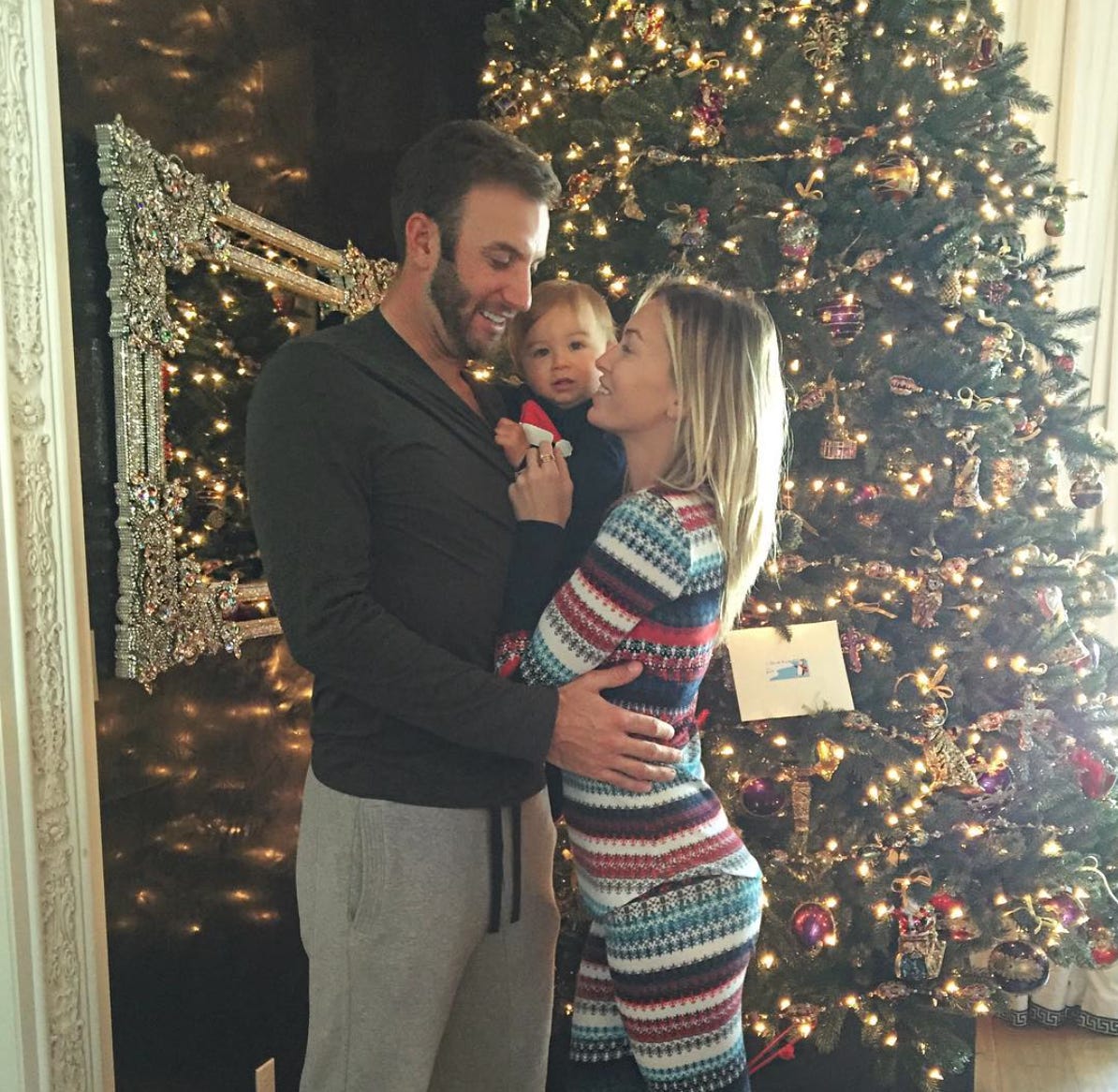