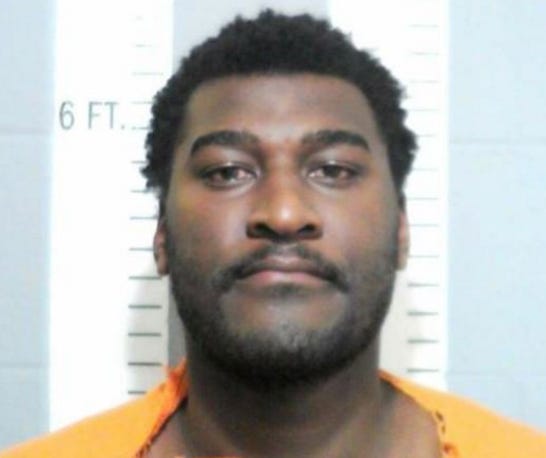 TMZ – Ex-NFL star Justin Blackmon was arrested for DUI in Oklahoma this weekend — his 2nd DUI in three years. The 25-year-old wide receiver — a 1st round pick in the 2012 NFL Draft — was arrested at 4:45 AM on Saturday morning in Carter County, OK. He was taken to a nearby station where he was booked and posed for a mug shot.  The Jacksonville Jaguars player was suspended indefinitely from the NFL since last year … when he was arrested in Oklahoma for marijuana possession.

Really though at this point, you’re kind of an asshole if you make fun of Justin Blackmon. This guy does not have 1 good influence in his life. He’s 25 and looks closer to 45. Hasn’t gone a year without being arrested since Nam. Guy had all the talent in the world and will never be able to use it again. It’s an unfortunate case that he could not grow up and put it all together. I’m pondering if the NFL should have done anything different with him (and players with similar situations). Because on one hand they should not have to baby sit a grown ass man, but on the other hand, you have these kids from bad backgrounds get handed a ton of cash and legitimately they have no idea how to handle it. I guess we need people like Blackmon to balance out the world. To teach lessons about what not to do if you are a superstar WR in the making. I wouldn’t trust Justin Blackmon to do 1 task on Earth. Like I wouldn’t trust Justin Blackmon to take a dollar to the store and buy a Kit Kat. Somehow he’d come up with 4 grams of weed and a traffic violation. This is now his second arrest since being indefinitely suspended by the NFL, I guess let’s hope he ends this bad path he’s going down.