There’s not much that can be said about the Capitals that hasn’t already been said. Dominate. Better than everyone they play. Relentless. Tough. They were down 3-0 to Tampa on Friday and then scored 5 unanswered, including 2 from the American Hero TJ Oshie and 2 from Ovi.

And then last night the Caps had a terrible end to the first period, allowing the Rangers to go up 3-1. The Caps were playing like shit and the defense looked very tired. So all they did was come out and score 6 more, destroying the Rangers 7-3 in their house. Chased Hank to the bench. Ovi and Oshie both scored again, and Justin Williams and Backstrom both had 3 point nights as the Caps won their 5th in a row with no signs of stopping. A little adversity doesn’t hurt this team. A bad bounce, a fluke goal, it doesn’t matter. When Holtby (now 21-4-1) is in net, this team is never out of it. When the Caps get a PP, you might as well just chalk up the goal. 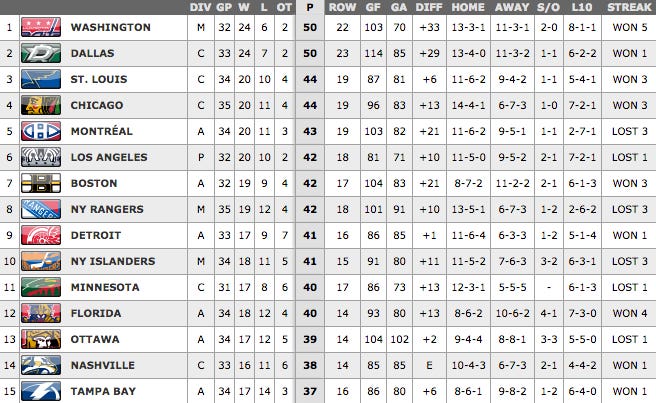 Best goal differential and the least number of goals against.

And the best part is it’s a complete team effort. It’s not Ovi scoring 60 goals this year and putting the team on his back. Through 32 games the Caps already have 5 10 goal scorers, and there’s a possibility they end with 10 different double digit goal scorers.

The Caps can play .500 hockey the rest of the season and still finish with 100 points. I can’t believe we aren’t even halfway done with the regular season yet, I can’t wait for the playoffs.

ROCK THE RED is almost out of stock. Buy now. 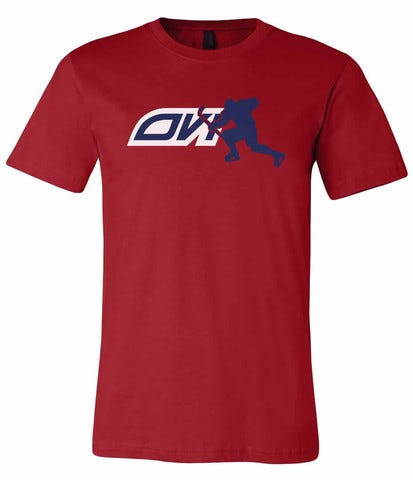