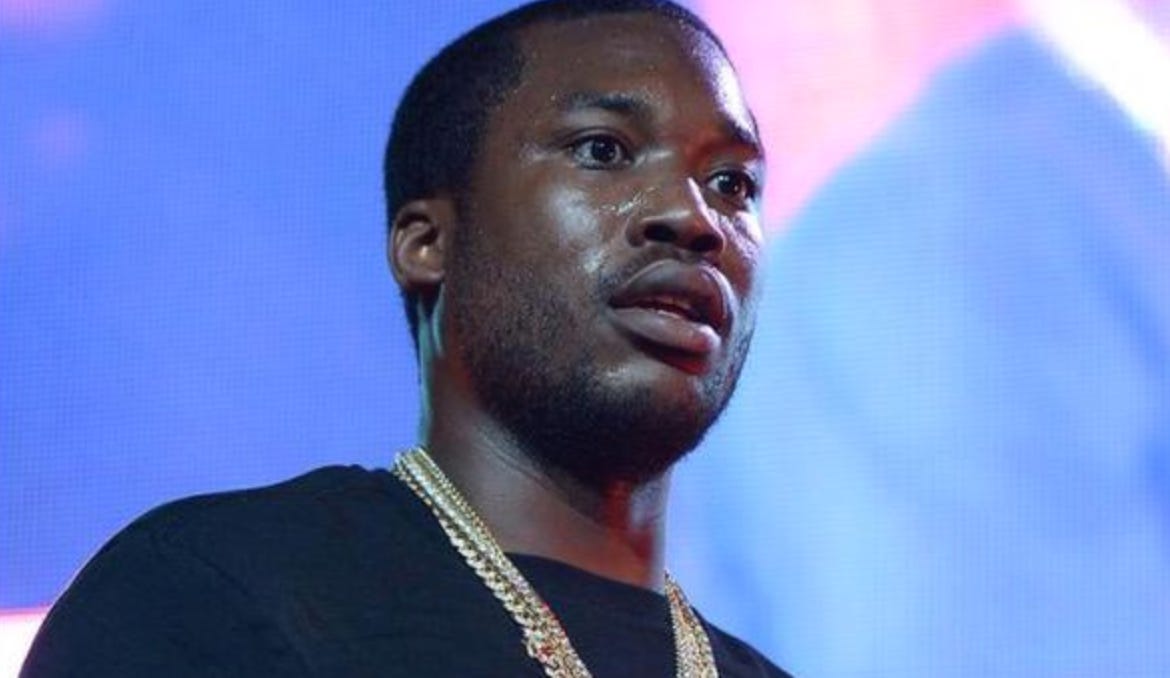 Daily Mail- It’s a double whammy for rapper Meek Mill. TMZ reported Sunday that the 28-year-old has forfeited hundreds of thousands of dollars in gigs he’s had to cancel after a Pennsylvania judge prohibited him from leaving the state. And the hitmaker has lost a part in 12 O’Clock Boys, an upcoming movie from Will Smith’s Overbrook Entertainment, according to Page Six on Saturday. Meek, real name Robert Rihmeek Williams, has constantly violated his parole conditions, imposed after serving time for drug dealing and gun possession in 2008. He’s presently in the hot seat because he came to Los Angeles for the American Music Awards on November 22 with girlfriend Nicki Minaj without getting court approval. TMZ’s sources claimed Meek had a slew of gigs booked before the judge banned him from leaving the state. And he’s paying out on a house that he and Nicki, 33, rented in Los Angeles plus $15,000 a week for the recording studio he had booked there.  On Thursday, a judge ordered him not to work or perform before a February 5 sentencing for his parole violations. That puts in jeopardy his Las Vegas New Year’s Eve concert with Nicki at Drai’s, for which he would’ve made $140,000, sources told Page Six. Apparently it was supposed to be his first step in getting a residency in Sin City, which is now also in doubt.

And Meek Mill takes another L.  It’s getting to the point now that the judge just needs to give Meek time served after all he’s been through and let him live his horrible normal life.  They’re really gonna send this dude to prison?  After all he’s been through this year?  His career is already in shambles thanks to Drake murdering him on a song that might win a Grammy, he can’t travel because he violated his probation by trying to use cold water as urine when taking a drug test which means he can’t make money on concerts and now he’s missing out on a role in a Will Smith movie. The hits just keep coming for Meek.  Name a person not named Steve Harvey who had a worse 2015 than Meek Mill, you can’t.  The final stage of this life collapse is when Nicki Minaj breaks up with him while he’s in prison and starts fucking Drake and/or Lil Wayne in a reenactment of the song “Only” Or worse yet, doesn’t break up with him and starts fucking them anyway. It’s happening. You know it and I know it. At that point I say we all do Meek a favor, have him committed to a mental institution and let him live out the rest of his days there. It’s the humane thing to do.