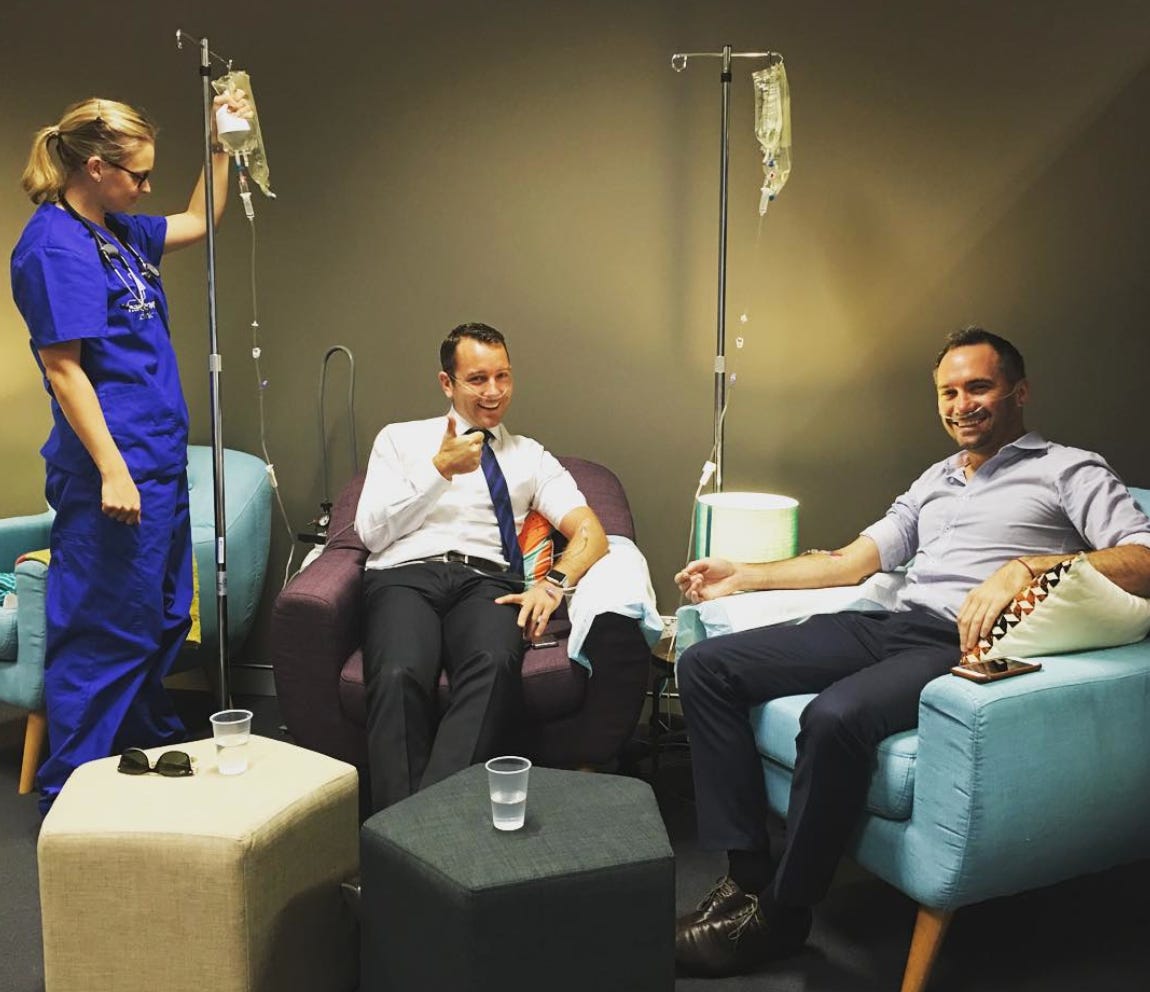 SURRY HILLS, Australia, Dec. 14 (UPI) — The first “Hangover Clinic” to open its doors in Australia is offering binge drinkers a medical treatment for their morning-after aches and pains. The Hangover Clinic in Surry Hills, a suburb of Sydney, offers packages ranging from about $102 to $145 — $140 to $200 in Australian dollars — that consist of intravenous drips, painkillers and vitamins designed to relieve the headaches and nausea associated with the morning after a night of heavy drinking. “Our unique IV hydration packages give you a speedy recovery from hangovers by rapidly restoring your fluid levels with the direct introduction of saline into your system,” the clinic’s website states. “These packages are tailored with the infusion of vitamins and anti-nausea medications to eliminate your symptoms and accelerate your recovery.” Clinic co-founder Max Petro said the business was inspired by his time as a ski instructor several years ago. “The ski patrollers, who are all qualified paramedics, were always last out at night and first up in the morning,” he told the Sydney Morning Herald. “I always wondered how they did it until one day, they let me in on their secret. They took me into their little ski shack and they were all hooked up to IVs and oxygen. So next time I was a bit dusty, I knocked on their door and asked if I could give it a crack. It’s been in the back of my mind ever since.”

Alright so I’ve seen these places before.  Pretty sure they first opened up in Las Vegas then continued to pop up randomly in other places.  I’ll say this, I always see ideas that make me think, “I should’ve of thought of that. It’s so simple. I would’ve been rich” but this Hangover Clinic idea really is the one idea all of us should’ve and could’ve thought of in our sleep. All of us are hungover every weekend of every year and we always say, “I would give anything to get rid of this hangover.” We’ve had the idea all along. We were just too hungover to do anything about it.  $200? We’d get rich in no time. That seems a tad pricey but DONE. Some hangovers are bearable and can be tolerated with a blue Gatorade and sesame chicken.  Other hangovers I would pay $1,000 and sign away my soul for it to be gone. If I want a Hangover Clinic in lowly ol’ Iowa then people have to want them everywhere, right?  And with that in mind, why are they not everywhere?  It makes me feel like they don’t totally work if people aren’t clamoring for them to be in their city. Because if it worked people would be writing their local congressman. Vegas was the perfect place to start it because you have people from all over.  Then the idea would be that they demand one be put where they live back home. So do they work or nah? Honestly I just want to try one to see if it helps at all. It doesn’t have to get rid of my hangovers entirely. Just give me any sense of relief as I lay dying from too much Jameson. That’s all I ask.