I thought I was just going to have a relaxing Sunday night last night after a long weekend and a nice Eagles win earlier in the day. But boy was I wrong because out of nowhere comes this brain buster across the Twitter machine. Now it’s easy to answer the question “which 3 players would you start a franchise in the NHL with?” straight up without taking age/money into the equation. I go Jonathan Toews, Henrik Lundqvist and honestly I still probably go with Crosby despite how shitty the Penguins are this season. But with age and contracts both being in the equation now, it’s time to strap on the GM hat and actually put a little thought into this one. So here it goes. 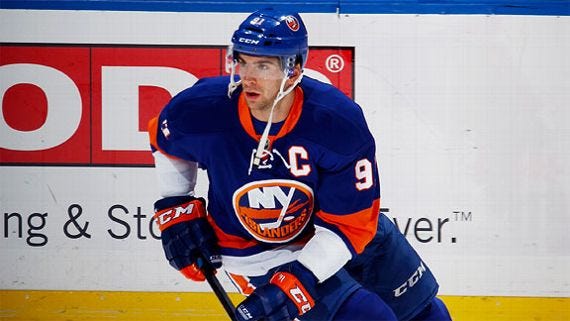 There are certain players in the NHL who are just natural leaders/winners. Guys like Ovechkin aren’t winners. Sure, he’s the most talented player in the world offensively, but he’ll never win a Stanley Cup while wearing a C on his sweater. John Tavares on the other hand? Well he’s the type of player you want leading your team. He’s won at the World Juniors level, he’s won at the Olympic level, he’ll eventually win at the NHL level. He plays a great brand of North American hockey. He’ll toy with you on offense, he’ll bully you on defense, and you can tell that he’s hungry. At $5.5 million for a few more seasons, he’s a must have. 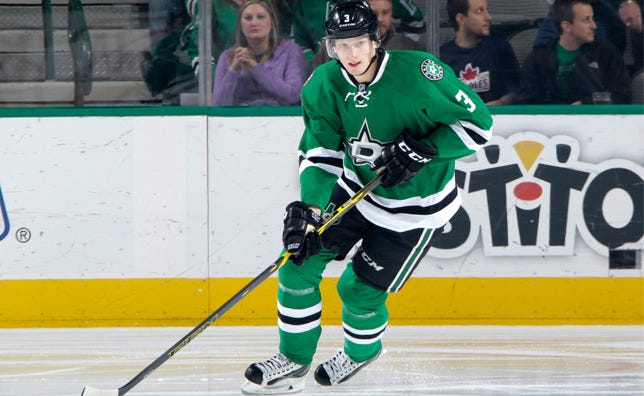 The Dallas Stars struck gold when they drafted John Klingberg 131st overall back in 2010. Through 30 games so far this season, Klingberg has already racked up 30 points on 5 goals and 25 assists. Obviously it’s easy to load up on assists when you’re playing with guys like Tyler Seguin and Jamie Benn, but the Dallas Stars are for real this year. And if the team keeps going the way that they’re going, and Klingberg keeps playing the way that he’s been playing, well then he could very well end up being your Norris Trophy winner in just his 2nd season in the league.

He’s been hurt the past few weeks and won’t be back until after the Winter Classic, but make no mistake that Carey Price is currently the best goaltender in the league. And at only $6.5 million, he’s an absolute steal. Last year alone he won the William M. Jennings trophy for fewest goals allowed in the NHL. He won the Vezina, he won the Hart and he was a first team all-star. If Montreal can find another guy to solidify their top 6, he could very well end up being a Stanley Cup winning goaltender come June (Montreal is for sure my team making it out of the East at this point). Since age isn’t as big of a concern among goalies, you almost have to take price to be your guy between the pipes.

Erik Karlsson, 25 years old, $6.5 million AAV through 2019: I think you can blame Nick Lidstrom for this one. Because for years, all the best kids in Sweden were playing defense because they want to be the next Nick Lidstrom. It’s why you have guys like Karlsson, Klingberg and Victor Hedman dominating the league right now. The only issue with Karlsson is that he has better hair than I do. Like much better hair. And as an owner, I just can’t be dealing with that shit.

Tyler Seguin, 23 Years Old, $5.75 million AAV through 2019: I love Seguin to death. Obviously he’s talented as fuck and I’d love to be friends with the guy because he just gets to score a ton of goals and rail smokes on the regular. With that being said, I just don’t think he’s the guy who I necessarily start a franchise with. I know he’s done a ton of growing up since getting shipped out of Boston, but yeah.

Connor McDavid, Jack Eichel, Aaron Ekblad, etc. etc., 18-19 years old, Entry Level Contracts: Anybody that has been on the site at all over the past couple months knows that I love this year’s rookie class more than anybody else on the interwebs (just gonna group Ekblad in here even though he’s in his 2nd year). I think that there are at least 10 legitimate studs in this year’s rookie class that are going to do great things in the league. I’d obviously love to have a guy like McDavid on my roster and be set for at least the next decade. However, if I have to start an NHL franchise with just 3 guys, I don’t think I take someone who is currently in their ELC. Who knows what type of money these kids are going to be worth in a few more years. If you start a franchise with McDavid, Eichel and Ekblad today, you’re paying pennies. But once those ELC’s are up, you could very well lock up half your salary cap on those 3 guys alone.

Jaromir Jagr, 43 years old, Will Play For Whatever You Give Him: the guy is going to play in this league until he dies. And the fact that he always needs more money to pay off his bookies means that you have the upper hand when negotiating a contract deal.

**Also, let me just take this time to let everyone know about General Fanager if you don’t know about it already. It’s the best site around right now for all your NHL Salary info needs. Nothing sucked more than when Cap Geek had to shut down. But General Fanager filled the void here and they usually have everything updated within minutes of new deals going down. They’re also a great follow on Twitter.

Update: Yeah, didn’t even think to check Johnathan Quick’s contract because I just figured he was making bank. But at 29 years old and $5.8 million AAV through 2023, I’ll take ‘em.

If your name is John and you’re in the NHL, chances are you’re a stud… Toews, Tavares, Klingberg, Quick.