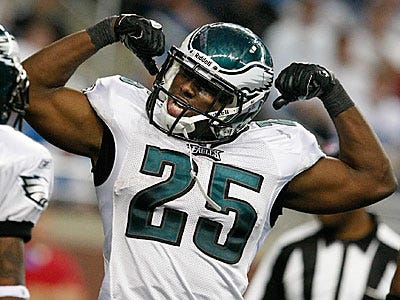 If you didn’t know, Shady McCoy is making his return to the Linc this week and so I give you his three best moments as an Eagle, in my opinion. (Lets not forget all the times he broke a tackle, ran behind the line of scrimmage, fumbled, recovered the fumble and was tackled for a 18 yard loss. Never forget.)

This is one of the best memories in the late Andy Reid Era and one of my favorites plays ever as an Eagles fan. Just one hell of a play call by big red and if you look close enough you can see Jason Peters and Toddy H blowing people up with blocks before they aged 60 years in the offseason and became backups.

This one was a classic. This game could have gone real bad real fast for the Birds but Shady came out in the second half and exploded the scoreboard up for one of the best rushing performances in Eagles history and it was done in at least 3-4 inches of snow.

This is maybe the last time before the win at Gillette last week where I watched an Eagles game and felt joy. This shit was the last time Shady really showed what he was capable of and this clip made me really miss him.