Yesterday’s goal was 290 points, let’s see if we hit it. Drumroll please… 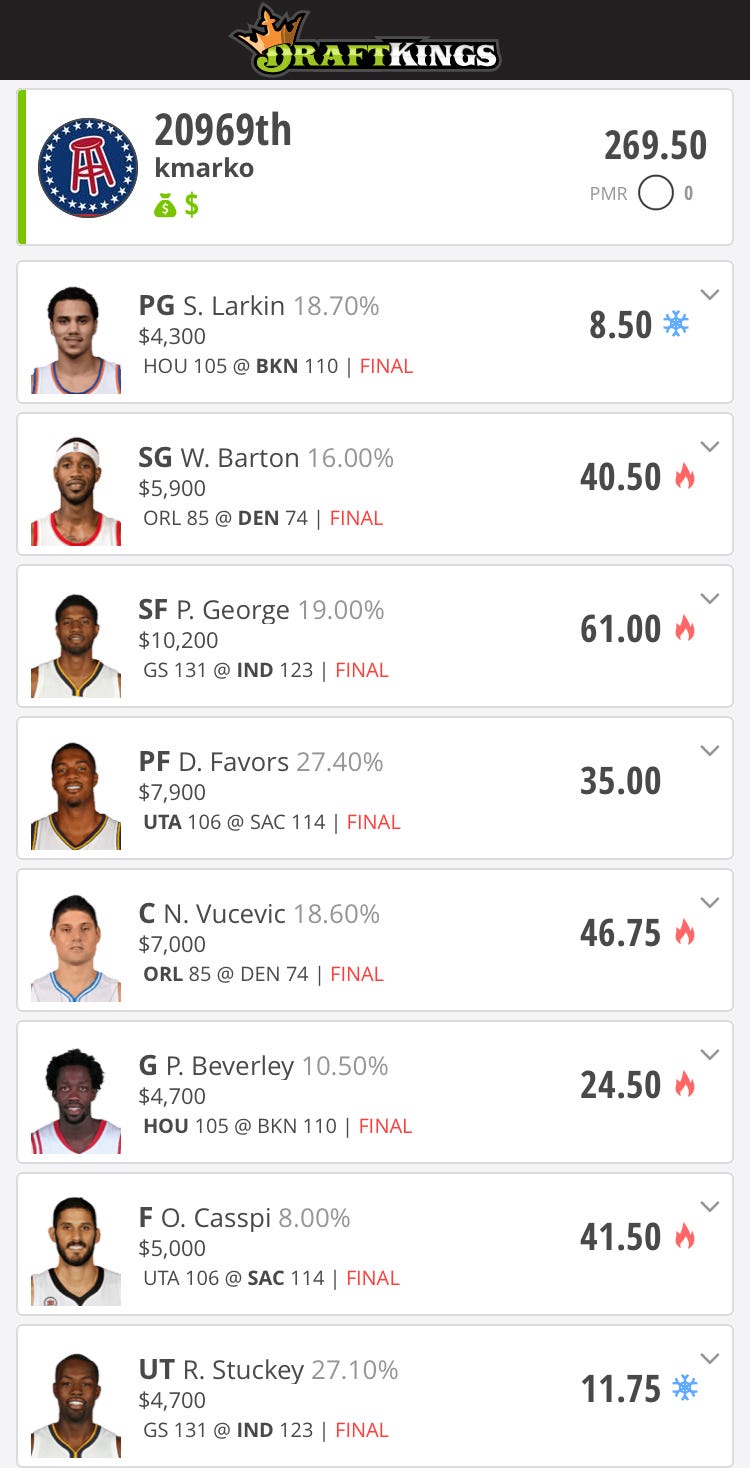 Nailed the Paul George pick, and Beverley returned value for the cheap play. Favors didn’t catch the snowflake but was still a let down. As for my other guys, I nailed Casspi, Barton and Vucevic…but duds from Larkin and Stuckey sunk me

Let’s jump into a sweet Wednesday slate with 3 picks from 3 price tiers and some bonus thoughts on the games. 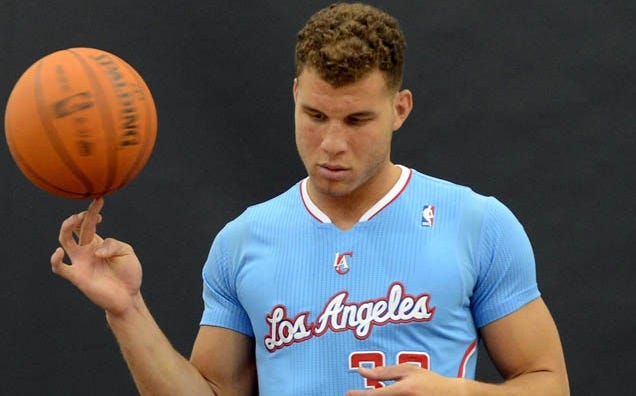 Only 1 $10K+ guy on the slate tonight after 7 last night, and if you want to roll with Harden, by all means. He let a ton of people down with an absolute dud last night, but I’m sure he’ll bounce back with a 55 spot tonight. The top price guy I’m paying for though is Blake. Kind of burned me last time I featured him, but shaking that off and going back to the well. Bottom line is he has a great matchup against the Bucks, has 60 point upside and doesn’t have the price to match. He’s also been lower owned than normal, at least in the tournaments I’ve been playing in, which will be clutch if you catch him on the night he explodes. As usual, Millsap is a better, cheaper option for your cash games, but you can’t beat Blake’s upside for tournaments. And maybe he’ll be extra motivated after getting put on a poster by a 56 year old KG?

Other $$ plays: Harden obviously, Kyle Lowry and John Wall at the PG spot. 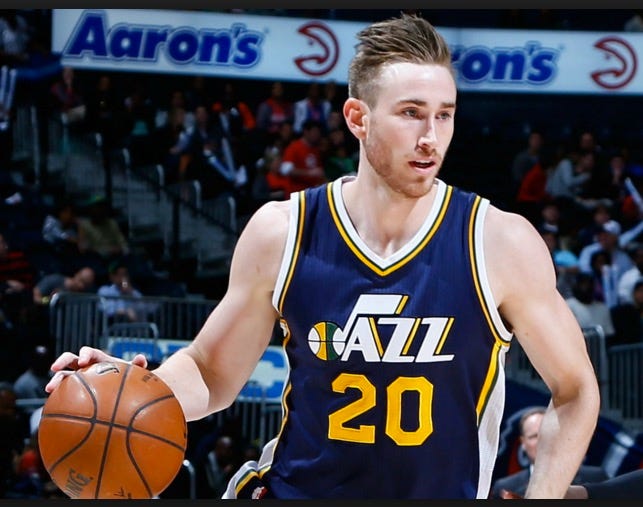 Been killing myself trying to figure out this Jazz team the past week, going with Booker one night, Favors the next, getting duds from no matter who I use. The one guy that was actually consistently producing was flying right under my radar. 4 straight games bordering on the 40 point line, and a 51 spot a couple games before that, Gordie Hayward has been on fire. Of course, if you’ve played him over the past 3 years, you know he’s always a risk to kill you with a 20 point dud, but that’s why these are tournament picks. He’s rarely owned highly (he was 4% last time I played him, he has probably gone up with his recent hot streak) so if you get him on a 45-50 point night you’re sitting pretty. Just be mentally prepared for the let down.

Other mid range guys: Dirk, KA Towns, and of course Rubio against the Lakers deserves a long hard look. 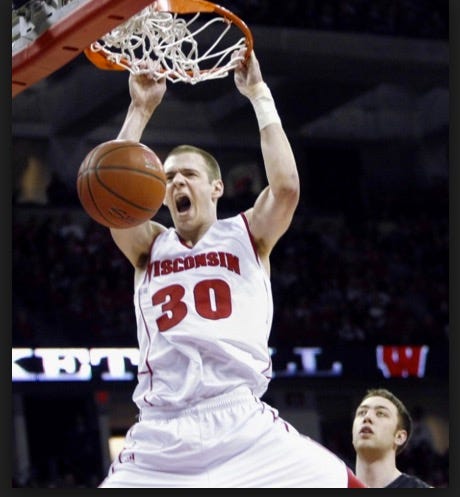 Who would have thought this big goofy bastard from Wisco would be an actual contributor in the NBA? With Markieff Morris in the doghouse, Leuer has been getting a ton of run, and putting up great numbers – he’s got a 42 and 37 point fantasy game in 2 of his last 4. He’s by no means a lock to keep up that production, and he may be a little too popular now, but at 4.8K it’ll be real tough for me to stay away.

If you want someone riskier but with some great reward, 3 guys I like tonight are – Terrence Ross with Carroll out for a while, Cody Zeller, and Corey Brewer if Ariza is out.