What a wacky fucking division. As of right now, the Skins sit by themselves in first place, a sentence I never thought I’d be typing on December 7th, but here we are. Since the Pats couldn’t take care of business at home last night vs the Eagles, things just got a bit more interesting in the race for the NFC East. While the Skins are still the favorites, if they decide to revert back to the norm and lose tonight on MNF to the sad, dreadful Cowboys, we would then have 3 5-7 teams gunning for that division title. That’s not what I want, not what I need, not what I have in mind. I started typing this blog hammering out playoff scenarios and division title scenarios and comparing schedules, but fuck that. Here, I found a link where you can read about that.

I don’t want to talk about the “what if’s” of the Skins losing tonight. They just can’t lose. This is a must-win game. Nobody expected the Skins to even remotely challenge for the division, but here we are. A chance to take command of the NFC East. After winning 7 games total over the last 2 seasons, the Redskins are in the fucking driver’s seat to win the division. I don’t want to talk about the Eagles or the Giants, I want to see the Skins go out there tonight and stomp a mudhole on the Cowboys candy asses and walk it dry. I want to see Kirk throw bombs to DeSean and hit Jordan Reed over the middle for first down after first down. Move to 6-6 with a game against the Bears next week.

Such a big game tonight. I’m going to eat so much junk food today I might puke before the game even start. HTTR. 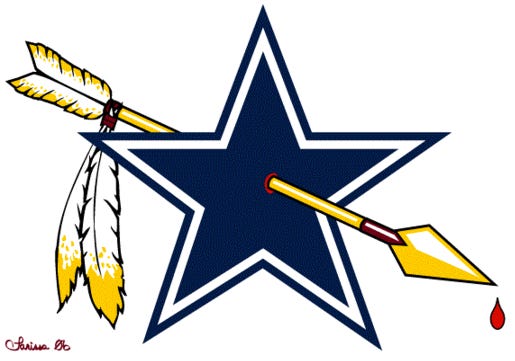