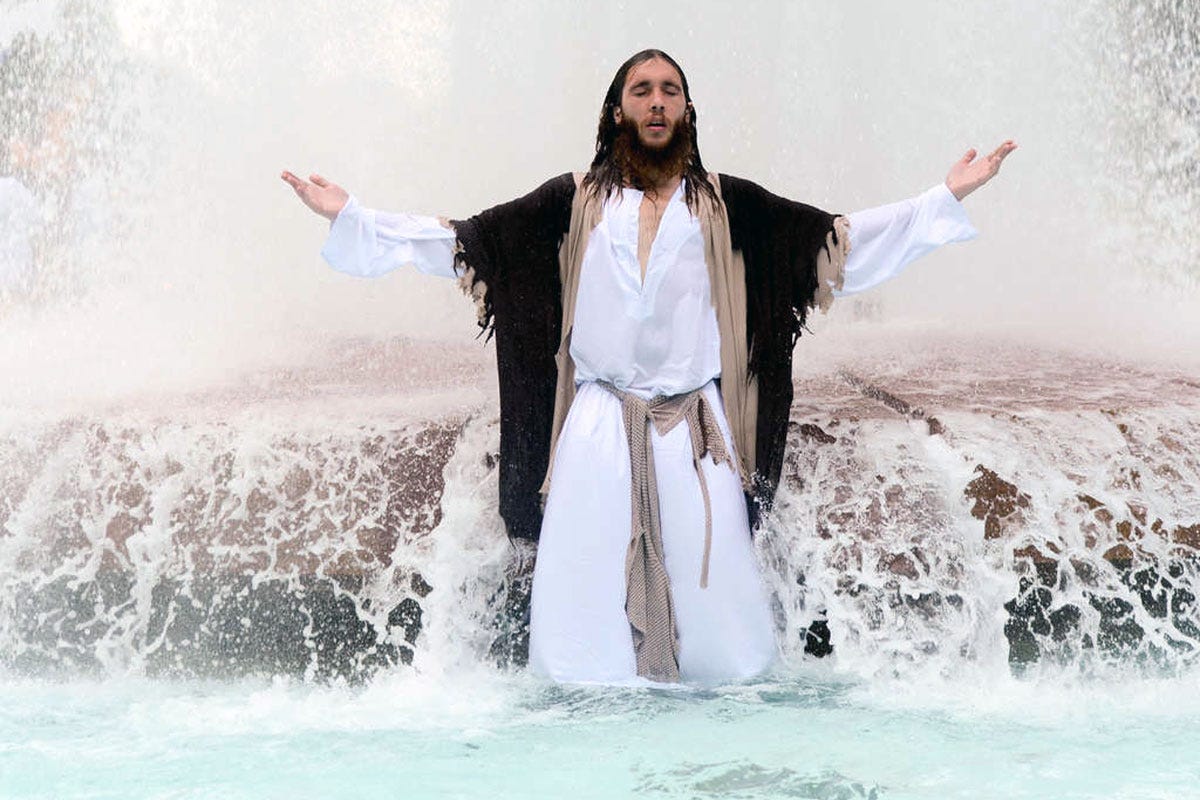 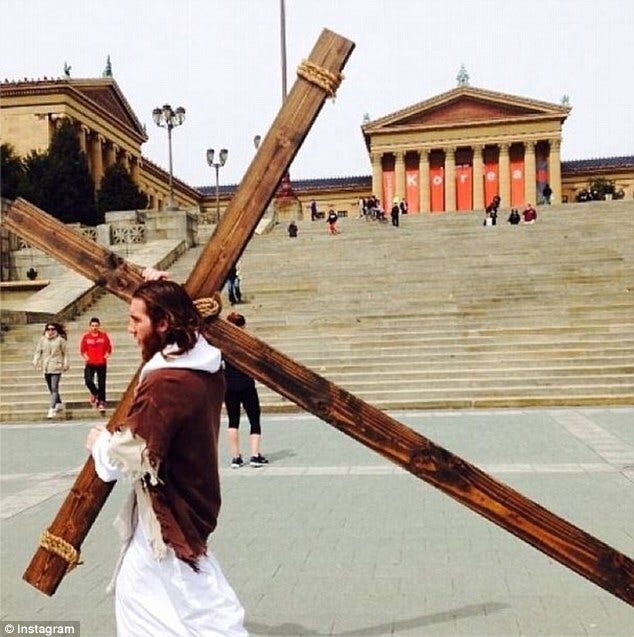 Philly.com – The man known as Philly Jesus has launched an Internet fund-raising campaign seeking to raise $70 million to expand, perhaps even make global, his LOVE Park-centered street ministry. Mike Grant, as Philly Jesus is otherwise known said that he needed the millions to further his ministry. To do that, he highlighted many anticipated expenses, including: “A building/stadium for the Philly Jesus Ministry.” “A helicopter/jet for the Philly Jesus Ministry to transport the ministry from and to future speaking engagements across the WORLD to share my testimony how JESUS saved me from the dark hole of addiction and despair . . . and to spread The Gospel of Jesus Christ to every creature in existence.” He also needs cash for mundane things such as business cards, laptops, and video cameras.

This freaking guy. I don’t know whether to give him a royal FUCK YOU or shake his hand. “Spread The Good Word” of my balls, pal. We all know this is a savvy move by yet another preacher/entertainer preying on the faithful to make a quick buck. There’s no way former heroin addict and “Satanic Rapper” named Opal Weaver could have access to $70 bucks without losing his shit. Imagine what this loonytoon can do with $70 MILLION in the bank. And you think Brewster haphazardly spent his millions. All I know is that ex-girlfriend who flattened him with his mini-van is going to attempt to drive right back into the picture after she sees the dollar signs.

Millions or not, there’s a greater chance of The Rapture happening than this 28-year-old kook making it post 30. Hanging out in North/West Philly with a heavy cross that’s a perfect murder weapon is not a smart way to live out your life.

PS – These Holy Assholes who try to justify their private jets are the worst of the worst. There is no level of hell worthy enough for any “Man Of The Lord” who is greedier than Scrooge McDuck. As a YouTube commenter put it: The Luis Vuitton jacket and gold watch is a nice touch too. They really are God’s servants.