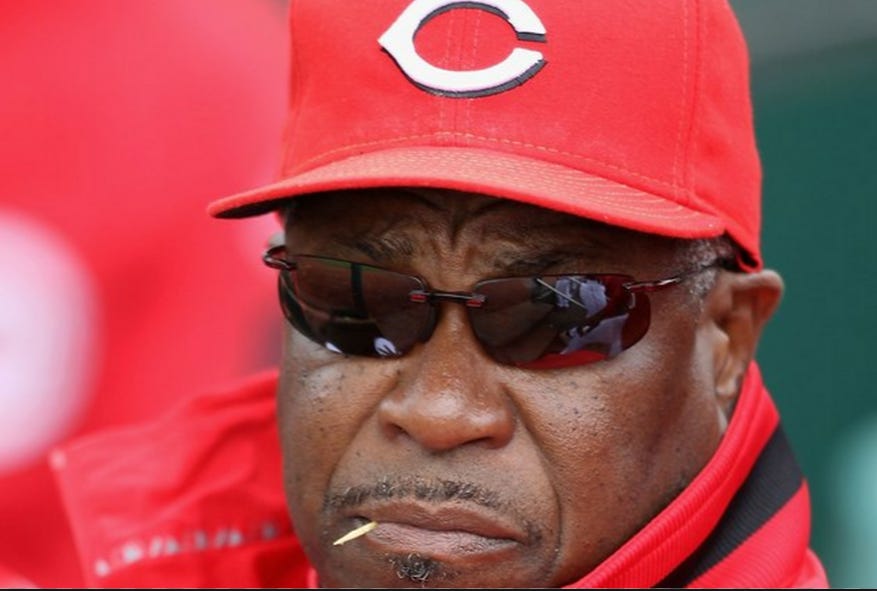 Reports are that Bud Black was super-lowballed by the front office during his contract negotiations and so the Nationals have now hired Dusty Baker to manage a Major League Baseball team. The Nationals will not win a championship with Dusty Baker as their skipper. I don’t care if you’ve got 5 aces, I don’t care if you have Barry Bonds, Sammy Sosa, Joey Votto, and Bryce Harper on the same team. The Nationals will not win a world championship with Dusty Baker managing the team. Under virtually any circumstances.

I’ve said this before and I’ll say this again: there are 30 MLB managing jobs in the ENTIRE world. THIRTY! And the team in our Nation’s capital is retarded enough to select Matt fucking Williams and Dusty Baker!? HOW!? If the Nationals pick any geek off the street with a basic grasp on concepts such as ‘on-base percentage,’ ‘probabilities,’ ‘managing,’ and ‘baseball,’ chances are, that average joe would be a better manager than those two jabronis. The fact that the Nationals Brass is unable to tell a good coach from a bad one is absolutely embarrassing – when the team hired MW at least, if you squinted, you could give the hiring committee the benefit of the doubt because he had never managed before (and they may have thought they saw some upside in Williams.

Even if you put on your rosiest glasses and operate with complete optimism, it would be impossible to view Baker as a good hire. He has managed well over 3,000 MLB games and has absolutely no hardware to show for it. Instead, he ruined Mark Prior’s and Kerry Wood’s careers and oversaw Edinson Volquez deteriorate from a 3.21 ERA 24 year old ace into a negative WAR player (with a 5.71 ERA in 20 starts) at age 27. I’m so worried about the Nats young arms, Gio and Ross. Let’s pray Dusty has learned from his mistakes, otherwise we are in for a world of problems. 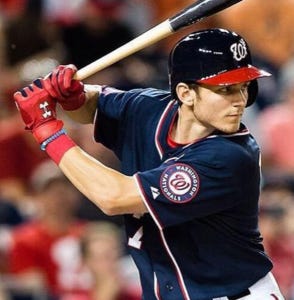 Dusty Baker actually said that players with good on-base percentages can “clog the bases” and his sadistic urges to ruin promising pitching careers makes him the absolute worst pick to manage a Nationals team with some very talented young pitchers and some great batters with even better eyes. And #TreaTime? Forget about it! Turner will have a 2/20 slump at some point in April and bang! Danny Espinosa is starting for the rest of the season. Remember when we were all furious with Williams for batting Harper in the bottom half of the lineup in 2014? Dusty probably thought that demotion was too lenient. One exhibit that comes to mind is catcher Devin Mesoraco was a very promising top-20 in baseball prospect for the Cincinnati Reds entering 2012 yet, when he got called to the show, he played very irregularly throughout 2012 and ’13 (behind apparent superstar Ryan Hanigan); after the Reds finally came to their senses and fired Baker, Mesoraco turned around and hit 25 homers with a .359 OBP at the catching position.

Before the baseball world collectively mocked Matt Williams for his frequent boneheaded moves, it laughed at Dusty Baker and, unfortunately, it looks like Baker will again be in the limelight and has a legitimate chance to keep the ‘Worst Manager in the MLB’ title belt right here in DC.

Silver lining is that at least Dusty Baker teams don’t collapse like MW’s … except for the Reds’ epic 2013 collapse, his 2012 playoffs collapse, the Giants allowing the Angels to storm back from a 3 games to 2 and 5-0 deficit for the World Series title, and a collapse before I was even born.