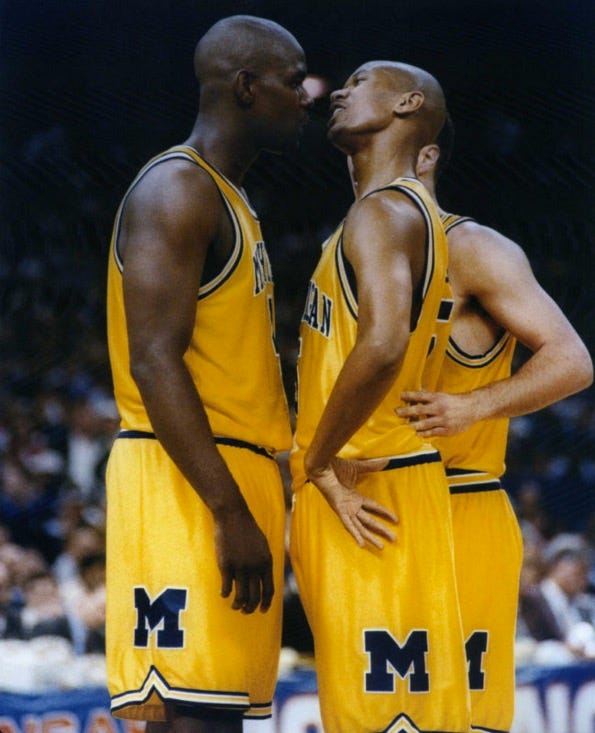 “I mean, Doug, we ain’t talking about that,” Webber said. “You ain’t getting that interview. I’m talking about Wake Forest. I don’t talk about him. I talked about him one time on The Dan Patrick show. That was it.”

Gottlieb tried to explain why he asked the question to begin with, but Webber cut him off.

“Come on, Doug,” Webber said, annoyed. “I just told you respectfully on your show I’m not going to talk about it. I’m talking about being a professor at Wake Forest teaching a class on culture in sports. Now do want want to beat me up because I did not answer you on your show?”

Not at all, Gottlieb said.

Well there you have it, quick update on Chris Webber’s relationship with his former best friend and Fab Five teammate: fucking hates his guts. 9 out of 10 on the hate meter. In case you thought things had warmed up since the infamous Dan Patrick interview:

I’ve sat here and, you know, and heard people in the doc[umentary] say I called the timeout on purpose, “how could you do that?” Now, 20 years ago when I went to the league, we didn’t mention it. It was a young 20-year-old crying in the back of the van saying “I’m coming back, we’re going to win the championship for everyone.” That’s what that was, so to hear people now, just to be famous … no one ever loved the Fab Five. So why would you use us to tell stories to get that fake love now? Our whole heart was in not being loved.

You know if you compared the sports it was being the Bill Laimbeer. I admired jim that he went on Chicago’s floor and put his hands up and said “boo me.” Cause he knew the truth of who he was. He knew he worked hard, he knew maybe he won’t win tonight, but [thought] “why am I gonna dim my lighter, why am I gonna beg you for your love if when I have to do that if it’s not going to be sincere anyways?”

So I was disheartened by … whatever someone is trying to create our legacy, because that’s not the legacy. Don’t try to go back and act like you were smart and a martyr and all this. Don’t do that. Just tell the story and let people have fun and be like us. So it was a good feeling when I left. I did something so stupid, that after I left Golden State, because of a contract dispute not because of Coach Nelson, but when I left there where did I go? I went to the worst team in the league to be with Juwan, because he was my friend and I knew that we would practice and work hard every day. So those guys are going to be a big part of my life, and I wasn’t too happy with not giving the full context of the story but trying to show how tough, how hard, all that.

And Jalen’s response to that…

“One dude traveled then called timeout. One dude lied to grand jury and hasn’t apologized. One dude tried to circumvent the documentary to HBO. One dude ignored multiple requests from everyone involved after agreeing to participate. One dude played like (President) Obama and sat in a suite during Michigan’s recent title game. One dude slandered Ed Martin after all he did for him and his family. One dude is not in contact with the other four (which is all good). One dude has been doing a rebuttal doc for four years. One dude clearly is delusional and still in denial,” Rose said of Webber in messages to Larry Brown Sports.

“Congrats on your amazing success! Respect had no price. Man up.” [via Larry Brown Sports]

…it would appear they have not. Chris Webber won’t even say his name, like he’s Voldemort or something.

Just wish these guys could bury the hatchet and move on… 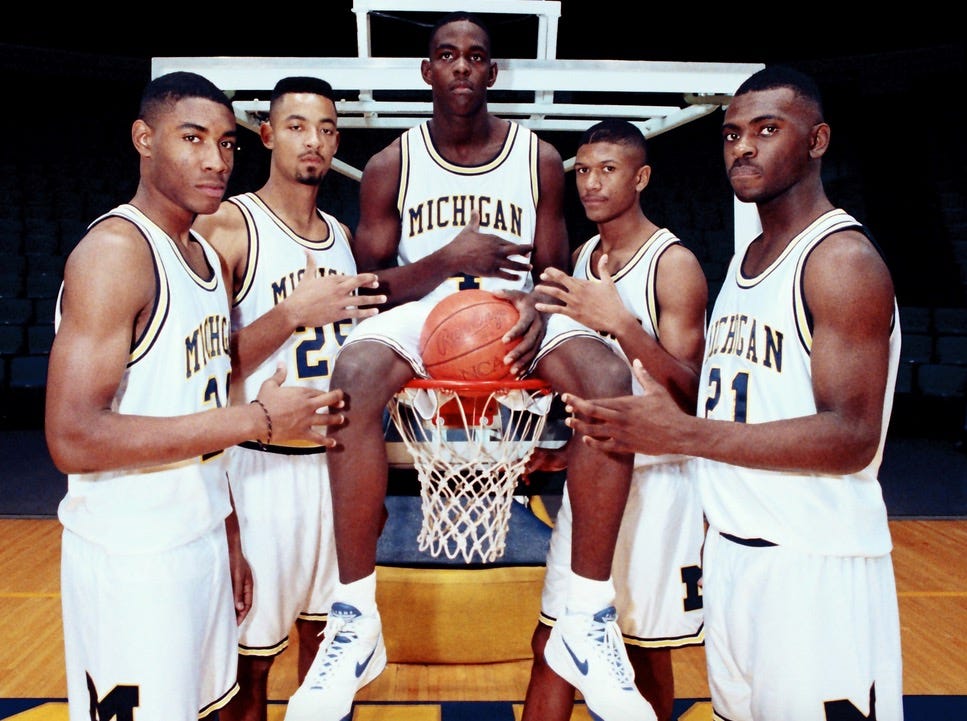 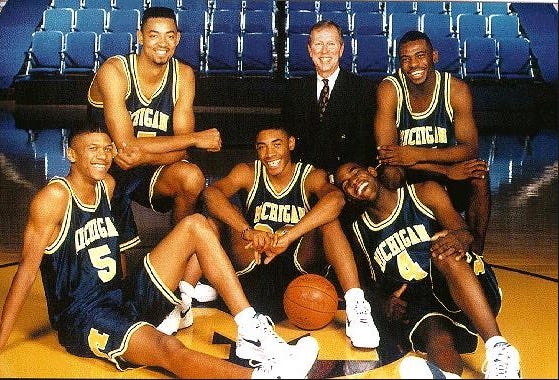 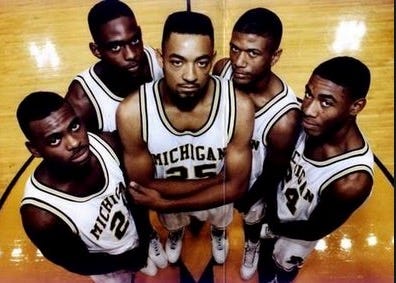 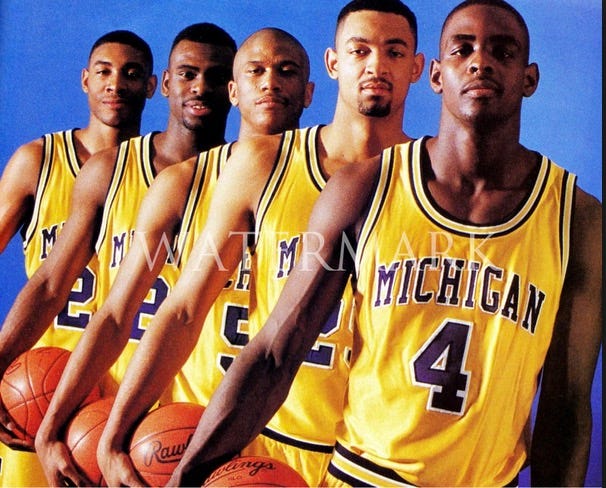 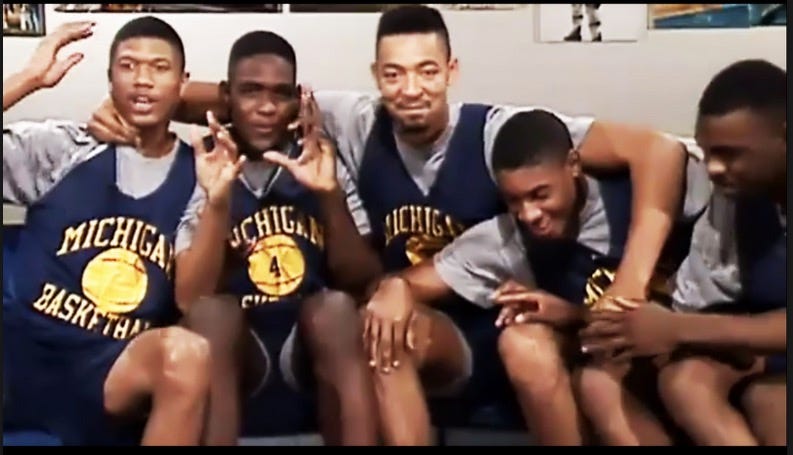