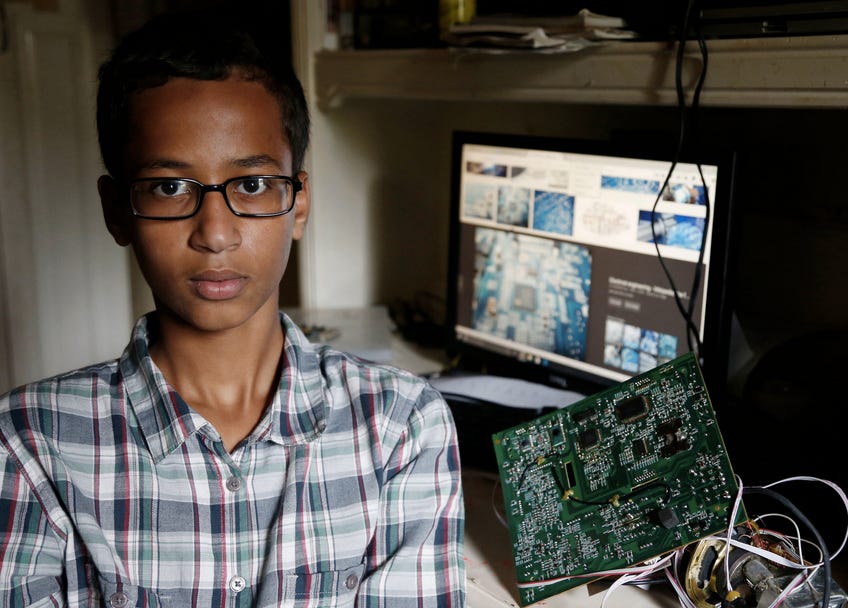 (NYT) — Ahmed Mohamed, the teenager who became a national flash point after he was detained and handcuffed in a suburban Dallas high school for bringing in a homemade clock, is moving to Qatar with his family. The Young Innovators Program at the Qatar Foundation for Education, Science and Community Development said it was giving Ahmed, a 14-year-old from Irving, Tex., a full scholarship. The foundation works in partnership with several American universities, including Carnegie Mellon, Texas A & M, Georgetown and Northwestern. Ahmed’s family said the foundation would fund his high school and undergraduate education. “I really enjoyed my time at Education City, where I met other kids like me who are part of the Young Innovators Program,” Ahmed said in a statement about time he spent in Qatar this month. “Qatar was a cool place to visit. I loved the city of Doha because it’s so modern. I saw so many amazing schools there, many of them campuses of famous American universities. The teachers were great. I think I will learn a lot and have fun, too.”

I’ll admit that Ahmed Mohamed probably got a bit of a raw deal in Texas. You probably shouldn’t handcuff and detain a 14 year old kid for hours over a science experiment. He’s most likely not a terrorist.

If I were Ahmed, I would do two things differently if I really wanted to drive that “not a terrorist” thing home.

1) I would not build a bomb 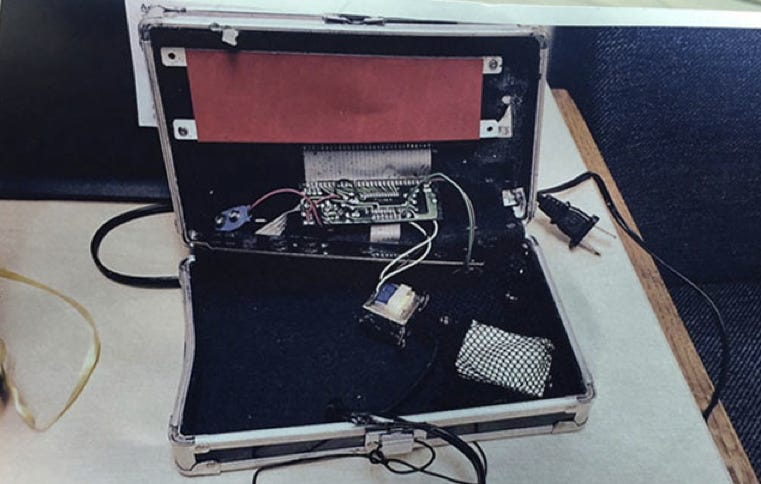 I don’t care what you say. That’s a bomb. Don’t want to get detained for building suitcase bombs? Build better clocks. Be smarter. Sorry, there are some things you can’t do if you’re of Muslim descent. 1) Can’t pray in airports and 2) can’t build clock bombs then cry when people think they’re clock bombs.

And 2? I wouldn’t move to the middle east when America pissed me off. Kiiiiinda nerve wracking, bro. The CIA is absolutely starting a file on you right now and is probably gonna have Quinn follow you for the rest of your life. You’re trying to tell me that this kid isn’t mumbling in Arabic about how much he hates America as he rolls up his prayer rug and heads to the Middle East? Of course he is.

But, hey, have fun in Qatar, man. Beautiful place. Totally modern. You see all those beautiful buildings and futuristic skyline? Yeah, slaves built those. Also, there’s no free speech and you’re not allowed to swear so I hope you didn’t pick up any nasty habits in Dallas. Finally, they operate under Sharia Law so if you bring another one of those piece of shit “clocks” to school they’re probably going to cut your head off rather than inconvenience you for a few hours until you get to meet the president. Enjoy!