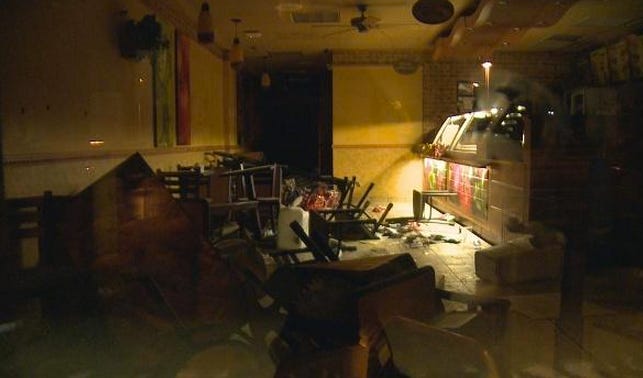 Fox - A naked woman destroyed a Subway in Alaska Tuesday night,according to KTUU. Employees told police that the woman entered the restaurant fully clothed around 5 p.m. and went to the restroom. About two hours later she came out of the restroom naked and began destroying the restaurant. She broke furniture, pulled down ceiling tiles, and threw food, tables and furniture, according to KTUU. Police said the woman appeared to be on drugs. The woman is now in police custody. 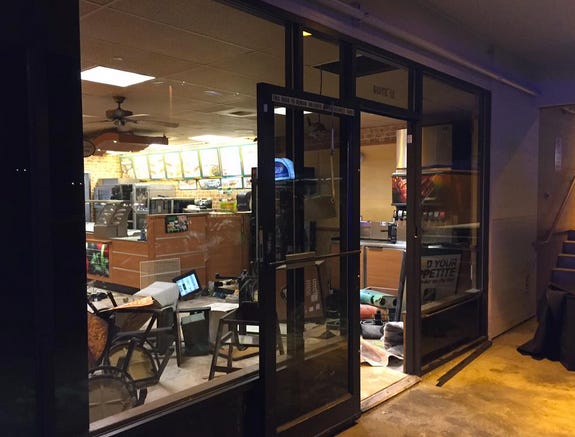 Can’t really blame the woman for getting high on bath salts and going to town on the Subway. What else are you going to do there? You’re in fucking Alaska. If you aren’t constantly drunk or high you’re definitely in the minority. You wake up freezing cold every day of the year, you can’t walk outside without a moose fight breaking out in your driveway, and apparently the only option for food is a big bready Subway sandwich. Gross. Subway, where “a little bit of mayo” means the entire bottle.

So again, I don’t really blame this woman. You have to put some of the blame on the Subway employees who let this bitch chill in the bathroom for 2 hours. At some point you have to get her out of there. The second you let someone come into your bathroom and make it their own private domicile you are just asking for trouble. TWO HOURS they let her get high in there before jumping out like a ninja and going Hurricane Katrina on the restaurant. Processed meats flying everywhere, yesterday’s veggies hanging from chandeliers, the grossest steak of all time in the walls. 50/50 blame between the woman and the staff.