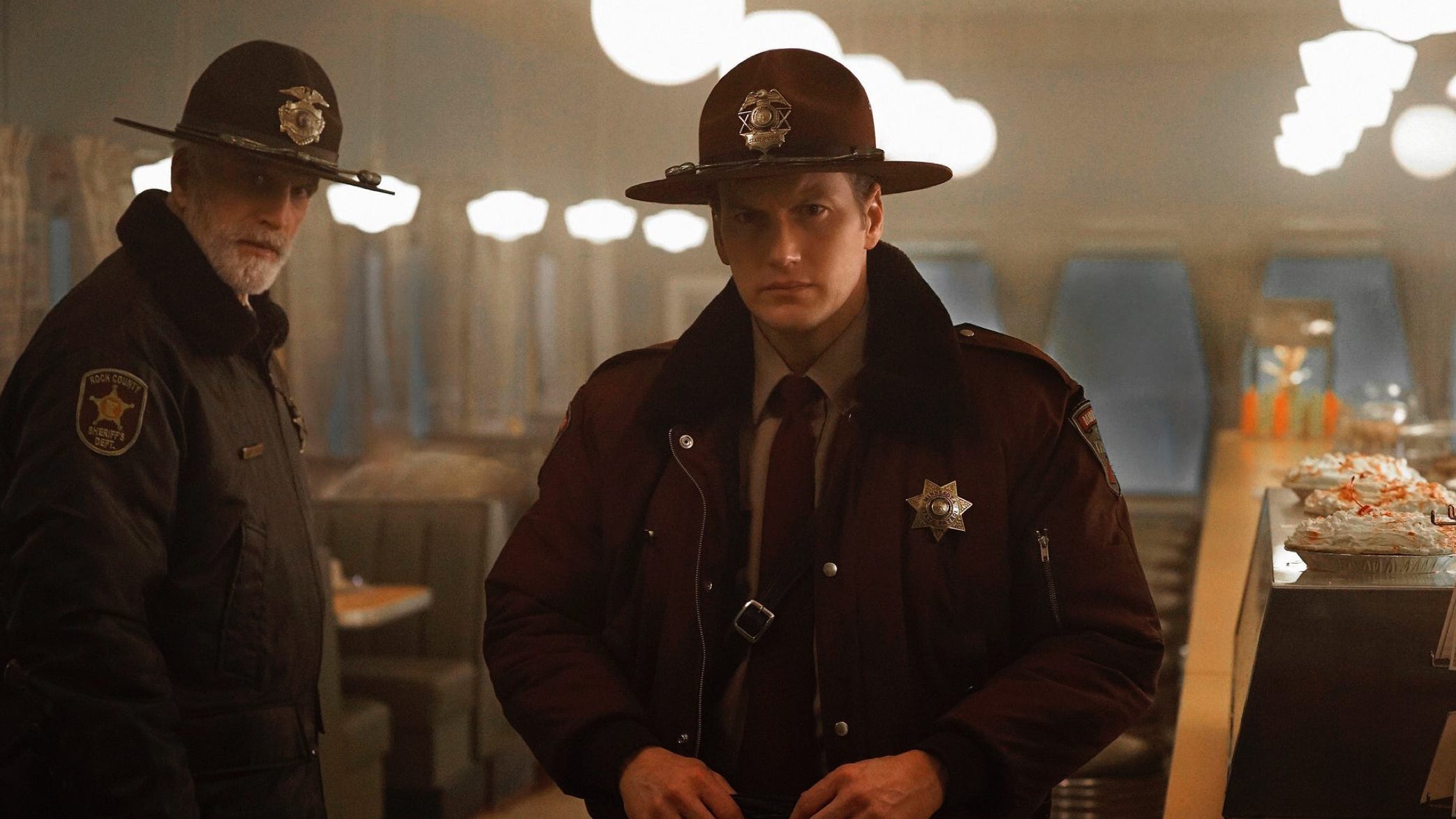 This isn’t a TV review.  That’s KFC’s thing and he’s great at it. He’s the type of person who can watch an episode of television, eloquently form his thoughts and put them into a blog that makes sense.  I can’t do that. I watch an episode of TV and just want to be happy for the half an hour or hour it runs. That’s it.  That’s how I judge TV shows. This isn’t a TV review as much as it is a hype video in the form of a blog. You should be watching Fargo season 2. It’s on FX which makes me feel like it flies under the radar a little bit but maybe not.  It premiered last night and was everything I wanted it to be. It doesn’t matter if you didn’t watch season 1*. It’s an anthology series much like True Detective. Season 1 has nothing to do with season 2. They kept the same formula though. Minnesota accents, organized crime, multiple connected story lines, desolate shots of the landscape, lots and lots of blood and dark dark humor.

The premise is that a murder/robbery goes wrong in a middle-of-nowhere diner and three people are killed.  Then it just expands from there with all the people effected by it. The cops, the murderer (who is connected to organized crime), etc.  Oh and there’s a huge star-studded cast. There’s Kirsten Dunst, Ted Danson, Nick Offerman, Patrick Wilson and Jesse Plemons (AKA Todd from Breaking Bad AKA Landry from FNL). So many reasons to watch.

Now obviously it was only the first episode so maybe I shouldn’t be this excited but I am.  Partly because I’ve read TV critics who have seen more episodes and they say it’s great.  But also because the formula they’re using seemingly can’t fail.  It worked in season 1 and they’re doing it again in season 2. Basically if you give me funny regional accents, people getting shot in the head, sex and a good soundtrack I’ll be in. Fargo has all that and more. Watch it.

*You should watch season 1 at some point though. It’s great. I liked it more than I liked True Detective season 1.