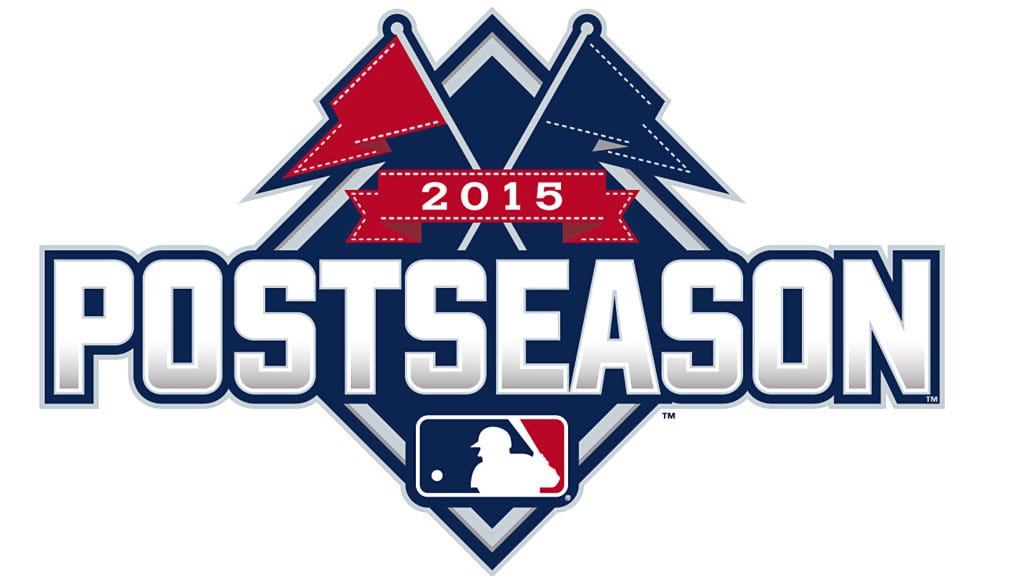 Here’s another deep dive into our opponent’s pitcher tonight. I’ve talked quite a bit about Jake Arrieta lately so we’ll kind of skimp on him today to hit you with more about the opposition. I will say this before we get started though… Arrieta is -250 tonight according to Vegas Odds. That’s about as much of a lock that you can possibly find in October. The guy is absolutely en fuego. But everyone knows that, so let’s talk about the Cardinals a who they’re putting on the bump. And FYI, if you make it through this blog, chances are you’ll know more about Michael Wacha than Wacha himself.

Michael Wacha is your classic Cardinals pitcher. He’s a big, homegrown, aggressive righty with a balanced 3 pitch mix. The Cardinals drafted him in the 1st round (19th overall) in 2012 after three stellar seasons at Teaxas A&M. He would have gone much higher in the draft (top 5-10 picks), but scared some teams away towards the end of his Junior season with some lingering shoulder issues. Insert the Cards, who leveraged immense farm system depth (much like Theo & Co. are starting to do now) to grab Wacha with the intention of slow playing his development to clean up some mechanical issues. Obviously, and of course because it’s the motherfucking Cardinals, that “re-development period” took very little time (more on this later because it’s very important). Wacha spent less than one year in the minors before being called up in 2013 and pitching deep into the Cards World Series run. Here’s what you need to know…

The first thing you notice about Wacha is his size, so let’s start there. At 6’6, Wacha possess a great frame that he uses to get on top and throw downhill. I’ve talked about this before with respect to Travis Wood and his cutter so let’s reignite the “downhill” conversation. Essentially what that means is you’re staying on top of the baseball at it’s release point and throwing the ball at an angle to the catcher’s glove. The taller the pitcher, the more angle you’re able to create. Remember, pitcher release the baseball at a high point relative to where it’s going. In this case with Wacha, that’s about 8-8.5 feet up in the air. 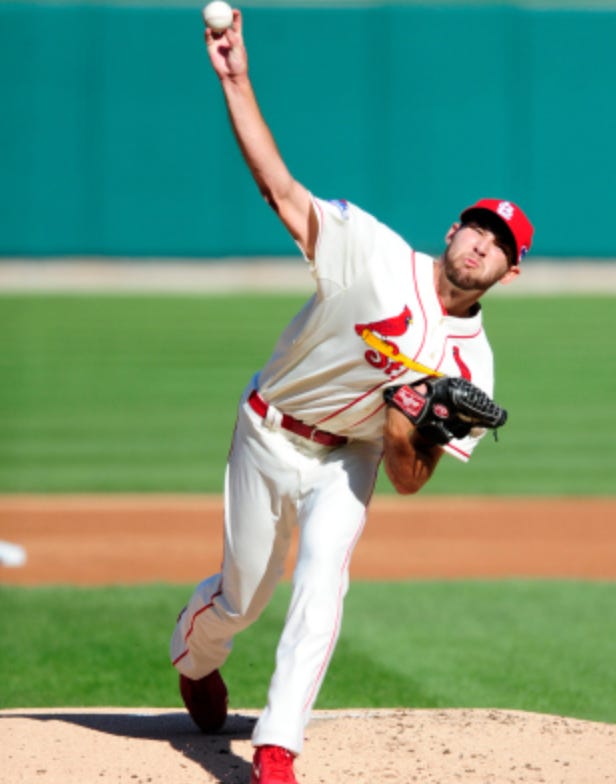 Also remember that a quality strike is generally considered knee high, so you’re throwing the ball to a target that’s about 2-2.5 feet above the ground. Thus, you can imagine the trajectory a baseball needs to take for it to be released that high and to end up that low in the zone over roughly 54 feet (the distance where he actually releases it). The ball thus comes travels on an angle down into the zone. That’s called throwing downhill, and it creates a vision problem for the hitter. Because it’s coming down at that angle, it’s hard to really see the full ball because you have to track it vertically from such a high point to such a low point. Scouts love angle because it’s like an added bonus to already throwing hard or having good stuff. Alternatively, scouts shy away from shorter pitchers because they struggle to create that kind of angle thus affording major league hitters a better look at the pitch. That just means they don’t have to track it as much vertically so they can see more of the center of the baseball.

So with all of that said, Wacha brings a solid 3 pitch mix with a lot of downhill action. That’s come at a cost though. You probably read the above and thought to yourself “If taller pitcher’s have that natural angle and advantage, why aren’t all taller pitchers that much better?” The reason is pretty intuitive and simple – it’s hard for big pitchers to repeat their mechanics much in the same way that it’s simple harder for bigger guys to be good athletes. A lot of repeating mechanics is a matter of being smooth and athletic. As you know from your storied athletic days, bigger guys aren’t always the most athletic. They can be awkward, and less graceful. Just the nature of the beast. So often times, scouts find a big guy that throws gas but can’t repeat his delivery. The end result is a big pile of shit because everyone knows the most important thing in pitching is repeating your delivery. You can’t create angle and throw quality strikes if you can’t repeat a delivery. Duh.

This is all important because at some point in his development, Michael Wacha introduced a few shortcuts that better allow his huge frame to repeat a delivery. I won’t get into the details on his mechanical shortcomings other than to say that he overrates his shoulders at the top of his delivery to set his timing right before firing towards home plate. That over-rotation creates unnecessary wear and tear on your throwing arm, and with all shortcuts, sooner or later it came back to bite him in the ass. It first started at Texas A&M when the strain caused him to lose velocity and fall in the draft. It came back again in 2014 when he went on the DL and only threw 80 innings. And again 2015 when he had to miss starts down the stretch in September to rest a “tired arm.”

Wacha’s Pitch Selection – He relies heavily on a balanced 3 pitch mix just like every other Cardinals starting pitcher in the history of time. That mix includes a fastball, curveball and changeup. The fastball/changeup combo is his bread and butter. He’s got a good change that he used to rely on very heavily. As no surprise given his shoulder issues, Wacha’s thrown less and less changeups as his career has progressed – the pronation in throwing a change (i.e., turning your hand over as you release the ball) can also add additional strain to an already strained delivery. So take comfort in knowing that his best offering really only gets thrown about 50% as much as he should throw it. I say that because our lineup should expect to see more changeups tonight because it’s the playoffs. Regular season you’d probably see a little less, but because it’s October, he’s going to bring his best shit.

His fastball comes in two shapes and sizes – four seamer and the cutter. I talked a lot about the four seamer above. It’s hard and downhill, and can create natural problems for guys to square up if he’s locked in. The other iteration of the fastball, the cutter, is just like every other Cardinal. It’s not as good as Lackey’s, but it can be down and hard. He’ll use it to get weak contact in fastball counts (1-0, 2-0, 2-1, 3-1) but it’s not anything to be afraid of with 2 strikes. It’s not an out pitch. It’s to generate weak contact.

Then finally, he throws a pretty decent curve. He’s used it consistently around 10-12% in his career. It grades out as an average pitch according to most advanced metrics, but lately has been relatively below average. You can expect it down in the dirt to right handed hitters when they’re down in the count with two strikes and have seen a lot of pitches, or early in the count to left handed hitters to get a strike. It’s not a power pitch by any stretch of the imagination.

So really what you’re looking at is a guy with a good fastball/change combo thats been relying less on the change in the regular season to preserve the strength of his shoulder and thus the quality of his fastball. We saw what that means for Wacha over the course of his first full season. He was very very good the first half (All Star nod over some guy named Jake Arrieta). He carried that over into a remarkable August (3-0, 1.13 ERA, 79 OPS+ against in 5 starts). But he hit a wall in September. The Cards had to skip a few starts. He got tired. His fastball got flat. He lost his angle and delivery and release point. All the stuff I said about his mechancis and delivery were with good reason – the point is it’s been compromised as the season’s gone on so the guy you think we’re facing tonight really isn’t as good as you think. Here’s how we beat him

Our Lineup – We match up really well with Wacha. Rizzo and Castro are both 10-22 off him in their careers (.455 avg) with 7 total extra base hits against just 7 K’s combined. Bryant’s only seen him a handful of times, but he’s 3-10 with all three hits going for extra bases. In addition to that, Wacha is actually better against lefties than he is against righties. That makes sense when you consider he’s a fastball/changeup guy… most solid FB/CH guys have positive reverse splits. So I’m not entirely sure if we start Schwarber – who has not faced Wacha – instead of Austin Jackson. Part of me thinks you only need 3 runs to beat them with Arrieta on the mound, so you might just accept that Austin Jackson is an even offensive threat to Schwarber in this matchup, which in that case you start Jackson for his plus left field defense.

In any event, I think the big sleeper tonight is Soler. I think you start him in right after his big game on Saturday. I think he matches up well with Wacha’s approach and splits. And I think he has one of those big games we talk about for years to come. IDK. It’s just me.

Predictions – Arrieta will have another solid game. I’m talking 8 innings of 1 run ball. Our lineup won’t be your traditional lefty on righty lineup, but that’s why we have a guy like Joe Maddon pulling strings alongside one of the best front offices in the game. I think there will be a lot of talk about how Wacha’s been to the postseason before and done pretty well (31 innings, 3.48 ERA, some nice games in 2013), but we’re actually going to get a different product. One that’s got a tired arm and flat stuff and not really what everyone expected a few months ago when he was an All Star. As such, I think we take a 2-1 series lead and we end up winning this game similar to how to we took the play-in game.