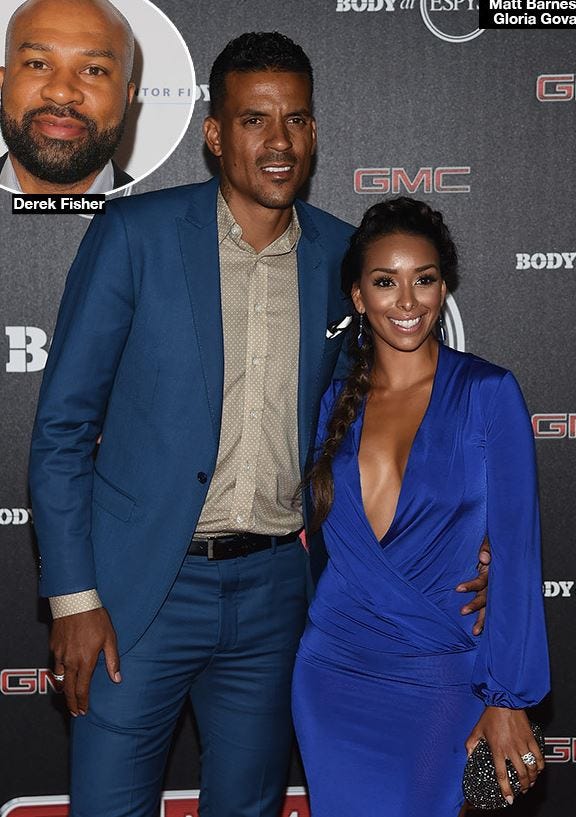 So by now everybody has heard the story of how Derek Fisher is banging Matt Barnes estranged wife. When Barnes found out he hopped in his car and drove 100 miles to beat the shit out of Fisher. It’s a hilarious story and was blogged perfectly yesterday. But on a serious note you have to fire Fisher if you’re the Knicks right? Like coaches can’t be fucking other players’ estranged wives. They can’t be fucking their girlfriends. They can’t be fucking their ex’s. They just can’t. Players can do the shit all they want. That’s what being a player is all about. It’s about being a me guy. Get me the ball. Give me my minutes. Give me all the pussy. But once you become a coach that type of pussy becomes off limits. This was a selfish fuck by Derek Fisher. You can’t have coaches put pussy above team. It doesn’t matter if Barnes is on the Knicks or not. This type of fuck says Fisher is a me first guy. That guy will never be a successful head coach. I know you probably think this is crazy logic but I’ve honestly never been so sure of anything in my life.