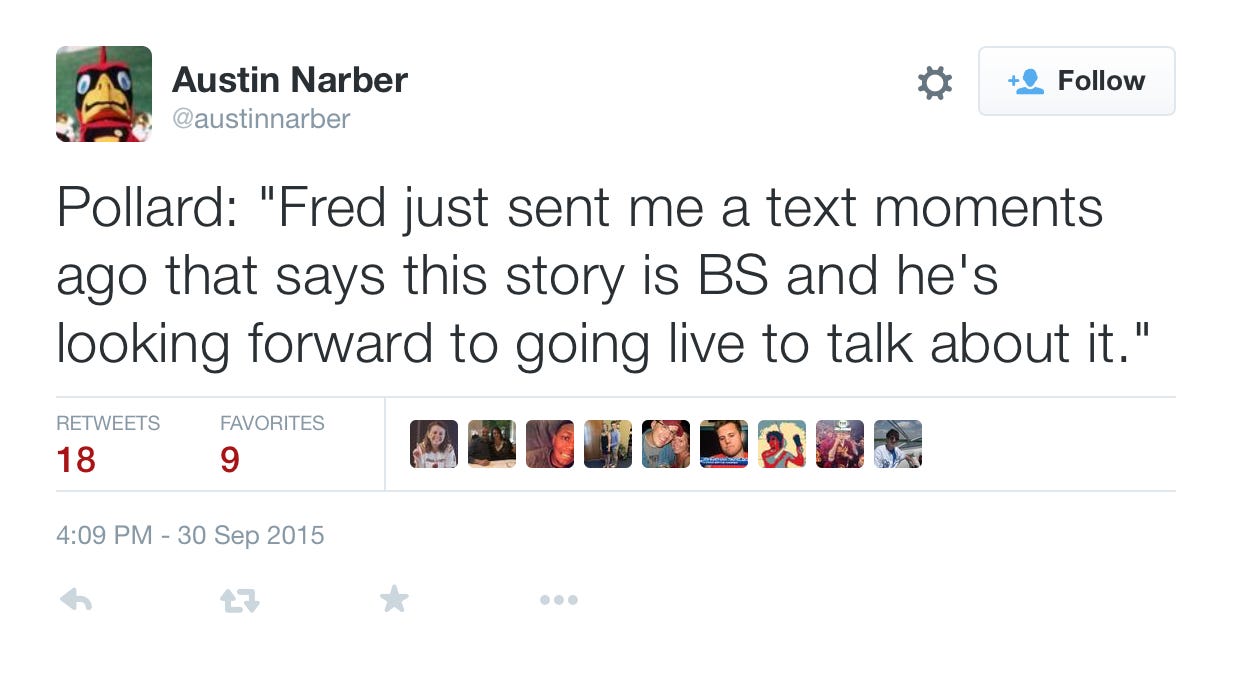 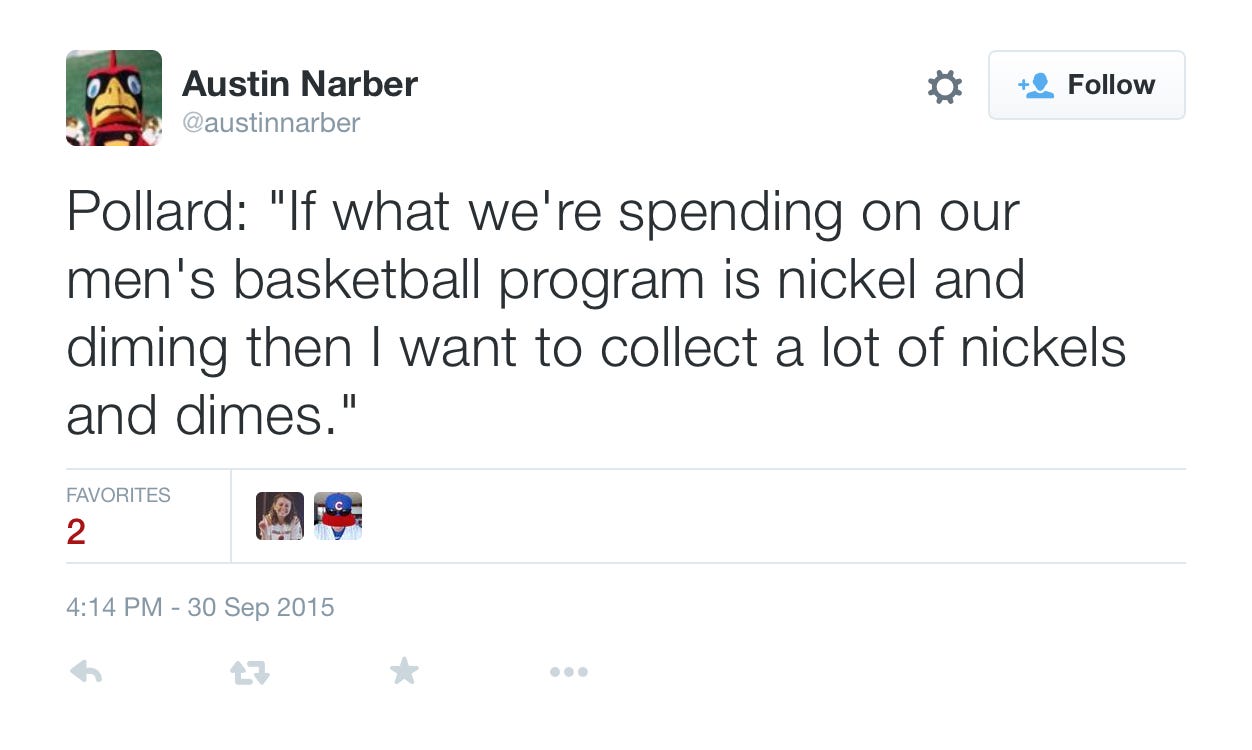 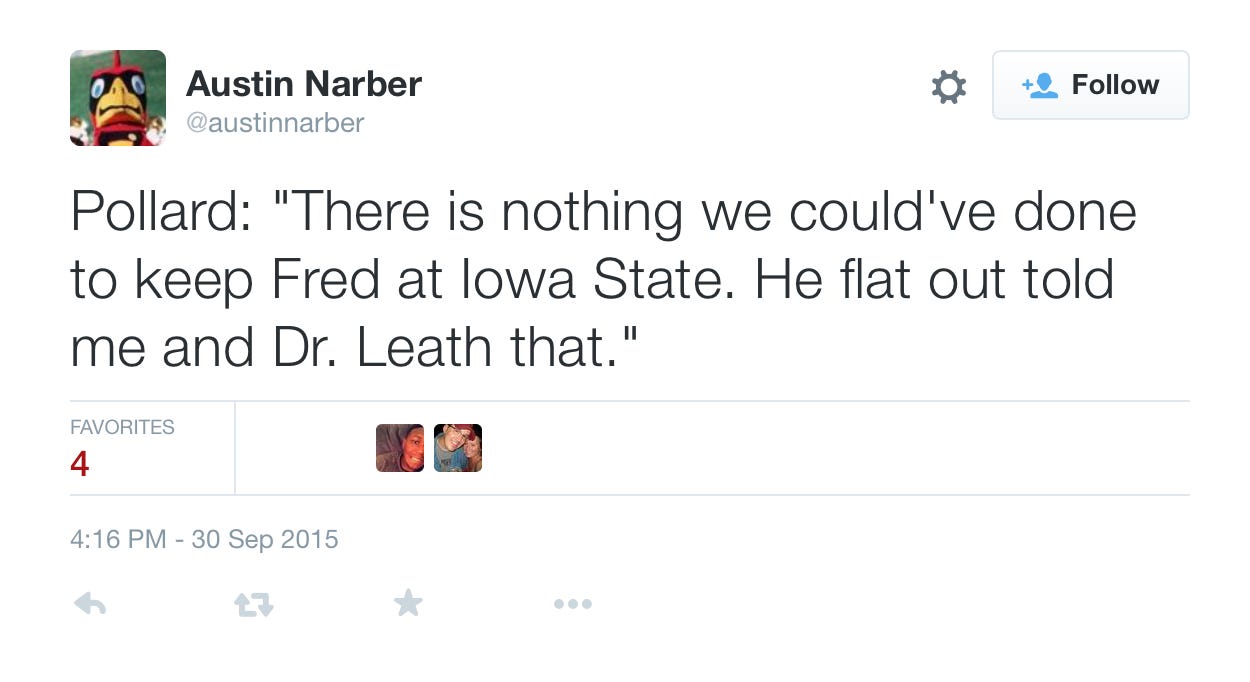 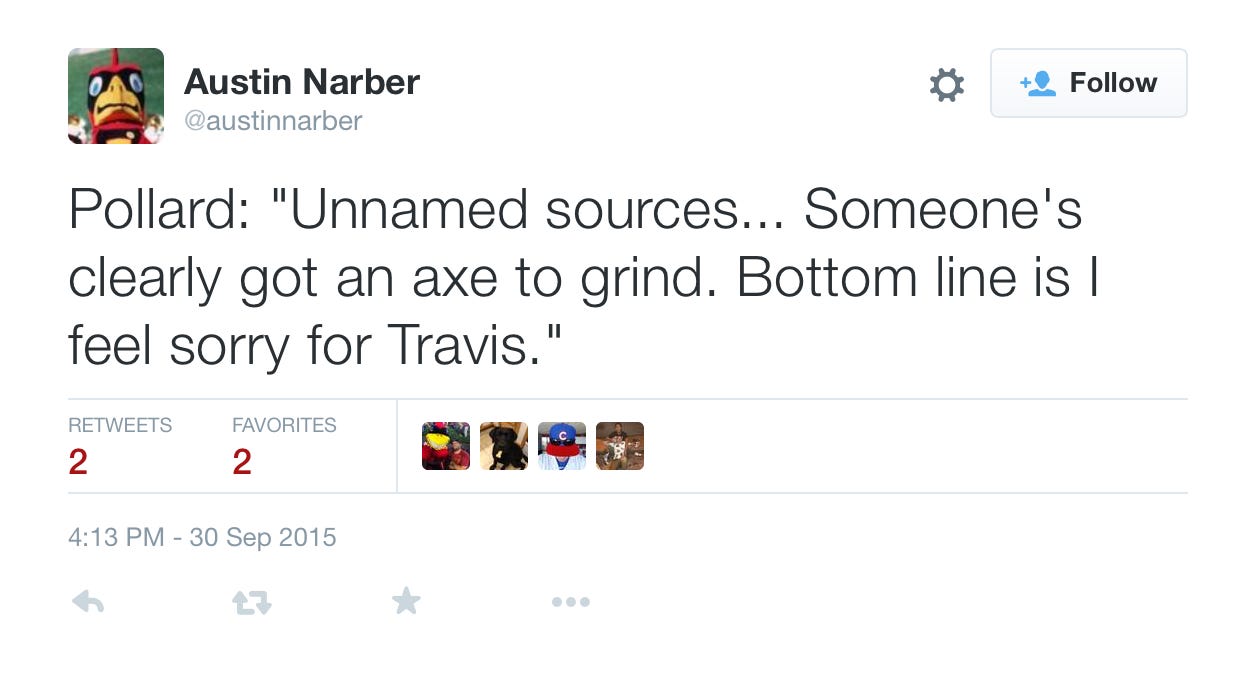 Well that flipped pretty quickly huh?  Everybody was ready to bury ISU AD Jamie Pollard for running Fred Hoiberg outta town over money and it turns out that isn’t going to be the case at all.  Turns out the guy who wrote the piece might be the one looking for a job. That right there is the definition of getting posterized.  Travis Hines, the guy who wrote the Nickel and Dime piece, is gonna have a lonnnnnnnnng day.  Somebody is lying and it sounds more than likely that it was the sources who he talked to for the article.  That they had some sort of axe to grind with Pollard and company.  Brutal for Travis Hines.  One second you’re on top of the world thinking you broke a huge story about in-fighting between coach and AD. Next second you’re going down in smoke.  Lesson learned.  Never ever go full Broussard. I listened to Pollard and Hoiberg on the radio and they put the dude on BLAST. I don’t know what the hell is going on but anonymous sources, man. Riskyyyyyyy business.  Just ask Chris Mortensen.