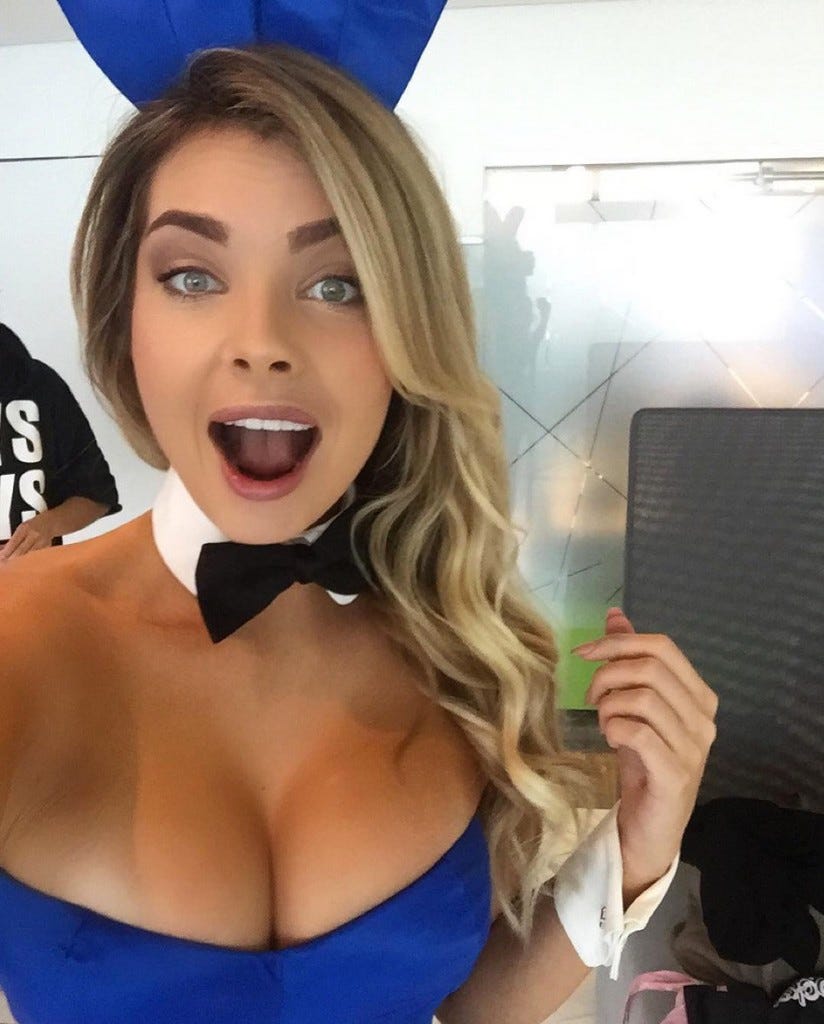 Death and Taxes – At the Playboy Mansion’s Midsummer Night’s Dream Party in August, the 22-year-old [New Zealand-born Playboy model] Sarah Harris, who had participated in an online contest for the Playboy website, was working the event with other models when they spotted Bieber with 18-year-old Kylie Jenner. Harris’s story begins with how she came to the defense of Bieber when one of her model colleagues working the event got huffy because the 21-year-old pop star didn’t want to take a picture with her.

“I said to her,” Harris explained, “‘Look babe, we’ve kind of been taking photos all night and we’re over it. Imagine how he feels. He gets that every single day.”

Harris then spoke of how Bieber approached her and expressed his gratitude for helping him out with the needy model by giving her a kiss on the cheek and then a squeeze of the tit. “He grabbed my boob!” she said, “and it was my instant reaction to just backhand him across the face!”

Harris went onto say that Bieber didn’t even apologize for the groping. “He kind of freaked out and didn’t even say anything,” Harris added.

It’s easy to lump this one in as a classic Justin Bieber being an entitled scumbag moment and it’s also just as easy to throw out some tried and true “Whoa total power move by Bieber, straight savage tit grab to show he’s interested” as if this proves he’s some sort of cocksman. But I think more than anything this only proves how detached from reality Justin Bieber’s life is. That “kiss on the cheek/squeeze of the boob” combo platter is probably all it takes for 99% for women to hop directly onto Justin Bieber’s dick within seconds. He doesn’t even have to spit game at this point, women know who he is and his entire deal and they’re either in or not and that one second of direct interest is all they need to know it’s mutual. The tit handshake is a bold and assaulty move by any normal human standards, for sure, but Justin Bieber doesn’t live in our world. He drives cars that defy the laws of physics and has grown men carrying him around and wears leather pants in public to do normal activities. He doesn’t exist in a realm any of us can truly comprehend. So if his normal mating call of tuning in Tokyo on a chick doesn’t work then that’s not his fault. He just doesn’t know any better.

Also kind of weird that Justin Bieber is hanging out with Kylie Jenner. Is this Sarah Harris chick just not as in touch with American celebrity and mixing up her story by confusing Jenners — pretty much an act of war against our great nation and its famous attention whores — or is Bieber somehow slaying both Jenner girls? I can live with him notching the Selena Gomezes and other assorted models and even Adriana Lima rumors but if Justin Bieber somehow pulled both Kylie and Kendall Jenner it’s time we all go Full Pres and put Bieber posters above our dining table like he’s Kim Jong Un and accept the fact that Bieber has this life thing figured out in a way none any of us can ever dream of.

And if this Sarah Harris is wrong, well, she looks like this so she still gets a pass and a tit squeeze of respect and gratitude: 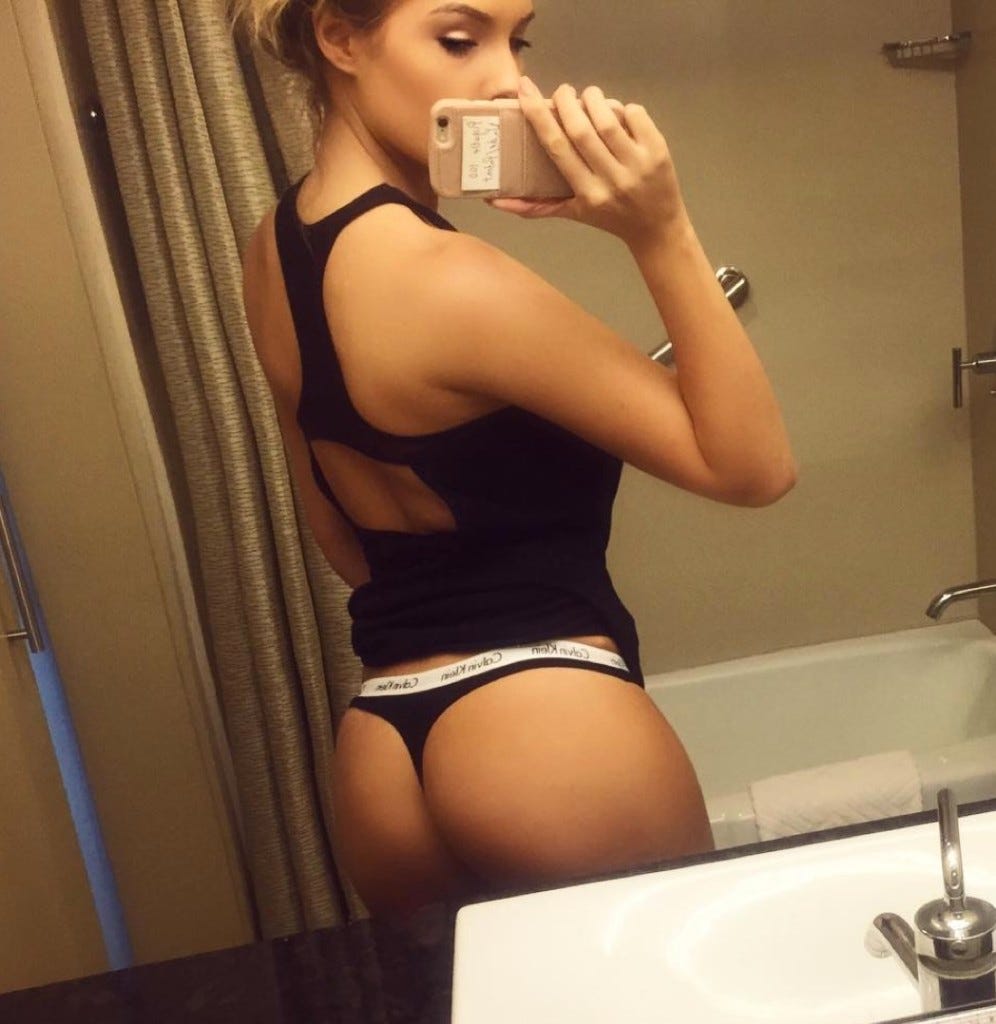 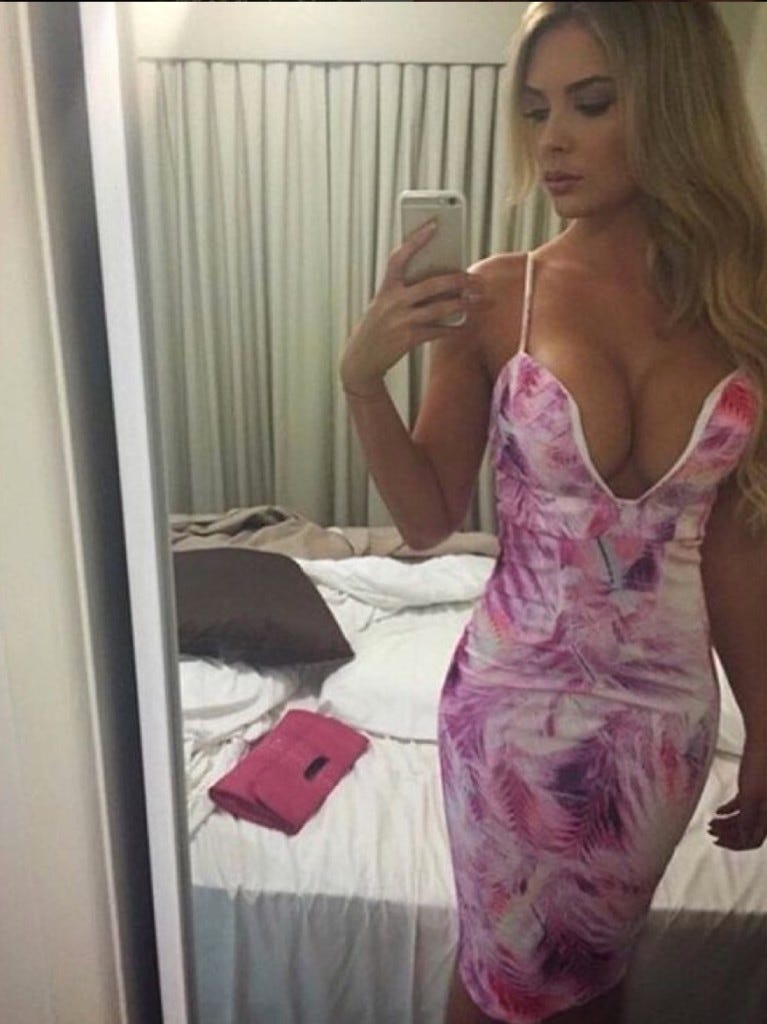 And here are the NSFWs since she is a Playboy model after all. Honestly though, the clothed ones above are better. Playboy has always Photoshopped girls to death but this girl looks like an old Lara Croft on Sega Saturn in some of these pics. You’d almost have to squeeze her just to make sure she isn’t made entirely out of pixels after looking at those.