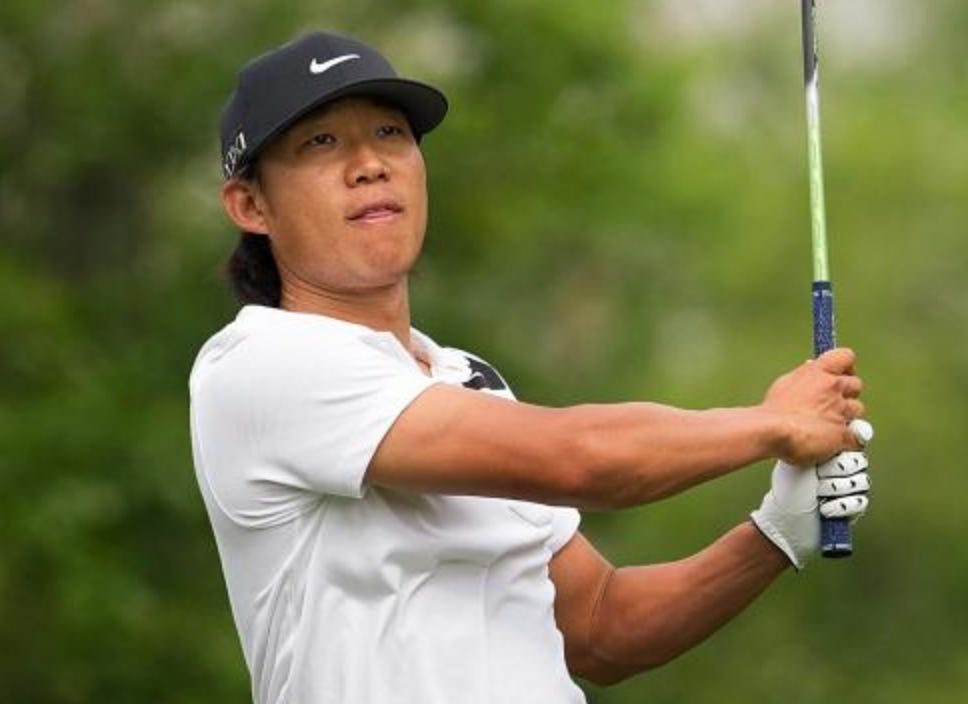 Golf Channel- Anthony Kim was tired of whispers on the PGA Tour about what was wrong with him and his game, so he found a patch of grass behind a row of trees down from the practice range at Quail Hollow and hit balls for two hours. This was where he won his first PGA Tour event in 2008, when he was fearless, brash and backed it all up with an exciting brand of golf. He ended that year by demolishing Sergio Garcia in the leadoff singles match at the Ryder Cup, the last time the Americans won. Kim referred to Quail Hollow as the start of his career. ”Hopefully, I can start a new one here,” he said. Two days later, he shot 74 and walked straight to his car, dumped his clubs in the trunk and drove away. That was 2012, and he hasn’t been back. ”Golf is a fond memory of mine,” Kim said Tuesday, his first interview in three years. ”I’ve been watching more and more. I miss the competition a little bit. Watching these young guys like Jordan Spieth is bringing me back to watch.” Is it enough to bring him back to play? Not yet. Maybe not ever. ”Here’s what I’m telling you today,” he said. ”I’m going to step away from the game for a little while and get my body pieced together. Instead of going from an Achilles injury to try to go 180 mph and not fixing the problem … I’ve got so much ground to make up from injuries – rotator cuff, labrum, spinal fusion, hand injury. I’ve had six or seven surgeries in the last three-and-a-half years.” Asked if it was possible that he played his last round on the PGA Tour at age 26, Kim paused, chuckled and said, ”Anything is possible. Isn’t that what the slogan says?”

Cool man. You’re hurt. You might play again. You might not play again. You don’t think the reputation you have for being an unfocused party boy is fair or accurate. You’re rehabbing blah blah blah. I don’t really give a shit about Anthony Kim anymore to be quite honest*.  Maybe it’s because I watched that “Never Say Die” mini-documentary about Jason Day this morning and it’s hard to hear a person make excuses after that. Especially excuses that seem to be self-inflicted.  Nobody made AK walk away from the game in 2012.  He did that himself. I know he has a lot of injuries. Okay. Every player has injuries. I have a question: Why did he do this interview?  Felt like a spotlight grab to me.  We learned nothing from that interview. Don’t give us the “anything is possible” run around.  Either tell us you’re coming back to play or shut up.

This part is laugh out loud funny

‘If you don’t like the way I live, change the channel. You’re the one who tuned in here,” Kim said.

Uhhh we did change the channel. To a new generation. Kim is the one popping up now doing an interview that nobody asked for.

There was time when I thought the golf world was gonna need Anthony Kim.  The young guy with the swagger, the Nike backing and the cool belt buckle who was gonna be a transition to a younger generation. Well guess what?  That was 4 years ago and we’ve moved on. We’ve moved on to Day and Spieth and Fowler and McIlroy.  Anthony Kim is 30 now and admitted that he hasn’t played a round of golf in 18 months.  Why are we supposed to care about that?  Give us a reason to care, AK. In that Never Say Die doc Jason Day talks about a moment when you can either stand pat and be just another guy or you can “walk towards the fear” and become something great. Anthony Kim sprinted away from the fear. Ain’t nobody got time for a guy like that.